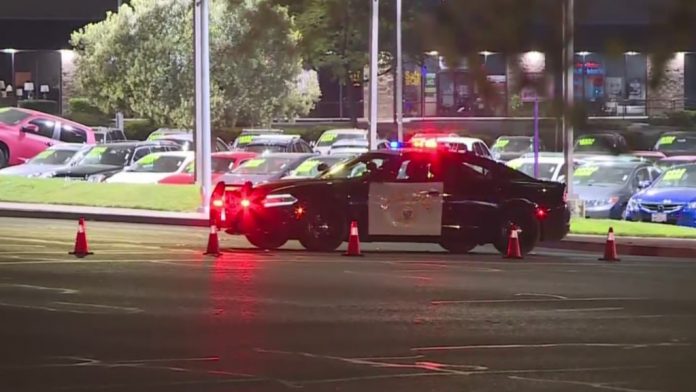 ROSEVILLE (CBS13) — The person suspected of shooting at a Roseville police officer several times has been taken into custody.

Roseville police say the incident started just before 2 a.m. Tuesday when an officer tried to pull over a suspect near Harding and Douglas boulevards. The suspect wouldn’t stop, however, and instead got onto Interstate 80.

While on the freeway, police say several shots were fired at the pursuing officer from the suspect’s car.

Active search for a gunman after Roseville Police attempted a traffic stop, driver didn't stop and he opened fire. No officers hit. But 1000 near Riverside & Cirby being told to shelter in place. @RSVL_Police @CBSSacramento @GoodDaySac pic.twitter.com/zGRW45LnhT

Eventually, the suspect got off the freeway at Riverside Avenue. The suspect then got out and ran.

Westbound I-80 was closed for a time in the immediate area for the investigation, but it reopened around 6 a.m.

Residents in the area got out and ran were told to shelter in place.

Police later confirmed just before 6:30 a.m. that the suspect was located and taken into custody without incident.

The name of the suspect hasn’t been released at this point.

Jason Reynolds writes for youth “searching for themselves as characters”

Bob Schieffer on the fight over fake news, information overload

“iGen” author on why today's kids are developing more slowly