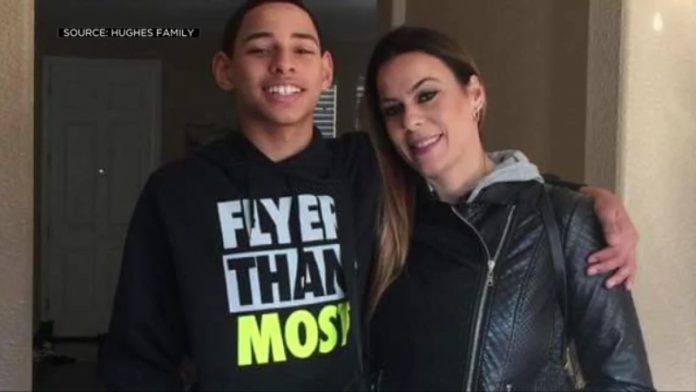 FAIRFIELD (CBS13) – A Fairfield teenager who was shot earlier this month has died.

A family member of 17-year-old Daniel Hughes told CBS13 about the news of Daniel’s passing on Monday.

At a public gathering in support of Daniel and his family earlier this month, his father, Dejon, expressed his grief at the shooting: “No words can explain the pain that I feel right now that was my only son and he was a good young man, talented in many ways.”

Dejon says his son was a star multi-sport athlete at Vanden high school, had over a 3.0 GPA, and was offered scholarships to play D1 football in college.

Police say the suspect, identified as 18-year-old James Williams, has turned himself in.

Behind the GOP sweep in House special elections

Residents stock up on supplies and hunker down for the storm