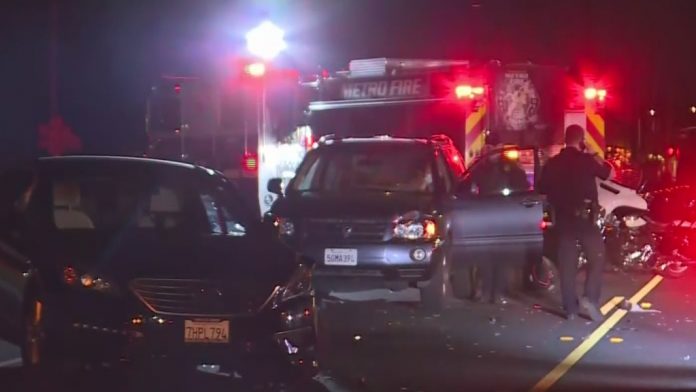 SACRAMENTO (CBS13) – A mother was killed while trying to help a pedestrian who was hit by a driver on Folsom Boulevard near Bradshaw Road.

A second Good Samaritan was also hit but tell us she didn’t suffer any serious injuries. She shared a photo with CBS13 showing damage done to her car. The front left side of her car was smashed and part of her tire came off the rim.

The woman says she and the mother were waiting for first responders to arrive when a car slammed into them. She says the deadly incident has her feeling like she lost her own friend, although they had both just met in the moment while trying to help the injured pedestrian.

“Even though some really want to help, best thing is to stay off the roadway,” said Officer David Martinez with CHP.

Officer Martinez says officers encounter Good Samaritans all the time. He says putting your life at risk to help by getting in the middle of an accident isn’t the best thing to do.

“As bad as you want to help, you got to think about your safety and your family’s safety as well,” he said.

He says if you come across an accident, first completely get off the roadway, call 911, and provide as many details as possible.

Transcripts of contentious calls between Trump and foreign leaders leaked

30,000 residents fill shelters in Fort Myers ahead of Irma