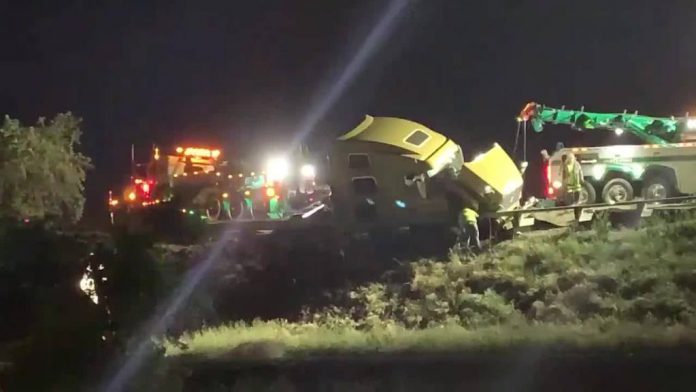 WOODLAND (CBS13) — A big rig cab ended up perched precariously on a guardrail after a crash along Interstate 5 in Woodland early Tuesday morning.

The crash happened a little before 5 a.m. along the southbound side of the freeway near East Main Street.

Exactly what led up to the big rig crashing is unclear, but the wreck left the southbound onramp blocked.

One lane of I-5 was blocked by the incident as crews worked to right the big rig.

By 7 a.m., the E. Main Street onramp was reopened.

The driver of the big rig was not hurt in the crash, officers say.

At least 10 injured by turbulence on United flight

Man bikes across the U.S. to educate America about the solar...

“Behold the Dreamers” selected as next Oprah's Book Club read