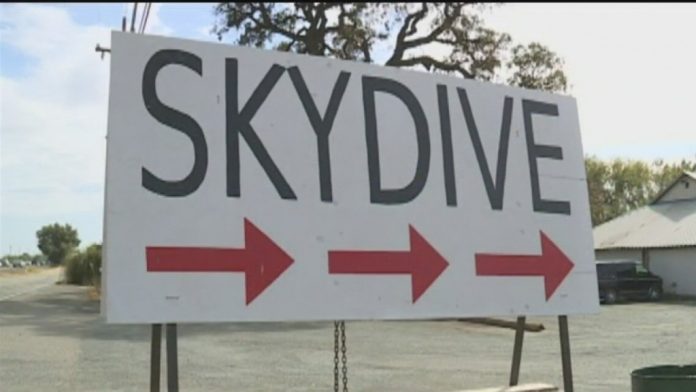 LODI (CBS13) – A parachutist at the Skydive Lodi Parachute Center in Acampo died Saturday after her parachute got tangled on the way down, the San Joaquin County Sheriff’s Office announced on Sunday.

Authorities said calls came in at around 2:30 p.m. regarding the woman coming down with the parachute tangled. She was identified by the San Joaquin County Coroner as 57-year-old Sabrina Call of Watsonville.

At a press conference on Monday, Bill Dause, the owner of the skydiving business, said Call was an experienced skydiver who had close to 2,000 jumps. She had been jumping from the facility for the past year.

Skydive Lodi Parachute Center has seen over 20 deaths since it opened in the 1980s.

Just recently, a family won a $40 million lawsuit against the facility in their son’s death. Tyler Turner died when his parachute did not open up in his 2016 jump. An investigation revealed the tandem instructor Turner was paired up with – who also died – was not properly certified.

CBS13 calls to the parachute center were not returned.

The sheriff’s office said the Federal Aviation Administration is also investigating the incident.

In a statement, the FAA said, “Federal Aviation Administration investigations of skydiving events are limited to inspecting the packing of the parachute, reserve parachute, and rules of flight for the pilot and aircraft. The FAA does not investigate to determine the cause of the event.”

Congressman Colin Allred weighs in on Facebook's suspension of Trump

John Dickerson on the most recent White House shake-up

Investigators probing if Trump campaign got info from Russian hacks