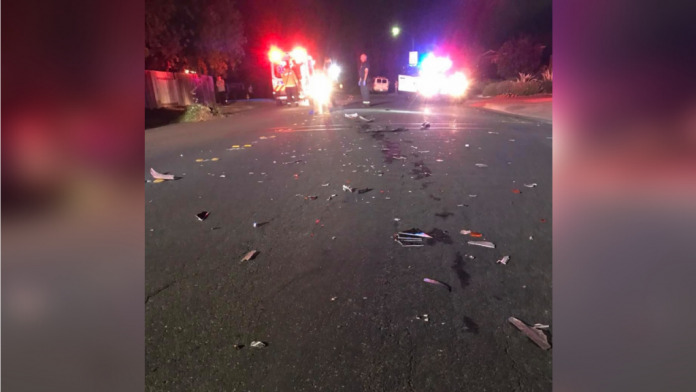 WOODLAND (CBS13) – An 18-year-old is in custody accused of intentionally hitting another man with a car following an argument, the Woodland Police Department said on Sunday.

On Saturday at around 9 p.m., officers responded to reports of an argument and traffic collision near Casa Linda Drive and Cleveland Street, the department said. A man was found lying in the street and was hospitalized for injuries. According to Woodland police, there was vehicle debris and a license plate in the roadway.

Investigators learned that there was no traffic accident and found that Woodland resident Dominic Daddow intentionally hit the other person with a vehicle.

Daddow was booked into the Yolo County Jail on a charge of assault with a deadly weapon and other related charges.

Papa John's founder to step down as CEO