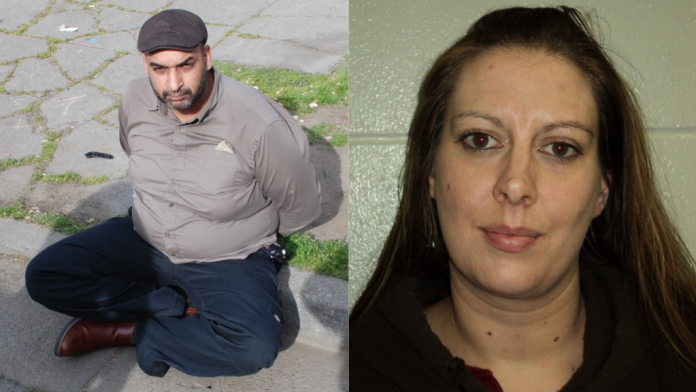 The arrests came as part of an eight-month investigation that put three other dealers behind bars. The sheriff’s office said agents from the Amador County Combined Narcotics Enforcement Team arrested Barry Stanbridge on December 10, 2020, Joshua Peabody on Jan. 14, and Michael Doner on March 8. All three were identified as narcotics dealers.

On March 24, agents served a search warrant at Monfross and Azeem’s Stockton apartment, where they seized nearly 15 pounds of meth, four pounds of heroin, a pound of cocaine, fentanyl pills, a stolen gun and over $31,000 in cash, the sheriff’s office said. In total, authorities said the drugs seized from the apartment had a combined street value of over $250,000.

Monfross and Azeem were both booked into the San Joaquin County Jail on charges of possession, transportation, and sales of controlled substances and narcotics, felon in possession of a firearm, carrying a concealed firearm, and child cruelty.

On March 17, CBS13 interviewed both Monfross and Azeem after a car nearly crashed into their apartment, nearly hitting a wall the couple said their baby was near.

Las Vegas shooting: What investigators are looking for