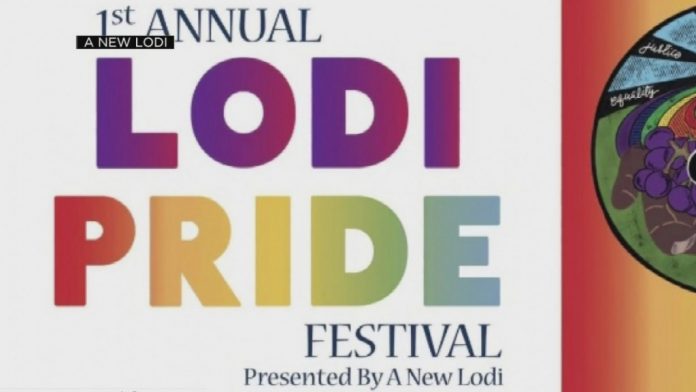 LODI (CBS13) – Lodi just announced the location for the city’s first-ever pride festival, so as many celebrate getting back to normal, others are looking at it as a new beginning.

A reason to celebrate in San Joaquin County now is that it is officially in the less restrictive red tier and already on to the next step – planning festivals.

“I’ve come out to many people and have not gotten positive feedback,” Ellis said. “There have been a lot of hurtful situations, but that’s why we’re doing this.”

This week, they nailed down the location at Highwater Brewing.

“It’s wonderful. We love it. We support the community completely,” said Steve Altimari, president and brewmaster at Highwater Brewing. “We don’t know how big it’s going to grow. I love it. We have the space for it so we’re just going to take advantage of that.”

The beers were pouring once again at Highwater Brewing in Lodi – and everyone is toasting to that.

“We literally put everything on hold. We were a banquet facility,” said Altimari. “We did parties, private parties, banquets. That destroyed us. It was so weird.”

Surrounding cities – including Sacramento and San Francisco have well-established Pride Festivals, but Lodi is set to have its first one in June. Ellis says many choose to stay closeted in Lodi – worried they won’t be accepted.

“It’s very important to be having it here for visibility but also for community,” she said. “The more that we can build this community into love and acceptance that it needs.”

Lodi’s Pride Festival kicks off all day Friday, June 5 at Highwater Brewing. That’s 10 days before California’s official reopening. They say they’ll be following all the COVID guidelines, including social distancing and extra sanitizing.

“I have gotten a lot of phone calls and messages and emails where people tell me they are just in tears because they feel like for the first time ever they are being recognized in Lodi,” Ellis said. “But there is positive change spreading and we want to be a part of that new wave of positivity, acceptance and love.”

The Arizona GOP's Maricopa County audit: What to know about it