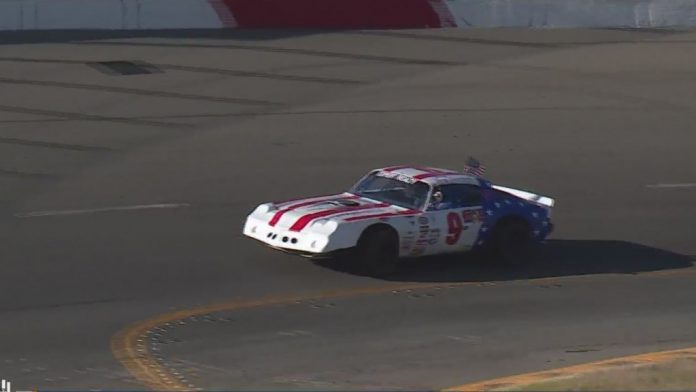 ROSEVILLE (CBS13) – Engines revved and fans cheered as crowds returned to the All American Speedway in Roseville for the first time in over a year.

As Ricky Bobby would say, “if you’re not first, you’re last.” But this week, it wasn’t about where a driver places. Many felt that as long as fans were back in the stands, they felt like winners.

“That buzz, you can’t get it anywhere else,” said Harry Lambert, the 79-year-old driver of the #9 stock car on Saturday.

Even in a year with tons of turns, he kept going left.

“If I go to sleep while I’m on the track driving, I’ll know it’s time to quit,” Lambert said.

Having people in person to see him kicked him into high gear.

“It’s still good, to look up there and see fans in the stands – it’s better,” he said.

That includes race fans like Paula Mills and her partner, Steve.

“This is home to me,” Mills said. “This is my favorite thing in the world to do.”

More than a year and a half ago, back in November of 2019, the couple had their first date in the All American Raceway stands. It was the last time the races would allow them to watch. Now months later, they’re among the hundreds happy to be ‘home’.

“The greatest place on Earth,” said Steve Jeffries. “With the greatest person in the world.”

Saturday had a sold-out crowd as the state lets off the brakes. The raceway can host 20% capacity, about 1,500 people. Masks are required to enter, but many people took them off as they sat in the grandstands. To distance, staff taped off certain rows from the public.

“To keep it safe so we can keep growing that attendance and grow forward,” said Bill McAnally, the track promoter.

“I’ve seen it go from nothing to where it is now,” Mills said.

Back on track, the Roseville racing community hoped the checkered flag – the finish line – of the pandemic is near. Fans say they’ll keep coming back. The next major race day, according to the raceway’s website, is May 1.

Tax Day is May 17: What you need to know about filing this year

Florida mother goes missing after friends, family get texts from her phone that she has COVID-19

What is Kim Jong Un's goal?