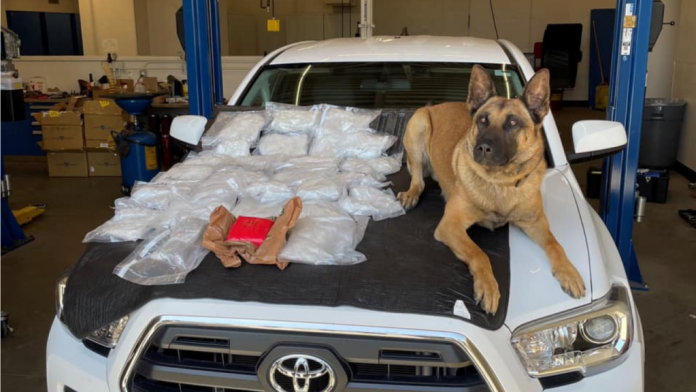 PALERMO (CBS13) – A man pulled over for speeding south of Palermo was found to have around 25 pounds of meth inside his vehicle, the Butte County Sheriff’s Office said.

According to the sheriff’s office, Shawn Nowlin, 48, of Chico, also had 388 counterfeit oxycodone pills inside of his vehicle. The vehicle was towed to a location in Chico where a search warrant was served and the items were seized from the vehicle.

Around a pound each of heroin and fentanyl were also located inside of the vehicle. Authorities said the amount of fentanyl located was enough to produce more than 544,000 counterfeit pills.

He is being held on $1 million bail.

Texas water park caters to all kids, even ones in wheelchairs

Trump supporter's advice: have someone proofread your tweets

Budget cuts could lead to slaughter of wild horses

Amateur photographers will bring the solar eclipse to the world