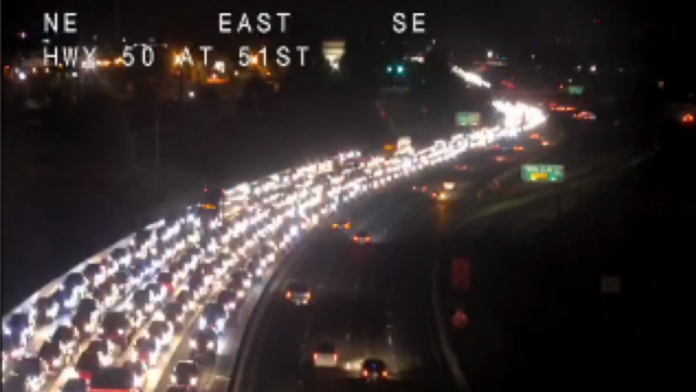 SACRAMENTO (CBS13) – One person was hospitalized after a crash involving three vehicles caused a major backup on Highway 50 in Sacramento on Saturday night, the California Highway Patrol said.

The CHP said the crash happened just before 8:30 p.m. near Stockton Boulevard.

A Prius stopped behind a truck that stalled out in the number 4 lane, and both vehicles were struck by an SUV that failed to stop in time, officials said.

Westbound Highway 50 was fully closed in the area for about 40 minutes.

Volunteers in Texas look for anyone left behind

What Gen. Kelly brings to the White House chief of staff...

What Uber is looking for in new CEO

Investigators want to know if soldiers were set up by villagers...