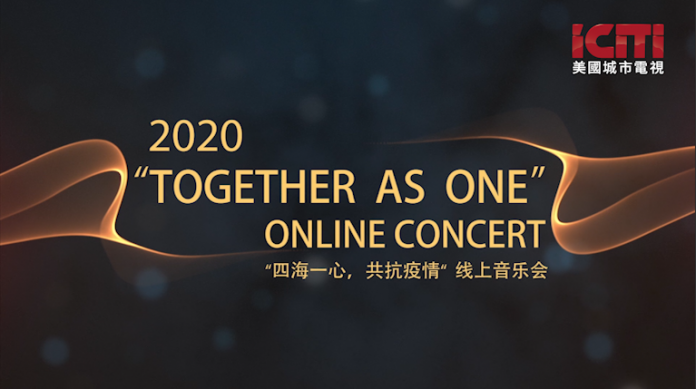 Over 100 American and Chinese musicians and artists joined the “Together As One” online concert today. They encouraged the public to stand against COVID-19. This concert, combining Eastern and Western cultures, aims to comfort the audiences and bring positivity through the musician’s performances. 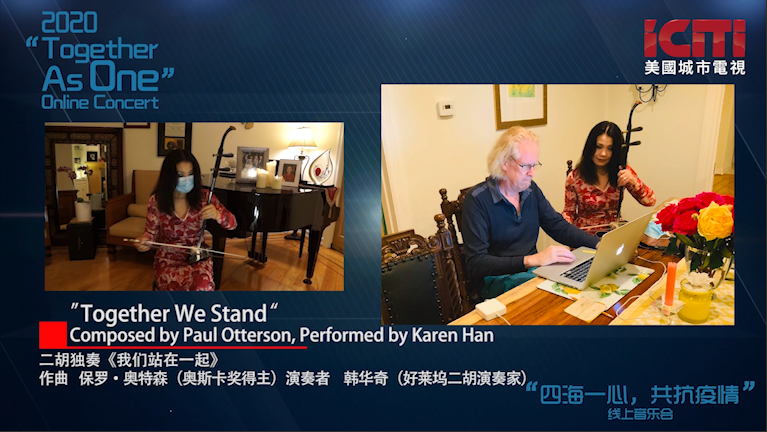 Oscar winner Paul Ottoson and his wife Karen Han, a renowned Chinese Erhu performer, jointly composed the musical piece, “We Stand Together,” for the concert, which combined western musical elements into the Erhu performance, allowing eastern and western arts to stand together against the virus. 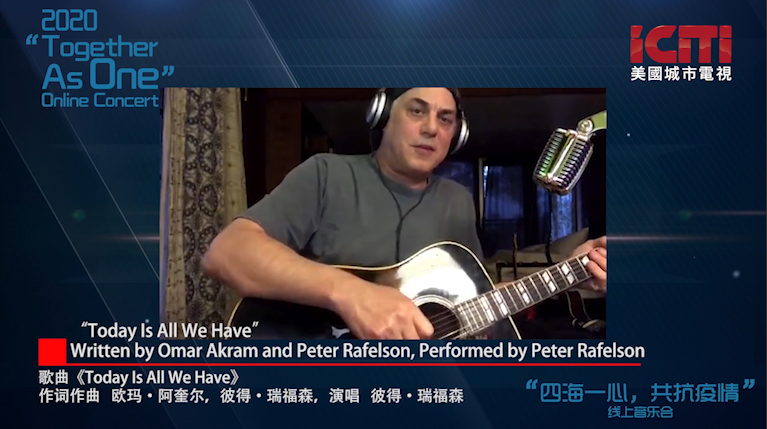 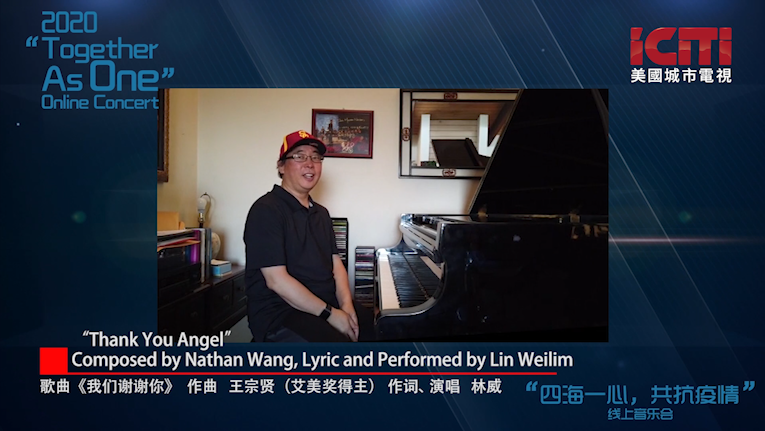 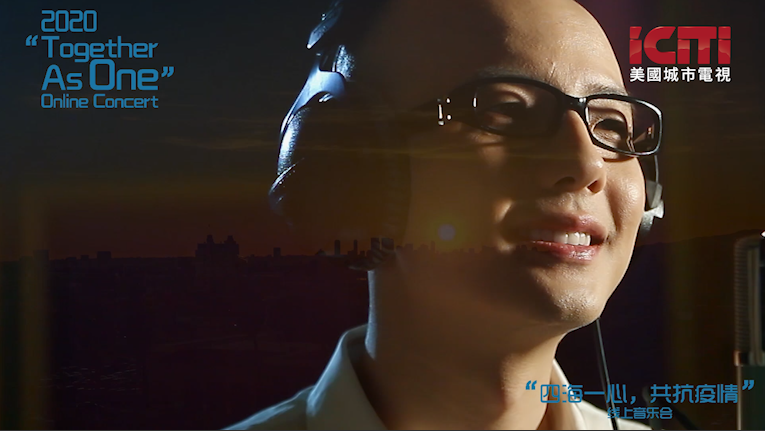 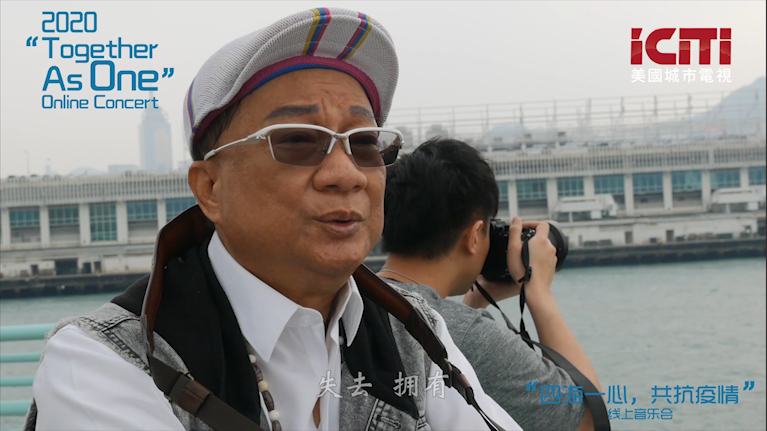 Original songs featured during this concert include “Thank You Angel” by Emmy Award winner musician Nathan Wong, “Today Is All We Have” by Hollywood platinum music producer Peter Rafelson and Grammy Award winner Omar Akram, “Blessing” by Hong Kong director Siuming Tsui and his son Marco Tsui and “Promise Me” composed by George Su and Kevin Su with lyrics by Chinese screenwriter Liping Wang and Chinese singer An Ping. These songs were created for this concert to encourage people to face this epidemic with optimism. 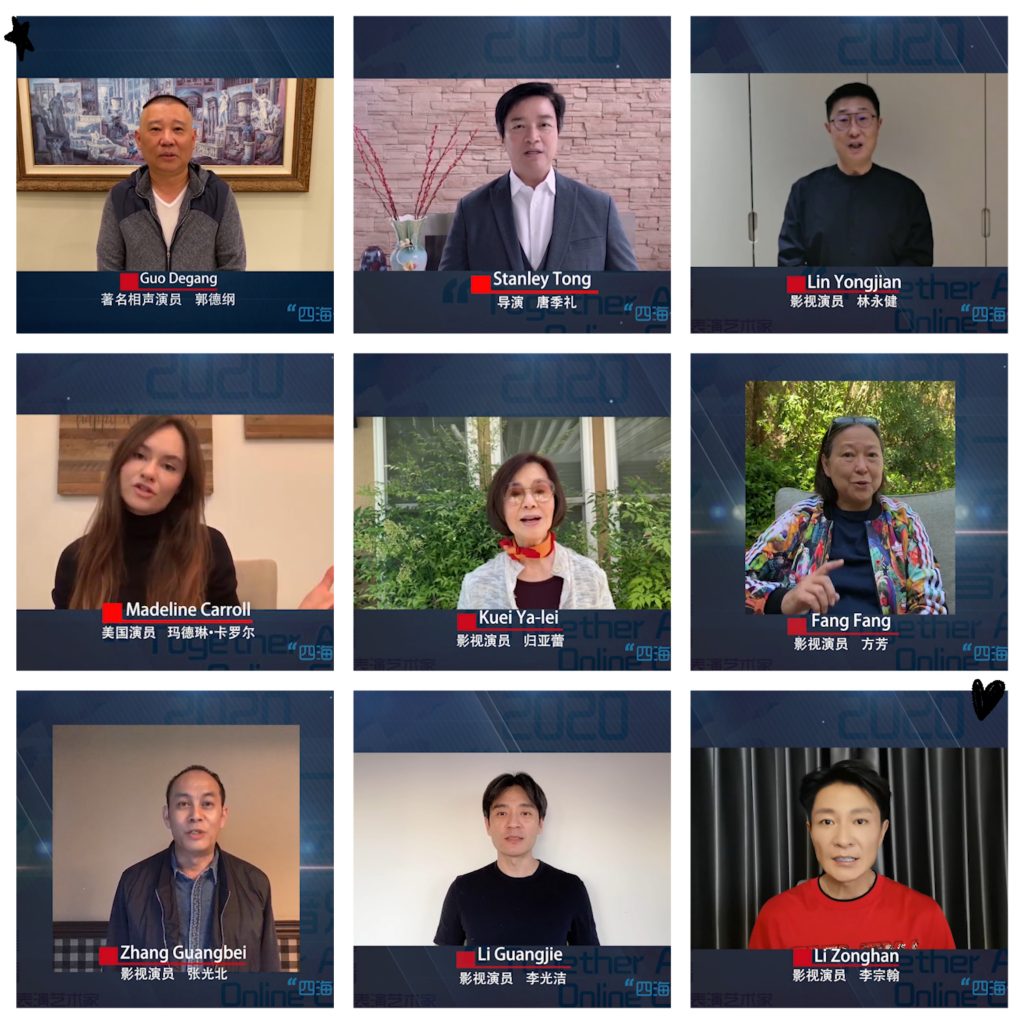 Grammy award winner Patrick Blackwell performed a moving piece, and Madeline Caroll, the leading actress in the Hollywood hit-film “Flipped,” made an appearance during the concert to share an emotional message of love and unity. 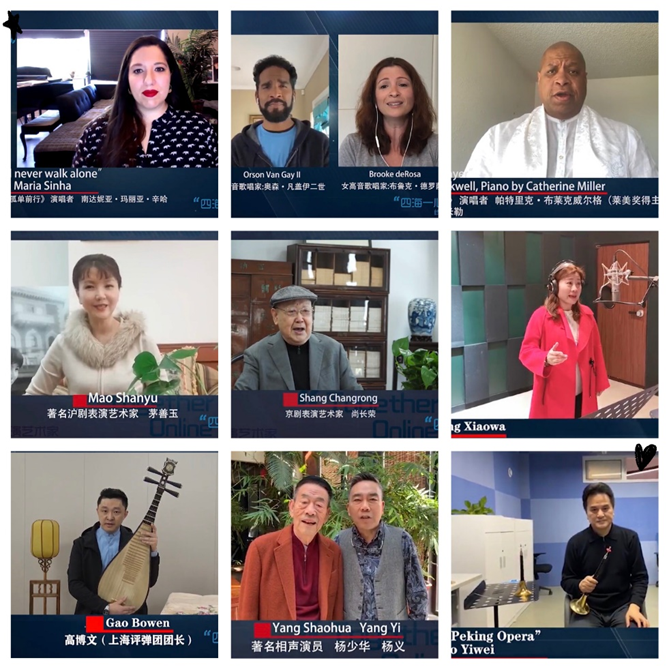 Peking Opera master Changrong Shang performed a wonderful program. He said: “In these difficult times, although traffic is blocked,love and trust cannot be blocked; there will be a shortage of resources, but there will not be a shortage of love and trust. Through virtual means, we may stay connected, and the beautiful music can heal the pain and bring a hope for life.” Many musicians and artists from both U.S and China gave heartwarming performances and greetings for the audience during the concert.

“Thank you very much for being able to have such a wonderful concert in this particularly difficult period. Art and entertainment truly can help us get rid of annoyances. Thank you for all your hard work and wish you health and safety.” said Los Angeles County Supervisor Kathryn Barger.

The organizer, chair of EDI Media James Su noted that we hope to spread goodwill through this concert, warm people’s hearts, and convey love and friendship to the world through music. Music has no borders, and I hope that music will be able to bring people together. I believe that if people from all countries stand in solidarity together to fight against the epidemic, we will usher in a better future.

Is Trump shifting his red line on North Korea?