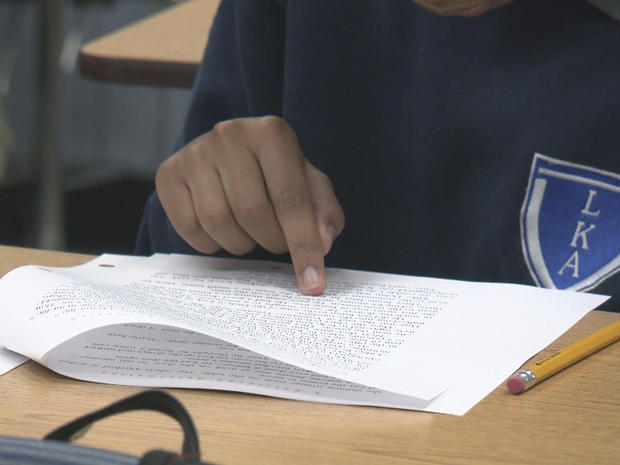 As an only child, Cathy Drennan gravitated toward grown-ups, especially smart ones. "I was kind of an intellectual, geeky kid," she laughed. "I'd go to a dinner party and there was a kids' table and an adults' table, and I was like, 'I'd rather sit at the adults' table, 'cause the conversation will be more interesting!' I was a nerdy little kid!"

Come first grade, the "nerdy little kid" landed in the highest reading group at school, only to realize she could not learn to read.

"And they're like, 'Okay, let's, like, drop her down a little bit … Nope. How about down a little further?'" Drennan said. "And I don't know how many reading groups there are, but I was in the bottom."

Determined that her smart child not fail, Drennan's mother did research, found a specialist, and got the diagnosis: Severe dyslexia.

Correspondent Susan Spencer asked, "For someone who is not dyslexic, is it like if I were to look at Arabic?"

"That's sort of how I felt," Drennan replied. "Like, I just couldn't make any sense of what I had in front of me."

Yale University Dr. Sally Shaywitz defined dyslexia as "an unexpected difficulty in reading in an individual who has the intelligence to read at a much higher level."

Beginning in 1983, she and her husband, Dr. Bennett Shaywitz, who have been married for some five decades, began tracking the reading of more than 400 kindergartners picked at random. They're still tracking them today. "And what we found was that one in five were dyslexic," said Bennett.

"I would've thought maybe one in 20," said Spencer.

"Well, that's what the dogma was," Bennett said. "But now it's clear that it is very common."

But perhaps their most important finding: There is no link at all between dyslexia and intelligence.

"The biggest misunderstanding is that people who read slowly aren't smart," Sally said.

Bennett said, "In typical readers, certain areas in the left side of the brain are typically activated. In dyslexic readers, there's an inefficient functioning of those systems that we now know are for skilled reading."

In severe cases, that inefficient functioning can turn the printed page into a hodgepodge of indecipherable shapes. To Cathy Drennan, it would be like "Chinese characters for people who don't read Chinese characters."

"If you're not dyslexic, it sounds crazy, doesn't it? Because our brains just do it automatically," said Dr. Laura Cassidy. Her daughter, Kate, failed reading in the first grade. "She couldn't learn the alphabet – not just writing it, but also saying it, also reading it."

Like Cathy Drennan's mother, Cassidy, a retired surgeon, refused to accept failure, and hired a private tutor. Today at 17, Kate is doing better, though still coping with dyslexia.

Spencer asked Dr. Cassidy, "Instead of just moving on after your daughter was situated, you went a different way. You saw a larger cause. And I'm just wondering why you did that."

"Well, across the United States, there's a huge group of children that do not learn to read," she replied.

So, in 2013, Dr. Cassidy opened the Louisiana Key Academy, a public charter school in Baton Rouge just for dyslexic students.

She said, "If you're dyslexic, and your family doesn't have money, it doesn't mean that you shouldn't get what you need."

Spencer asked, "If I were to walk into a classroom here, what, if anything, would be different?"

"We start in the early years with teaching them how to pull the words apart, the decoding part,' Dr. Cassidy said.

Fifth grader Emmy Youngs told Spencer that before coming to the Louisiana Key Academy, reading was "my worst nightmare." Today, she and her fellow students are excelling.

In her previous school where she'd struggled to read, fifth grader Mackenzye Jupiter said, "It made me feel, like, a little bit dumb and stupid that I couldn't do much things as all the other kids could do."

"But you knew you weren't dumb and stupid, right?" asked Spencer.

Spencer asked, Dr. Cassidy, "So, absent a school like this, what happens to these kids?"

"There's diminished high school graduation, diminished entry into college and college graduation. And we know that there's a number of people with dyslexia that are incarcerated," she replied.

A fact that led her to a Louisiana maximum security prison, the Elayn Hunt Correctional Center in St. Gabriel, and that led just recently to an astonishing finding: "Of the prisoners that we screened and tested, we found that over 50% had dyslexia," Dr. Cassidy said.

Her numbers are very similar to those of an earlier prison study in Texas.

"If your self-esteem is battered and you're not really learning, and you have an option to go on the streets, you go to the streets," she said.

Twenty-one-year-old Jonathan Wilson is one of the inmates in Dr. Cassidy's study. He has dyslexia, but until now no one knew it.

"It was real slow. It was real hard for me to understand the words," he replied.

He never finished high school. Wilson, a first-time offender, is serving a 12-year sentence, charged and convicted of armed robbery. "So, here we are," he said.

Spencer asked, "And what do you say to people who might say, you know, 'Why should I care about dyslexia in prisons?'"

"It's a life; why wouldn't you want to help the life?" replied Dr. Cassidy. "And then, if we want to reduce recidivism, you can do that easily if you identify them as dyslexic and give them the tools that they need."

A small first step: The prison reform bill passed last year, with a big push from Laura Cassidy's husband, Bill Cassidy, who just happens to be a U.S. Senator from Louisiana. The law calls for dyslexia screening in prisons.

When asked what he'd like to do once he is released, Wilson said, "Clothes design. I would like to design things."

It may not be an impossible goal despite dyslexia. Which brings us back to Cathy Drennan. She ended up teaching herself to read in the sixth grade, but not the way most of us do. "I recognize the shape of words, and I see the shape, and I say, 'Oh, that's that word.' And then I memorize what that word sounds like," she said.

She seems to have gotten good at it; Drennan is now a tenured professor of chemistry and biology at MIT in Cambridge, Massachusetts.

"The way that I learned to view the world from learning to read, memorizing these shapes, and looking at shapes, and thinking, 'What is that shape? What is this language? What is this code?,' definitely makes me a better scientist," she said.

Though encouraging, isolated success stories like Drennan's also remind Dr. Cassidy of the challenges ahead. When asked how we as a society is doing in terms of dealing with dyslexia, she replied, "Terrible. We should be screening for dyslexia at the end of kindergarten. I mean, at this point in time, reading and writing are still necessary prerequisites to success in life."

Spencer asked, "Are you better able to crack the code than you were before?" 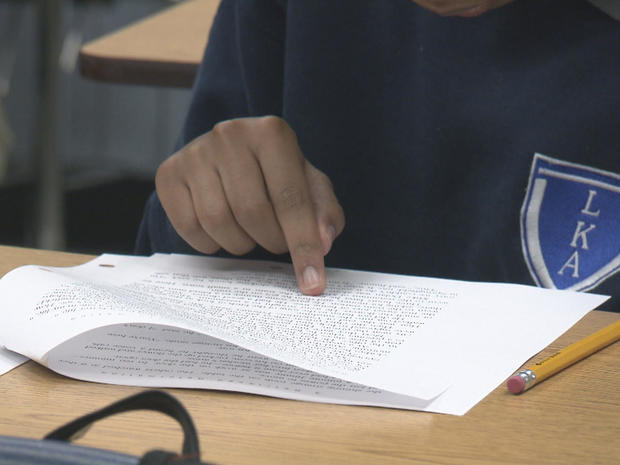 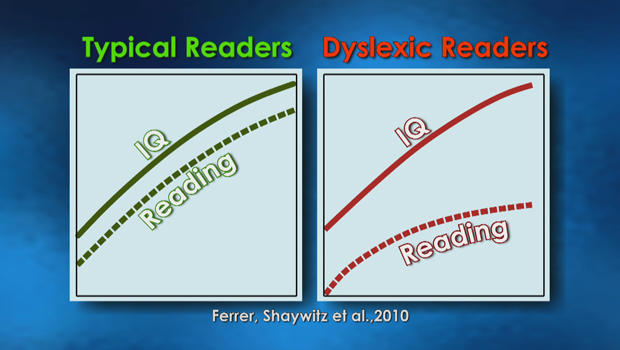 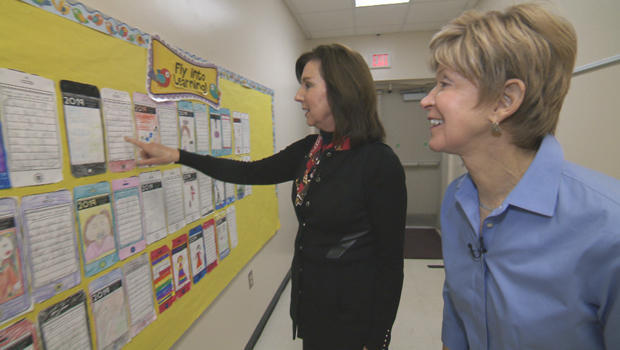 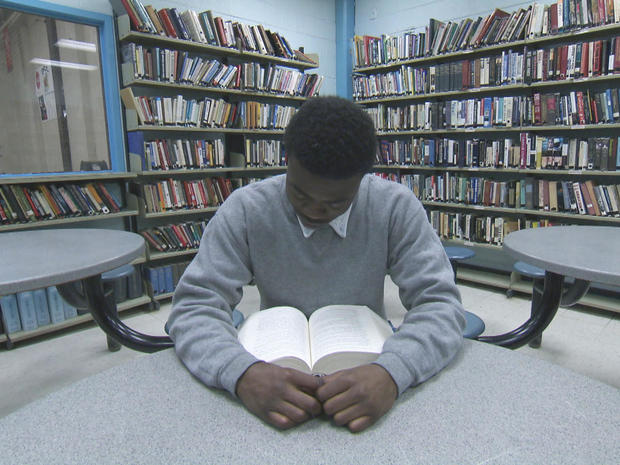 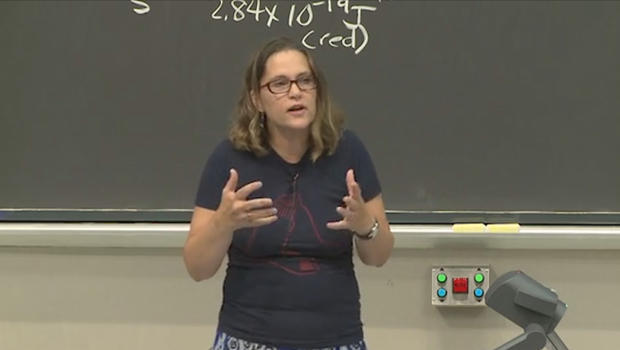 Hurricane Irma expected to strengthen before it hits Florida