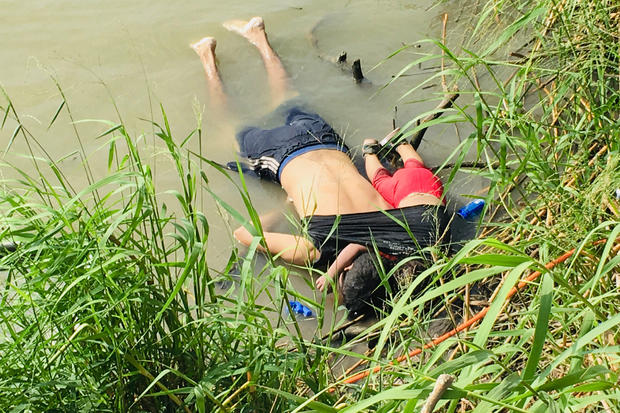 A tragic image from the southern border reveals the grim reality facing many Central American migrants who make the dangerous journey.

The image shows a young father and his daughter who died trying to cross the Rio Grande in south Texas. They were found in shallow water, a few hundred yards from where they tried to cross. The girl is still clinging to her father's neck. This follows outrage over U.S. officials returning more than 100 migrant children to a facility where they reportedly lived in inhumane conditions.

The father, Óscar Alberto Martínez Ramírez, had traveled from El Salvador with his family, hoping to claim asylum in the United States. On Sunday, Martinez's wife said the family decided to try and cross the Rio Grande.

She said her husband and daughter made it across on the first attempt. But when he tried to go back for his wife, the toddler tried to follow and fell into the water. She said Martinez grabbed the toddler, but the two were swept away by the current and couldn't get out.

The tragic story comes as CBS News is learning more about the migrant children who are being held at border facilities. One hundred children were returned to a Texas facility yesterday, after more than 300 had been removed following reports that they were living in horrible conditions.

Customs and Border Patrol says they have less than 1,000 unaccompanied children in custody and that they're using the facility again to help streamline the transfer of the migrant children to the Department of Health and Human Services.

Lawyers who inspected this facility last week told us they found children who were hungry, and didn't have regular access to soap and showers. Many were sleeping on concrete floors, they added.

A CBP official told reporters yesterday that "I personally don't believe these allegations." 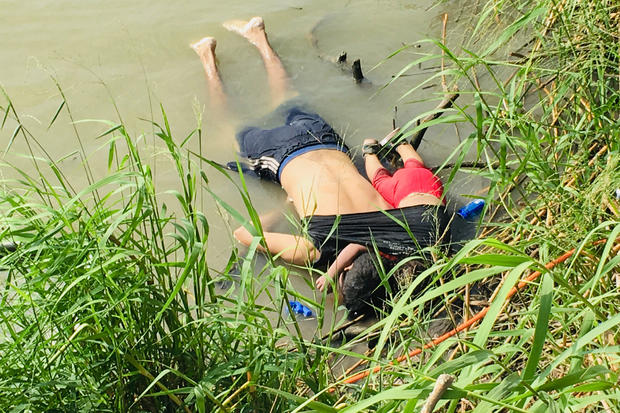