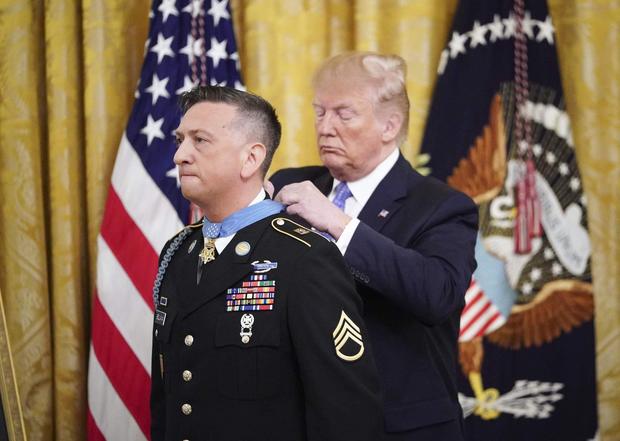 Lyndonville, N.Y. — President Trump on Tuesday awarded the Medal of Honor, the nation's highest military decoration, to Army Staff Sgt. David Bellavia. He put his life on the line in Fallujah to save his squad in the bloodiest battle of the Iraq War in 2004.

Bellavia and his 10-man squad were going house to house, searching for terrorists. It was 15 years ago on his 29th birthday. "We walked into a house and on the second door inside the home bullets started flying," Bellavia said.

A deafening maelstrom of tracer rounds flying in every direction were captured on camera by journalist Michael Ware. Bellavia fired a machine gun to cover his squad's retreat, but felt he had failed his men and failed the infantryman's code of battle.

"I ran out because I was out of plans and I was scared to death," he said. "We fight until you don't fight anymore and we take you out. But we don't break contact."

In his documentary, Ware described what happened next. "Someone had to go back in there. Someone had to kill them," Ware said. "It was Staff Sgt. Bellavia."

Followed by Ware and one other soldier, Bellavia went back in to the pitch black house. He killed three of the enemies and wounded a fourth.

"He just rolled and he tore up the stairs," Bellavia said. "This guy's hurt and I, I like my chances with a guy that's hit repeatedly. And he's bleeding. I could see the blood. He's mine."

The rest of what happened is as savage as combat gets and Bellavia put it all in this book. On Tuesday, he became the first living soldier to receive the Medal of Honor for his actions in Iraq.

"My award has always been that i'm alive and i'm home. And that's the greatest thing in the world to have," he said.

Here's something even greater: Every man in his squad came home alive with him. 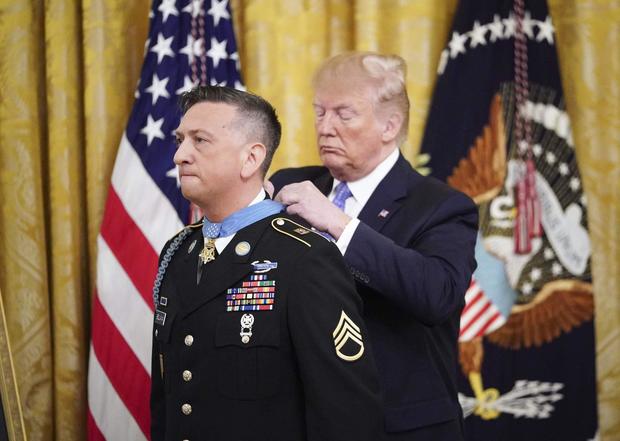 January 6 committee issues first round of subpoenas to four Trump...

Billie Eilish and Nike pair up for vegan Air Jordans