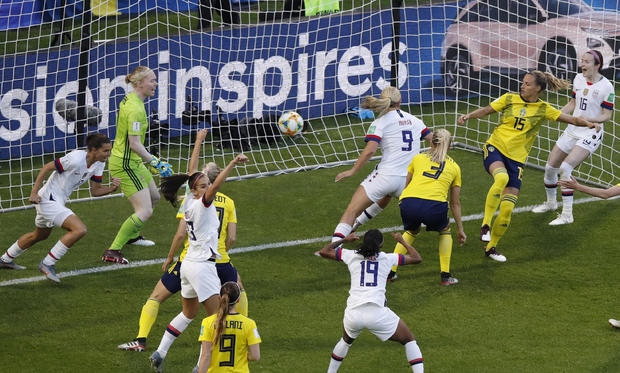 The Women's World Cup tournament is attracting a record number of viewers, pointing to the growing popularity of women's soccer around the world. When Team USA, the defending champions, takes on Spain in Reims, France today, they'll be playing before another sold-out stadium.

And if you want a ticket for the semifinals or final of this World Cup, you're out of luck. They sold out in 48 hours – just one sign that women's soccer is making big strides.

Team USA has been training for its toughest game so far in a tournament that's more competitive than ever. "I think that it's been crazy the past four years, the development of every other country," said midfielder Allie Long.

Correspondent Roxana Saberi asked, "What do you think this good competition says about the growth of women's soccer in the world?"

"Oh, it's so exciting," Long replied. "It's amazing to see. As much as we want to reign as champions, we know it's gonna probably be the hardest one to remain number one."

England and France (where women were banned from playing organized soccer for much of the last century) now boast top national teams, and they're not alone, says Grant Wahl, a senior writer at Sports Illustrated.

"You see countries like Argentina getting better, the Netherlands, Spain, Italy, and these are countries where soccer is embraced, but only recently has women's soccer started to be embraced," Wahl said.

It helps that national federations and clubs are spending more on women's soccer, allowing some athletes to make a living off the game. Corporate sponsors like Visa and Nike are also tapping into the players' star power.

And women themselves are also demanding more recognition and equal pay. In the U.S., there's a lawsuit filed by 28 players claiming gender discrimination. It's set to go into mediation after the World Cup.

Also, just yesterday, Nigeria's team staged a sit-in at their hotel in France, calling for their bonuses to be paid.

The knockout phase of the 2019 FIFA Women's World Cup began Saturday, June 22 with the Round of 16. Here's the remaining schedule. Download your printable bracket from our friends at CBS Sports. 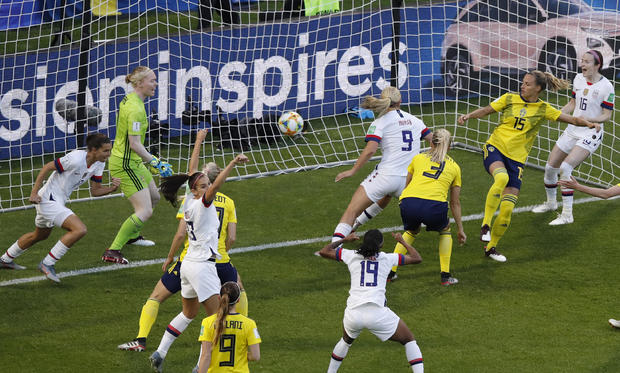 When can you order Apple's iPhone 13 and other new gear?