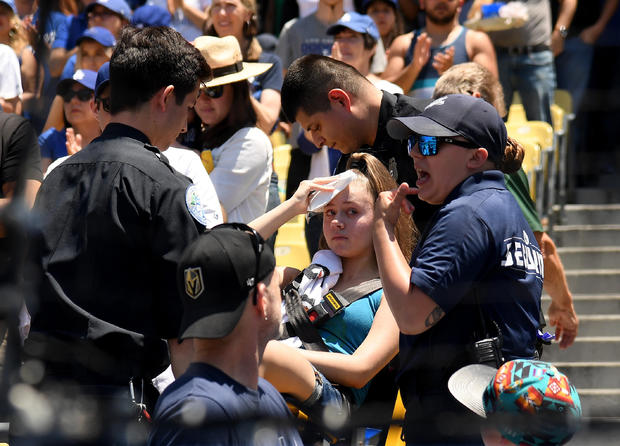 The Los Angeles Dodgers said they intend to extend protective netting at Dodgers Stadium, after a line-drive foul ball hit a woman in the head Sunday. She was taken to the hospital for tests.

That follows a vicious line-drive in May by Albert Almora in Houston that struck a 4-year-old girl in the head. Distraught, Almora dropped to his knees. Luckily the girl was OK.

Line-drive injuries gained attention after a woman was killed by a foul ball last year at Dodger Stadium. All 30 major league teams have protective netting from home plate to at least the end of the dugouts. Now two teams, the Chicago White Sox and the Washington Nationals, said they will extend their netting all the way to, or close to, the right and left field foul poles.

"A ball coming off a scorching liner into the stands is going to come off the bat at over 100 mph and will travel 130 feet in about a second," said physics professor Eric Goff at the University of Lynchburg.

Dodging a rocket like that is difficult at best, he said, especially for a young child. The force of impact, Goff said, is like having a 10 pound weight dropped on your head from a height of more than 6 feet.

At Nationals Park, they're planning to use the All-Star break to install netting almost all the way to the right and left field corners. Owner Mark Lerner said he decided to do it because he was so deeply affected by what happened to that 4-year-old girl. 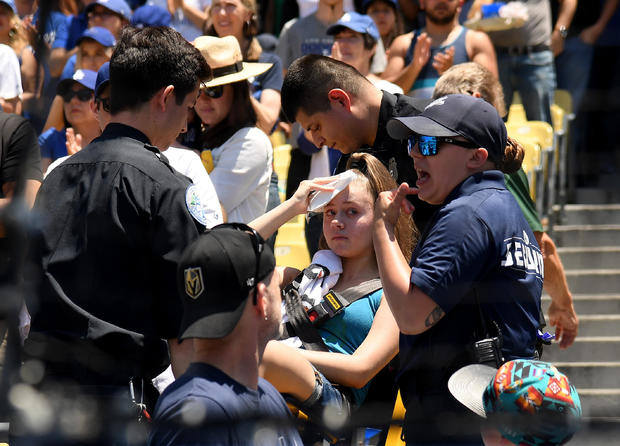 Keeping up pressure on Syria

COVID has now killed about as many Americans as the 1918...