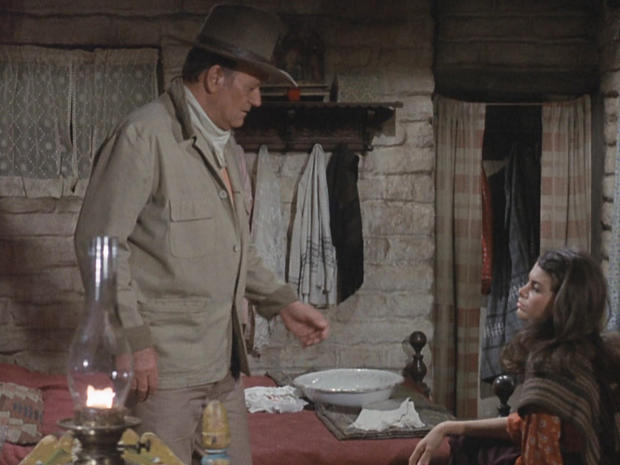 Sherry Lansing fell in love with movies as a child growing up in Chicago. Her father would take her to the cinema on weekends. "He'd watch Harold Lloyd, Charlie Chaplin," she recalled. "And I'd watch him laugh and then I'd watch him cry, and I'd watch him be moved. And so, I saw that film could be about something, but could also change the way you think."

Lansing went on to change Hollywood, when she became the first woman to run a major movie studio – a true Hollywood story told in a recent book ("Leading Lady: Sherry Lansing and the Making of a Hollywood Groundbreaker" by Stephen Galloway). But when she headed west at the age of 22, this future pioneer first tried acting.

She was in a commercial for Ivory dish soap, and then was cast as a young Mexican woman in 1970's "Rio Lobo" starring John Wayne.

And, Hawks told her, she should speak in a deep voice, like actress Lauren Bacall (whom he'd directed in "The Big Sleep"). "So, I was supposed to speak like this through the whole movie. She couldn't have a Chicago accent, she couldn't be animated. I hated it."

So, Lansing quit acting and put her college English degree to work reading scripts. "I had a desk and I had a script, and as uncomfortable as I felt when I was acting, I felt equally the opposite reading scripts. And strangely enough, I wasn't afraid to express my opinions."

She rose up the ranks quickly, working on movies like "The China Syndrome" and "Kramer vs. Kramer," and in 1980 she was named president of production for 20 Century Fox.

Rocca asked, "Did you appreciate how big a deal that was at the time?"

"Not initially, of course," she replied. "But then, when it got on the front page of every newspaper, The New York Times' headline was, 'Ex-Model Becomes Head of 20th Century Fox.' I mean, that shows you what the time was like!"

As a studio head she had power. But she didn't enjoy overseeing everyone else's movies. So within three years, she stepped down so that she could produce her own films.

One of those was "Fatal Attraction," the story of a single woman (played by Glenn Close) whose relationship with a married man (played by Michael Douglas) turns menacing.

Lansing said, "I identified with the Glenn Close character, because I had a boyfriend who one day got up and said, 'I don't love you any more, I'm leaving,' and I thought we were completely happy. And for about two days I couldn't get out of bed. And then I started to dial his number and he would answer it, and I would hang up the phone. And then I drove around his block. And I felt as if he had taken all my self-esteem with me."

"Well, he did get up and leave right in the middle of the night, right? I mean, that's pretty rough," said Rocca.

"No, It was the morning!" she laughed.

Lansing's instinct for what made a good story paid off. "Fatal Attraction" was a blockbuster.

She had another smash hit with "Indecent Proposal," which starred Woody Harrelson and Demi Moore as a financially-struggling couple offered a million dollars from an older Robert Redford to spend a night with the bride.

The movie seemed to have everyone talking.

"I used to call it 'the dinner conversation,'" Lansing said. "You go see a movie, you go see 'Indecent Proposal,' and you've been entertained, you've been moved. But then you say, 'Would you do that?'"

In 1992, Lansing was named CEO of Paramount Pictures, another first for women.

Her favorite place on the studio lot? "This little theater," she said, "where I saw the first cut of every movie."

"Your name up in lights?" asked Rocca.

Lansing's role model for navigating in a male-dominated environment? Her mother, Margot, who'd overcome her own share of challenges. When Lansing was just nine, her father – who'd run his own business – died. "In the middle of her grief, these two gentlemen came to see my mother and they said to her, 'Margot, you don't need to worry. We'll take over the business and we'll take care of you and your family,' and she said, 'No you won't. You will teach me how to run the business.'"

Rocca said, "That must have really sunk in for you."

"Beyond. 'And I will take care of my children.' She used to say to me as a kid, 'Pull up your socks.' And that meant, 'Stop feeling sorry for yourself and get on with it.'"

A few years later, Margot married businessman Norton Lansing. Their relationship offered Lansing another lesson: "Sometimes he'd start to yell, and she'd start to laugh, and she'd go, He's really upset, isn't he? And I watched her do that, and I realized very early on that yelling is a style. It's a way of expressing yourself."

"That must have served you very well for so many years when you were the only woman in the room," Rocca said.

Lansing says she never suffered physical harassment during her years in Hollywood. She says she's been shocked and saddened by the revelations of the past couple of years. "It's very painful, to think that women had to endure this. And it makes me feel very sad. And I'm just very, very glad that they feel empowered enough now to speak out," she said.

"No. I think I'm a fair lady. And that kind of behavior cannot be tolerated."

Lansing is married to William Friedkin, the Oscar-winning director of classics like "The French Connection" and "The Exorcist." "We met at an Oscar party," he said. "And the door opened and there was Sherry. And I think I fell instantly in love with her."

Friedkin had been married and divorced three times before. Rocca said, "Well, now, forgive me, but did anyone say, 'Don't marry this man'?"

The couple has been married for 27 years.

"Well, I'd rather you succeeded!" he said.

"No, but it's not gonna change anything in our lives."

After a record 13 years running Paramount, Lansing made yet another bold move and left the movie business altogether.

Rocca said, "You were really successful here. You left sort of at the top of your game."

"Well, I think life is about chapters," she said. "And I felt in many ways as if I'd completed that chapter, and I wanted to give back."

Since that time, she's immersed herself in the non-profit world, and raised hundreds of millions of dollars for causes, including education and cancer research.

In 2007, Sherry Lansing was honored with an Oscar for her life in Hollywood, and her life since Hollywood.

She said, "If you take risks, you're going to be wrong as much as you're right. And that is the pain of life and the joy of life." 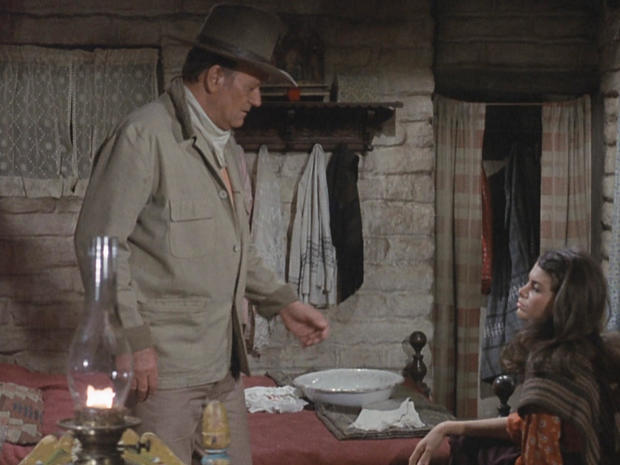 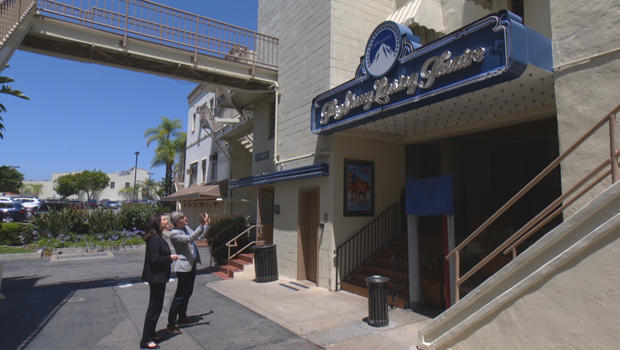 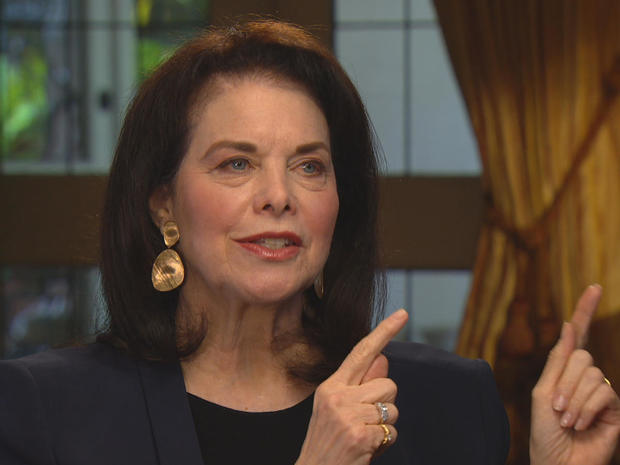 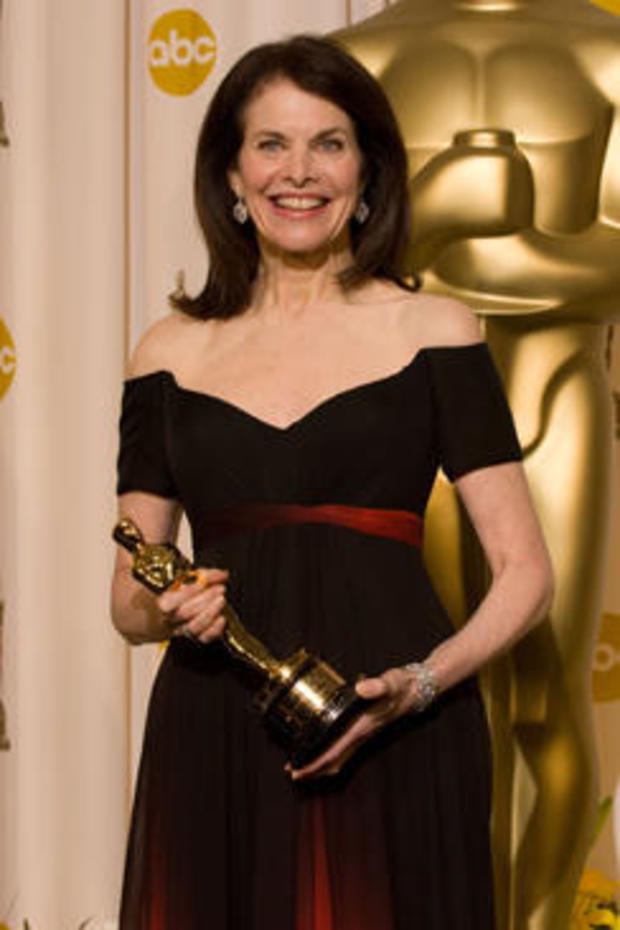 Why parents should wait for FDA authorization to vaccinate children