Mankind has always been intrigued by Mars, and now we are closer to putting footprints on the surface of the Red Planet than we've ever been in the past.

This isn't NASA's first mission to Mars. We put the Viking lander on Mars in 1976, the Sojourner rover in 1997, and twin rovers – Spirit and Opportunity – in 2003. And in 2012, Steltzner's last big project, the Curiosity rover, landed on the Red Planet. It's still exploring Mars today.

"Curiosity told us that the ancient, wet environment of Mars was, in fact, habitable for life," Steltzner said. "Still, the question hangs tantalizingly unanswered in front of us if it was alive. And our mission, Mars 2020, is to hopefully untangle that question and provide an answer."

The star of Mars 2020 is its rover. Its cameras, lasers, and sensors will analyze the surface of Mars, looking for signs of ancient life. And it will put rock samples into airtight canisters for a later mission to bring back to Earth.

The rover will also be carrying a stowaway – a fellow robot that will detach once the rover is safely on Mars. It's a miniature helicopter.

"This particular helicopter is designed now to fly up to 90 seconds," said NASA's Mimi Aung.

"This is the first time ever that we're flying a helicopter on another planet!" Aung replied.

Meanwhile, at NASA headquarters in Washington, D.C., plans are afoot to send an even more delicate cargo to Mars – actual people.

When asked about a timeline, NASA administrator Jim Bridenstine replied, "I will tell you that we're thinking maybe the mid-2030s as a timeline."

A key element of his Mars plan is creating a sort of rehearsal stage, on the moon. "The moon can be a great proving ground for our first mission to Mars," he said. "So, if something doesn't go right, there's still an opportunity to get home."

Pogue asked, "Is part of the Mars push to literally create a Planet B? You know, are people thinking that science fiction-y?"

"I'm not ruling it out, but it's not my objective right now," Bridenstine said.

So the main objective is …? "We want to discover life."

But not everyone thinks that way. Some people argue that we need another option in case we make Earth uninhabitable.

Her boss is Tesla billionaire Elon Musk, who last year told an audience, "It is important that we try to become a multi-planet civilization, extend life beyond Earth."

Unlike NASA, SpaceX re-uses its rockets instead of just letting them burn up. It's astonishing to see them return to the pad and land perfectly on their tails by themselves.

Still, SpaceX and NASA need each other – and as Shotwell makes clear, they are not competitors. "They're a customer as well as a partner," she said.

But she does think that SpaceX will put people on Mars first: "We would love to be in a position to send a ship to Mars in 2022. Hopefully if we did a good job in 2022, we would be able to send people in 2024."

"People have said we were crazy since we started!" she laughed.

The enormous rocket that SpaceX is building for Mars is called the Super Heavy. It's not quite as big as the Saturn V booster, the biggest of all time, but SpaceX says it's six times as powerful.

Given that Mars is smaller than Earth, it's colder, it has a very thin atmosphere you couldn't breathe, and it's a very inhospitable environment … why Mars now?

"The characteristics of the planet were close enough to Earth that we could see a path to putting humans on Mars and having them survive," said Shotwell. "But it is a fixer-upper planet. Life is not going to be easy on Mars for the first few decades, for sure."

Kim Binsted, a professor at the University of Hawaii, is the mastermind behind an isolated habitat, perched on the side of a Hawaiian volcano, called HI-SEAS (for Hawaii Space Exploration Analog and Simulation). It feels as much like Mars as you can find on Earth.

Binsted said of the HI-SEAS habitat, "This gives us a chance to run long-duration simulations of exploring the surface of Mars. By long duration, I mean four to 12 months, or even longer."

The people who live isolated in the HI-SEAS dome can't quite phone home, though; they are under a 20-minute (each way) communications delay, to simulate the amount of time it takes for a signal to get from Earth to Mars. "That means no Web surfing, no social media, no picking up the phone and calling anyone," said Binsted.

The HI-SEAS habitat can't simulate the hostile conditions on Mars, but it can simulate being cooped up with fellow astronauts during a months' long mission. "The main thing we're testing are the people," Binsted said. "If the human part fails, it's just as catastrophic as if the rocket blows up."

And key is choosing the right KIND of people: "It can be summarized as a thick skin, a long fuse, and an optimistic outlook," Binsted said. "If you took people off the street and put them in this habitat, they would probably be at each other's throats within a day or two!"

Probably because, inside, it feels like a one-and-a-half story camping tent – the size of what one might get on a very cheap cruise ship, or in prison. "If you can imagine going on a family holiday in a camper van for a year, this is kind of the situation we're talking about here," Binsted said. "And our crews have all emerged alive!"

Now, space travel is massively expensive. So Pogue asked Bridenstine the big taxpayer question: "Why should we spend money on going to other planets when we have so many problems here at home?"

"I think that's a very shortsighted suggestion," he replied, "and I'll tell you why: Space has transformed all of our lives – the way we communicate, the way we navigate, produce food, produce energy, the way we predict weather, the way we do disaster relief, provide national security and defense. And the only reason that all of these technologies are available to us is because of the trail that NASA has blazed doing exploration."

So, here's where we stand: NASA is completing construction of its new Mars rover, in readiness for its launch in July 2020; in Texas, SpaceX is firing prototypes of its Mars rocket engines twice a week, getting ready for short test flights in late 2020.

And NASA's Adam Steltzner is looking forward to watching his baby lift off to Mars, from a distance, given that he would never want to go to Mars himself. "I have children and a beautiful garden. And this is a warm, wet kiss compared to the surface of Mars. I'd like to hang out here!" 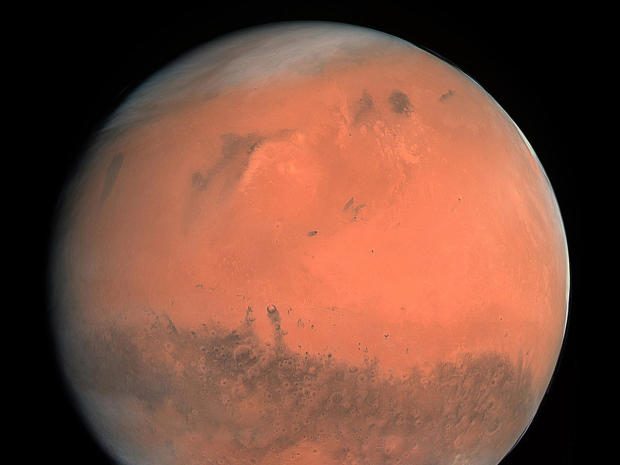 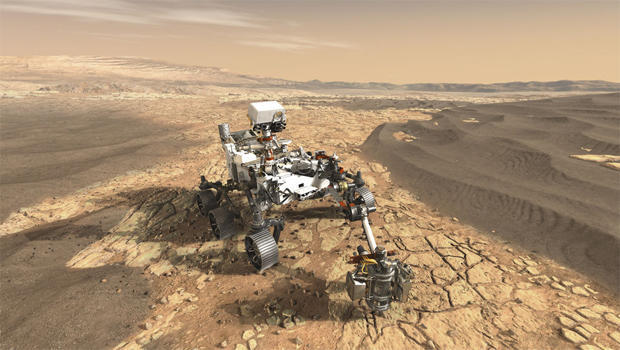 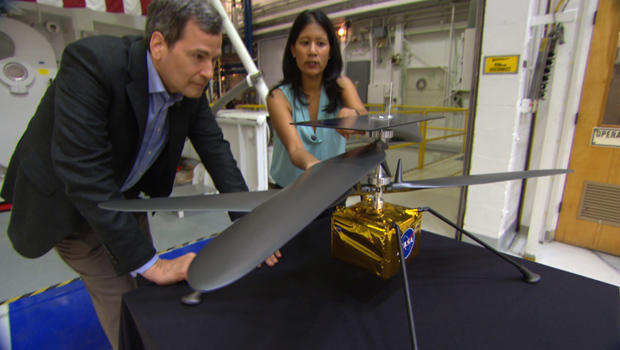 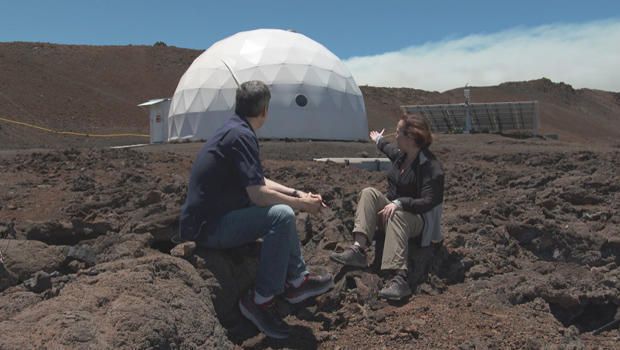 What's next for White House after major staff changes?