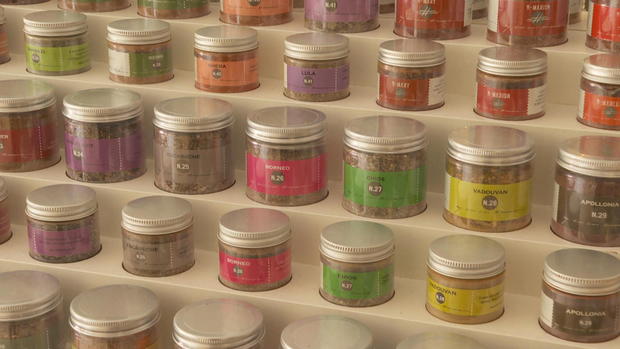 The love of spices once sent ships sailing halfway around the globe —and spices still play an essential role in cuisines around the world. Lior Lev Sercarz, the self-proclaimed "King of Spices," is a standout when it comes to seasoning: His spice blends have graced the kitchens of famous chefs and at-home cooks alike.

"Spices are one of the most important things in the culinary world, but also in the world. Because it's a rare ingredient … that touches everybody," Sercarz said. "To me, it was a happy place, because it connected me all the time to food."

That connection has led to a very successful business. Sercarz's blends — which can include up to 23 herbs and spices — are sought after by some of the world's most famous chefs, including Eric Ripert and Daniel Boulud. Boulud describes Sercarz as "very passionate, very serious, very committed" — and at the same time, an "artist."

His blends, which range from fruity to floral, piney to pungent, are even curated at times to the tastes of a customer. "We spend quite a bit of time with each person that comes here to ask them some simple questions. You know, 'what do you cook, what do you like, what you don't like.' We have them smell and taste a bunch of spices," he said. "Often they'll say, 'Oh, I don't care much for [this spice],' and they'll end up buying it."

That's because customers often have a "pre-notion" of spices they don't like, Sercarz said. "I usually ask them, 'Who did something wrong to your celery in the past? What happened to you and celery?'"

Sercarz was born in Israel, which is where he started cooking professionally. But he later moved to France while training with Michelin-starred chef Olivier Roellinger.

"[Roellinger] was and still is very influential in my life, in my career, cooking and spices," Sercarz said, adding "he was very smart in … explaining to me that the spices that he was using were just a tool, the same way that he had a great knife or cutting board."

He ultimately moved to New York City to work for chef Boulud. But after six years, and with Boulud's blessing, he realized he could pursue a food career without being tied to a kitchen.

"I never liked the service aspect of [the kitchen]," he said, adding "and that slowly convinced me that perhaps, I need to keep on developing food flavors and scent, but outside of that environment."

For Sercarz, starting over meant blending in his basement for the first few years. But in 2011, he finally opened his own storefront, La Boîte, in New York City.

Sercarz also came to realize that just like in the food world, there's always more to master in the spice world. He recently returned from India, where he remembered standing in a space the size of "50 football fields" where people were trading chilies. "It took me back to basics," he said, adding "I don't know that I'm even halfway to where I wanna be, and that's amazing."

Sercarz still does business with Boulud – but now, the chef is one of his best customers. Boulud uses Sercarz's blends in everything from his chicken tagine to his cocktails.

He said he's not sure what comes next – but that the unexpectedness is what makes it fun. "The unbelievably exciting thing for me in the last 12 years is there's no day that's the same … I don't know who's gonna call and who I'm gonna meet…" he said. "I meet chefs, and pastry chefs, and chocolate makers, and beer brewers, and distillers, and champagne makers … It's so exciting. And the opportunities are endless."

Sercarz gives a spice class once a month at his store in New York – but they sell out quickly. His new book, out this fall, is called "Mastering Spice: Recipes and Techniques to Transform Your Everyday Cooking." 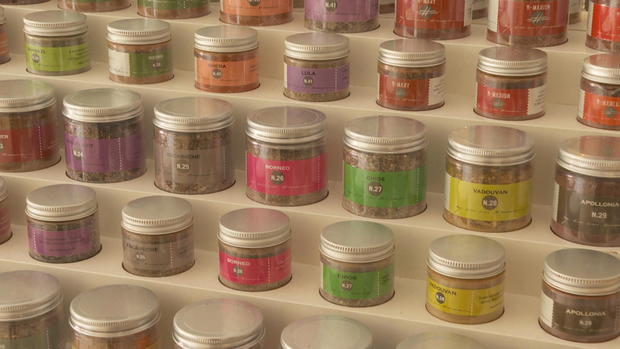