(CBS News) This star's trek is the story of an actor who's traveled a very long distance … while never forgetting where he came from. He tells that story to our Michelle Miller:

Audiences have gotten used to George Takei taking them to surprising places, as Mr. Sulu, the senior helmsman aboard the USS Starship Enterprise, with its unforgettable five-year mission "to boldly go where no man has gone before."

"Isn't it amazing?" Takei said. "In three more years, 'Star Trek' is going to be celebrating its golden anniversary."

"I may not have trekked through the galaxies in reality," he said. "But I have trekked all over this planet: Australia, Asia, Latin America, Europe."

But of all the exotic places he's been, whether on this planet or beyond, Takei is ever mindful of this place: A 500-acre plot of land in southeast Arkansas, where HIS journey began.

It was a concentration camp.

"We were all concentrated, densely concentrated," he said. "We happened to look like the people that bombed Pearl Harbor, and put in prison camps simply because of our race."

George's father — a successful Los Angeles dry cleaner — and mother, raising George and his siblings, were among the more than 110,000 Japanese Americans sent to relocation centers like this one, in the defense of so-called national security during World War II.

Ten camps in all, scattered throughout the country.

"We were ordered out of our home at gunpoint," Takei said. "And my brother and I and my father were out on the lawn.

"My mother was the last to come out. And she had tears rolling down her cheeks. It was the memory that I can never erase — to see your mother crying — as we were being ordered out of our home."

Their new "home" at Rohwer was a small, single room in a tar paper barrack.

"I went to school and began every school-day morning with the pledge of allegiance of the flag," Takei said. "I could see the barbed wire fence and the sentry tower right outside my schoolhouse window as I recited the words, 'With liberty and justice for all.'"

"What did that mean to you?" Miller asked.

"The stinging irony meant nothing to me — I was a child," Takei said. "I was told to memorize and say that, and I did it. I was an innocent child too young to understand what was going on here."

His family would spend eight months at Rohwer, and then another three years at a maximum security camp in Tule Lake, Calif.

But Takei couldn't escape the racism of the day.

"I started school in Los Angeles," he said. "And the teacher continually called me 'the little Jap boy,' which stung. It hurt."

But a different teacher, Ms. Lewis, gave him a gift that set him on his way.

"Thanksgiving was coming, and she organized a Thanksgiving play, and she cast me as the Indian chief that welcomed the pilgrims," he said.

"And I still remember those lines I had. It was supposed to be Indian. Don't ask me what it means! My line was, 'Yo hey, yo hey, mitaculanahumbu. Omnichi vichopi!' "

Though just a grade school play, Takei was hooked.

He studied acting at UCLA and landed small roles in television and films. But parts for Japanese American actors were limited.

His big break came in 1965 when his agent got him an audition in front of Gene Roddenberry , who was about to launch the sci-fi series "Star Trek." It was a game-changer.

"It broke the stereotypes. I mean, I was a regular, visible, talking, walking, fencing presence!"

"You were handsome," Miller laughed. "Can I just say? You were hot!"

"And I felt hot!" Takei laughed.

WEB EXTRA VIDEO: George Takei on breaking down stereotypes (Click on the video player below)

Remarkably, "Star Trek" lasted only three seasons, but with his new-found celebrity, Takei tried his hand at politics.

Takei ran for the L.A. City Council and lost . . . fought for Japanese American reparations and won, putting his very public face on causes that were close to his heart — all except one.

"It must have been hard to be in the closet," Miller said.

"It was, it was" Takei said. "Because I had resigned myself, accepted the fact that I would live a part of my life closeted."

All that changed when a California marriage equality bill was vetoed in 2005. Angered by the decision, Takei came out publically, eventually marrying his longtime partner, Brad Altman, in 2008.

"And I thought, you know, my career might be over," Takei told Miller. "But quite the reverse of that happened."

"Have to say, you kind of go off the rails a little bit," Miller said.

"Well, I saw your dance moves," she laughed.

His cheerful online persona has helped to raise awareness about his next, very personal project, bringing a musical inspired by his early life in the internment camp to Broadway. It's called "Allegiance: A New American Musical."

"It's made for America," he said. "It's a story about America and our democracy, the glory of our democracy, but also its fallibility. It's important for Americans to know how vulnerable, how fragile our democracy is. And we need to improve and make our democracy truer, more real by knowing where we failed. It's a musical that teaches us that lesson."

A lesson he learned in those fields in southern Arkansas, and kept with him his entire life.

And though he made his name in the sci-fi reaches of outer space — at age 76 George Takei hopes that his real legacy will be closer to home.

Of returning to Rohwer, Takei said, "There's nothing I recognize here. It's totally changed. But it has defined who I am, what values I stand for." 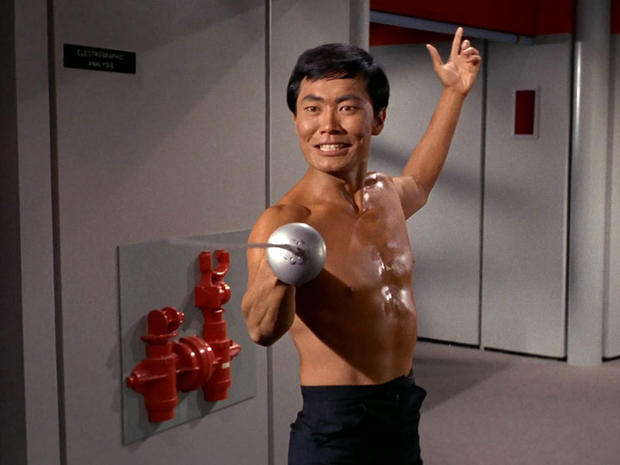 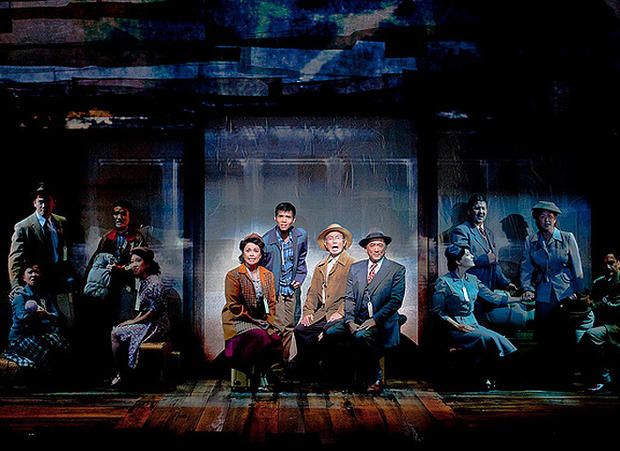 Stocks see lowest drop since May