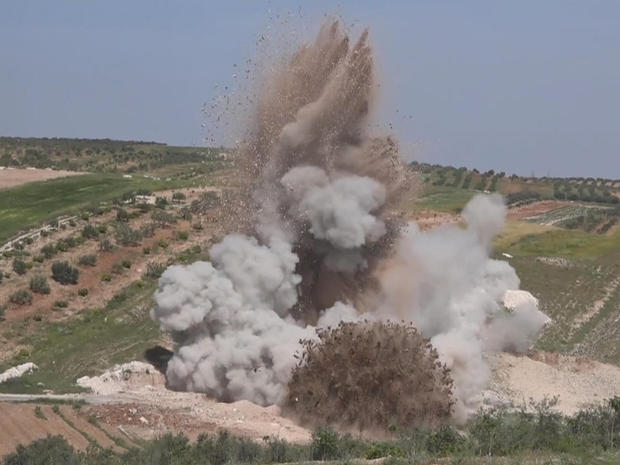 Syrian regime forces have begun a new bombing campaign, and there are fears that a full-scale offensive could be next.

The Province of Idlib, home to three million people, is one of the last remaining areas in western Syria that the government does not control. CBS News correspondent Holly Williams has gained rare access inside Syria, which is now in its eighth year of civil war. She recently returned from Idlib, where she saw firsthand what life is like for those living in constant fear.

She reports that Syria's war machines are menacing Idlib, where there is no defense against regime and Russian airstrikes – just warnings to take cover, passed on by radio.

After an airstrike, and news that there are other jets in the area, an alert was broadcast over walkie-talkies that there could be more planes leaving regime bases. Williams headed into an olive grove, where many in Idlib were sheltering.

Under the olive trees she found a brigade of the White Helmets, the rescue teams who pull survivors from the wreckage after airstrikes. But last month, they said, one of their buildings was bombed. Now, they're moving location every day to avoid being targeted again.

The town of Maarat Hurmah had been hit by regime helicopters the night before, Williams was told.

One man, Abu Staiff, wanted to get his message to the world. "The kids are all dead," he said. "We need the powerful countries to help us."

He collapsed onto the street. The trauma of eight years under fire is palpable.

Idlib is also home to millions of civilians. Many have fled the bombing and are living in tents, such as Marwa Ahmad and her eight children. She's pregnant, and told Williams she'll give birth here on the dirt.

"Do you see these kids?" Ahmad asked. "They're not kids anymore."

The United Nations says there are more than a million children in Idlib, and they're especially vulnerable. Pro-regime forces have hit both schools and hospitals.

Syrian opposition groups reported 35 air strikes the day Williams was there – and that, according to her guides, was a good day. 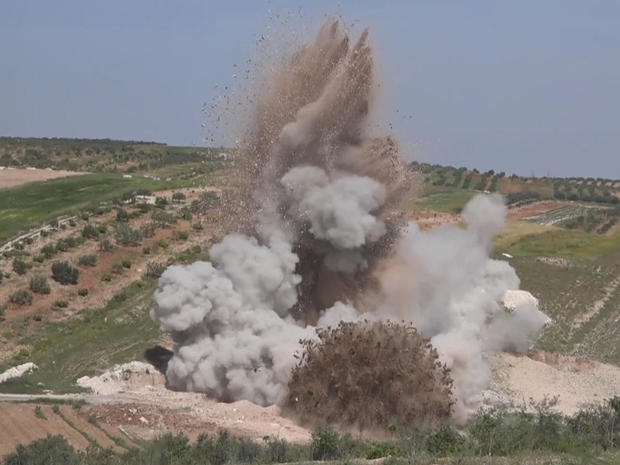 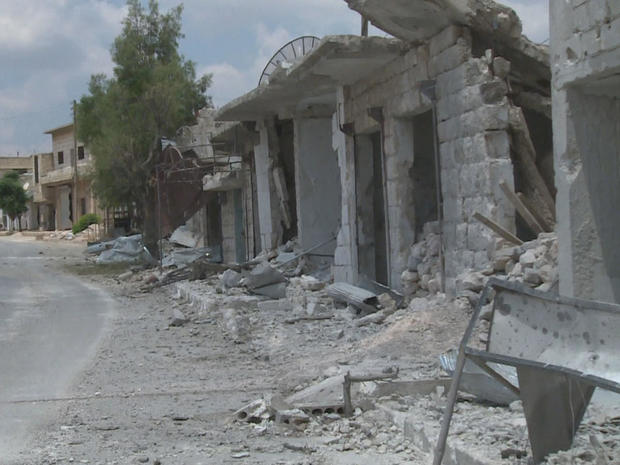