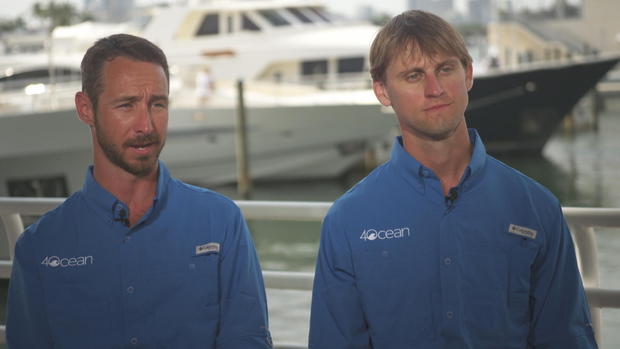 Canadian Prime Minister Justin Trudeau announced plans this week to eliminate single-use plastics nationwide as early as 2021, the latest move in a global effort to curb plastic pollution. While lawmakers are taking action on land, two surfers from Florida are fighting the battle on the water: Andrew Cooper and Alex Schulze, who founded the ocean cleanup company 4ocean.

Every year, more than 8 million tons of plastic enter our oceans — but 4ocean has removed 4.7 million pounds of trash from the water since 2017, and created more than 300 jobs in the process. The idea for 4ocean came to Cooper and Schulze when they were in their early twenties. The pair had set off for a surf trip to Bali, expecting one of the most pristine beaches in the world.

"When we got there, what we had seen was the beach absolutely covered in plastic. Single-use bags, bottles, you know, plastic wrappers, and just mountains of them," Schulze said.

Cooper said he approached a lifeguard to ask why the plastic hadn't been cleaned up. "He said, 'Man, it's the afternoon,'" Cooper recalled. "He goes, 'We cleaned it up this morning. It's just high tide.'"

And so 4ocean was born, the brainchild of two surfers with a newfound urgency to solve the ocean plastic crisis. Just a year after their Bali trip, they launched their company.

Their cleanup efforts are funded by the sale of their 4ocean bracelets: one bracelet sold pulls one pound of trash from the water. Cooper said that that cord is 100% post-consumer recycled, recovered from a plastic bottle. Schulze added that the beads come from recycled glass.

"You know, a lot of people thought we were nuts," Schulze said. "But you know, we went for it, we were passionate, we weren't going to take no for an answer."

Their determination paid off: this year, they were named on the Forbes 30 Under 30 list of social entrepreneurs.

The fanfare has been hard earned. 4ocean has removed more than 4.7 million pounds of trash from the ocean, and has expanded to areas like Haiti and Indonesia. Cooper and Schulze attribute that achievement in part to their status as commercial enterprise.

According to the U.N. Environment Programme, one million plastic bottles are bought every minute — and half of all plastic produced is designed for one-time use.

"You know, you look at the amount of straws and bottles that we collected just in one morning," Schulze said. "By stopping the single-use plastic at the source and changing their habits, we can turn off the tap on the amount of plastic that's ending up in the ocean."

"We understand that, you know, single-use plastic is used because it's convenient, and a lot of times people can only afford convenience," Cooper added. "So it's all part of a bigger picture."

When asked if 4ocean had faced any pushback from the governments of the countries they're operating in, Cooper said the nations have been extremely receptive.

"We tell them, 'Hey, we're going to create jobs, you guys don't have to go out and look for fish every day, you can use your nets to collect plastic,'" he said, adding "The governments contact us and typically want to support us. It's been a very very very positive reaction."

With each bracelet sold, they hope to remind people to be conscious of the impact of their purchases. "When you have the opportunity to like grab that plastic silverware, or a plastic straw, you look at your wrist and you go, 'oh, nice. Ok I'm going to say no this time. I'm going to refuse, and then reduce, and then reuse, and then recycle,'" Cooper said.

The pair acknowledges that what they're doing is just a drop in the bucket – but in addition to their cleanup, they've donated more than $300,000 to 65 groups that work in marine conservation.

Right now, business is booming – but the pair hopes that will change one day. "Obviously, in the next 20, 50, 100 years, putting the cleanup side out of business because we removed all the plastic out of the ocean would be a great milestone to reach," he added. "But there is still so much work to do be done on land that I think we'll be here for a long time." 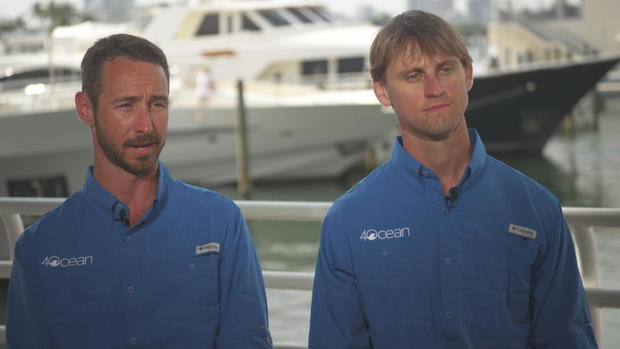 Drew Barrymore discusses season 2 of her talk show and reviving...