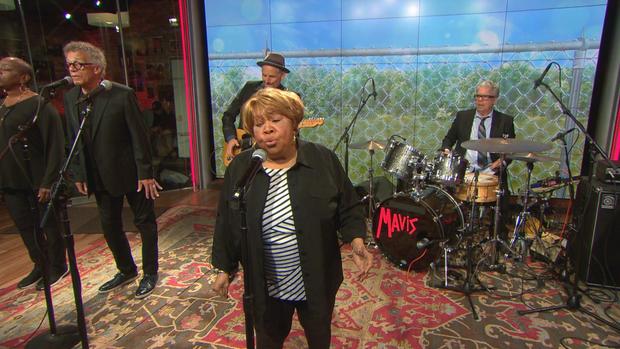 Mavis Staples first appeared on the Apollo stage in 1956 with her family's band, The Staple Singers. But more than six decades later, she's as vibrant as ever – and says she feels more successful now than she ever was.

The Grammy-winner and Kennedy Center honoree will officially turn 80 next month but the party's already started. The Newport Folk Festival organized all-star birthday tributes in Nashville, Los Angeles, and at the Apollo Theater in New York. The Apollo party had an all-star guest list: Staples performed a Talking Heads classic with David Byrne, and Jon Batiste joined her for a Staple Singers classic.

The concert also drew Jason Isbell, who called Staples "one of the greatest singers and interpreters and songwriters and performers ever," and Norah Jones, who said that "she's an amazing artist, but she's just a warm sweet human as well."

The Apollo was just the beginning of the celebration. "One wouldn't have been enough," Staples said, adding "I mean, I've been around a long time so it really should be five. Because I mean I've gone from 8 to 80. I started singing when I was eight years old, and I'm still rolling.'"

Staples started singing with her siblings in The Staple Singers, which was led by her father, Pops Staples. The gospel group would march with Dr. Martin Luther King Jr. and help provide the soundtrack to the Civil Rights Movement, before scoring a string of chart hits in the 1970s.

Staples' latest solo album, "We Get By," pays homage to those early years. The cover photo, featuring a group of African-American girls looking in on a playground, was taken by Gordon Parks in Alabama in 1956.

At 79, Staples has had to work to keep her voice in such great shape. She drinks ginger tea with honey before performing voice exercises, and she boxes regularly – with pink gloves.

"I used to box years ago when I was a kid. I didn't know it was boxing. But I was fighting all the time, because the kids especially in Mississippi, they would pick on me. 'You sound like a boy.' Cause my voice was so heavy, you know. And I said, 'Oh, I sound like a boy, huh? Okay.' I'd pop 'em," she said, adding "I'm 80 years old, but I'm fire"

"Where do you find the energy to keep doin' this, Mavis?" asked "CBS This Morning Saturday" co-host Anthony Mason.

"I love what I'm doin', and I just try to stay healthy," she responded, noting that she's been giving up on pork chops and eating salmon instead.

"I'm not thinking about [retiring] — I'm having too much fun," she told Mason, adding "I live to sing." 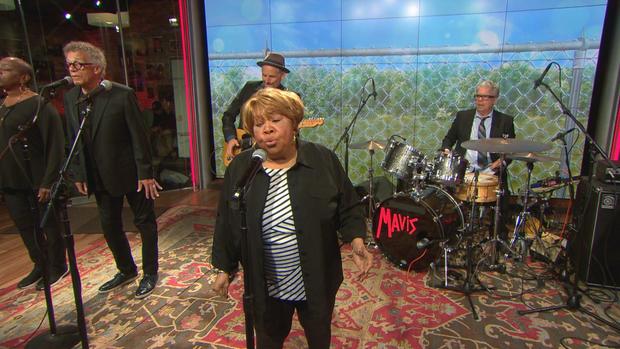 How parents can navigate first conversations about race and gender with...

Impact of analytics on restaurant industry

Afghan survivors of U.S. drone strike: Sorry “is not enough”