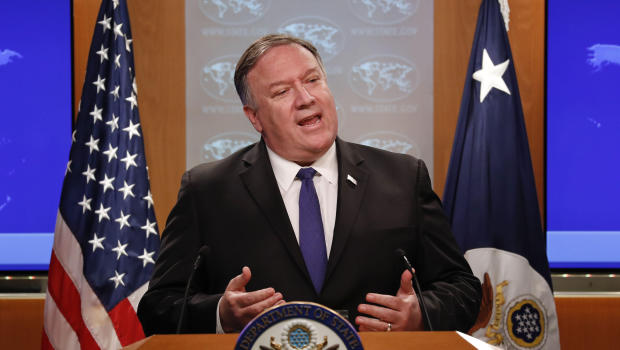 Secretary of State Mike Pompeo said U.S. intelligence has identified Iran as responsible for attacks on two vessels carrying Japanese cargo in the Gulf of Oman on Thursday.

Declassified intelligence reports obtained by CBS News on Friday show that Iranian military boats tried to pick up crews from the tankers.

Iran has denied being involved in the attacks, and flatly rejected the offer to enter into talks with the U.S. Both the U.S. claims and Iranian denials were met with anxiety and skepticism in Europe.

After facing criticism for saying he would be open to taking dirt about his rivals from a foreign power, President Trump changed course on Friday, now insisting that he would report such outreach to the FBI.

"If I thought anything was incorrect or badly stated, I'd report to the FBI or law enforcement, absolutely," the president said.

Also on Friday, The Democratic National Committee announced how the 20 candidates participating in the first Democratic debates will be divided between two nights.

Democrats attempted to avoid a repeat of the Republican Party's "kiddie table" situation in 2016 by randomly selecting the candidates for the debates, but four of the five top-polling Democrats landed on the same night.

Frontrunners Biden, Sanders, Harris, and Buttigieg will share the stage on June 27 while Warren leads the other group of candidates for the first debate on June 26.

Secretary of State Mike Pompeo (@SecPompeo) will join us. 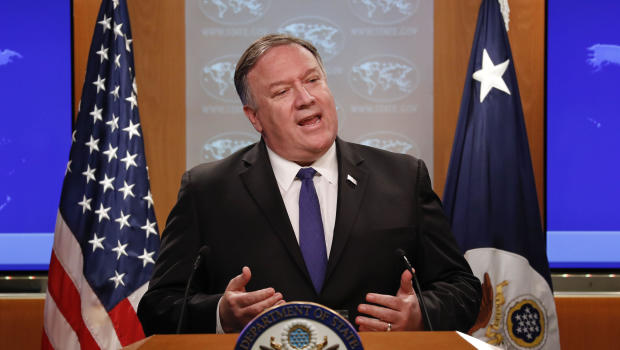 DHS memo warns of potential violence ahead of Saturday’s “Justice for...

Samuel Adams releases beer so potent it's illegal in 15 states

Biden heads to U.N. General Assembly amid tensions with France