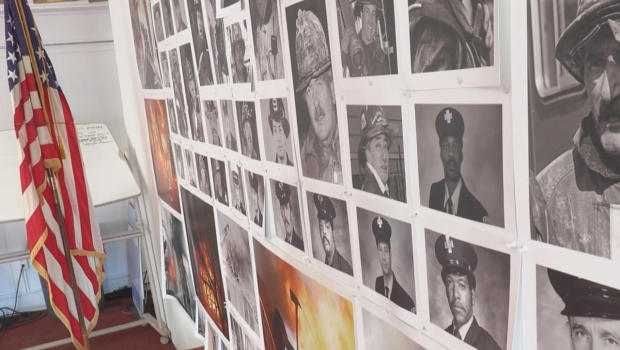 Firefighters around the country are experiencing higher-than-normal cancer rates, yet they're finding fighting city hall may be tougher than fires when it comes to collecting workers compensation claims. Tony Dokoupil reports on the challenges facing firefighters stricken with cancer in a report for "CBS Sunday Morning" to be broadcast June 16.

Patrick Mahoney, a firefighter with 15 years on the job in Baytown, Texas, was diagnosed with thyroid cancer in 2017. At the time, there had been other cases of cancer among his colleagues – firefighters who didn't smoke or chew tobacco.

"They were healthy people," Mahoney told Dokoupil, co-host of "CBS This Morning." "So, when I was diagnosed, I definitely felt it was job-related."

Texas is one of 38 states with "presumptive laws," meaning if an active-duty or recently-retired firefighter is diagnosed with certain types of cancer, it's presumed he or she got it on the job and is entitled to workers compensation. But, as Mahoney found out, that's not always the case. He was initially denied. He appealed and won, twice. Then Baytown turned the tables and sued to get the decision overturned. The case goes to trial later this summer. [Baytown told CBS News that it doesn't want any money from Mahoney, but is trying to avoid the precedent set by his case.]

"To be sued like this after they denied it is a betrayal," Mahoney said. "It makes me sometimes just want to go work at a coffee shop, because I feel like they don't care."

At issue, according to Baytown, is whether Mahoney's cancer should be covered under Texas law. Each claim, the city said in a statement, could cost "between $600,000 and $2 million."

Mahoney is not alone. Since 2002, nearly two out of every three firefighter line-of-duty deaths were from cancer, according to the International Association of Fire Fighters. The increases in deaths – and overall cancer diagnoses – have also raised challenges for firefighters and their families to fight for workers comp to cover those illnesses.

Boston Fire Department Chief Joseph Finn told Dokoupil more than 200 members of his department have died from cancer since 1990, and that he likely has been exposed to the carcinogens during his career. Finn has been on a mission to reduce the rates of cancer among firefighters by changing their procedures in fighting fires and their attitudes about their own health.

"We have about 13 members right now who are battling various stages of cancers – active members," Finn said. "And we have a number of retirees in that fight."

Dr. Jeffery Burgess, a researcher at the University of Arizona, said the biggest danger to firefighters in the modern era is the smoke those fires produce, which gives them a unique risk to cancers.

"Everything you buy today is laced with plastic," Finn said. "So, once they decompose and they combust, they're gonna give off all these toxins and carcinogens that are really deadly to firefighters."

Finn notes that to firefighters in the past, being covered with soot after a fire was a badge of honor: "The dirtier you were, looked like the more you'd done." But today, that soot can be deadly.

For Finn, the effort to change the mindset continues. He also admits the damage may already be done in his case. He began as a firefighter in the 1980s, long before anyone took note of the cancer risks.

Is he carrying the remnants of those fires, Dokoupil asked?

"Ugh, there's probably a good chance of that," Finn replied. 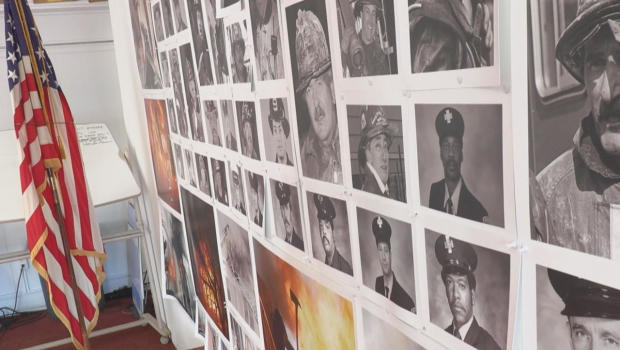 Group helps “bake” up a brighter future for women in need

Texas abortion law pushes women to clinics in other states