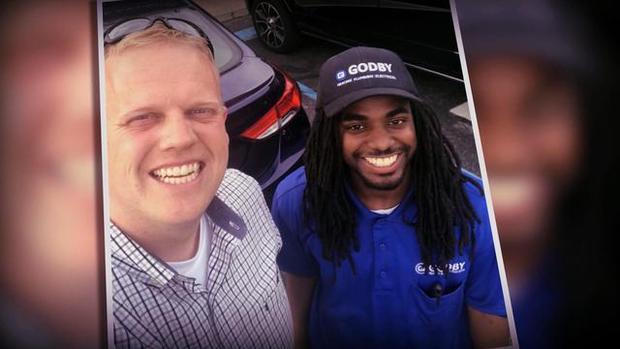 In our series, A More Perfect Union, we aim to show that what unites us as Americans is far greater than what divides us. In this installment, CBS News correspondent Adriana Diaz shares the story of a growing bond between a young man rebuilding his life and the cop who first arrested him.

More than six years ago, Rameil Pitamber was a 17-year-old honor student struggling with the death of his father.

"I was lost. I had a lot to prove. And I felt like to prove it, I had to be tough," Pitamber said, adding "I was a follower, and one poor decision led to the next."

He robbed a Little Caesars at gunpoint with the help of a friend who worked there. He was arrested, convicted of felony armed robbery and criminal confinement, and sentenced to 11 years in prison.

"I didn't believe it. I just started crying immediately," said Pitamber's mother, Daphne Harris. "My son, robbin' someone […] that just wasn't his character."

Brian Nugent, the deputy police chief in Avon, Indiana, was the officer who arrested Pitamber. He remembers the arrest well, and said that Pitamber was "memorable."

During her son's time in prison, Harris insisted on staying in touch with Nugent.

After Pitamber was released early for good behavior, he wanted to get into home improvement and real estate, but felt he needed a mentor to help. One day, while he was working at Goodwill, a familiar face dropped off a donation.

Nugent said he told Pitamber that he'd be "happy to do it." But there were rules: "we're gonna touch base every month. We're gonna go out for lunch. We're gonna have conversations."

Some of those conversations centered on finding a job, and how to navigate questions about his background. After talking with Nugent, Pitamber said, he understood that "If I view myself as less than Rameil, then I'm less than Rameil…. I can't be mad at you [if you] treat me how I treat myself."

Pitamber said the mentorship changed his mind about cops. Growing up, he said, he was taught "Never to talk to 'em, never to trust 'em," and that "They lie, they arrest you." But after spending time with Nugent, he learned "that's not the case."

Rameil now has a steady job doing heating and air. He's also renovating his own home and going to school. "I want something outta life," he said. "I wanna be successful, and I wanna be truly free."

"I think the change that I see the most in him is his confidence," Nugent said. "There's no better reward in this job than helping somebody succeed and achieve those goals in their life."

Pitamber's extremely grateful for his unlikely mentor. "He treated me with compassion and understanding, and he never treated me less than, not once. To this day, he still builds my worth and self esteem," he said. "With him in my corner, I can do anything." 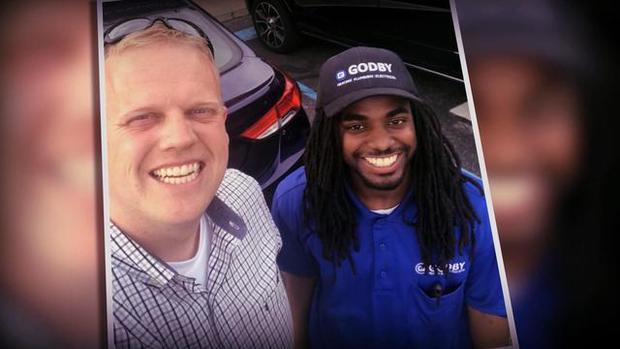 Pelosi tells Democrats to prepare for “adjustments” to spending plan

Biden heads to U.N. General Assembly amid tensions with France

CBSN Originals | Conspirituality: How Wellness Became a Gateway for Misinformation