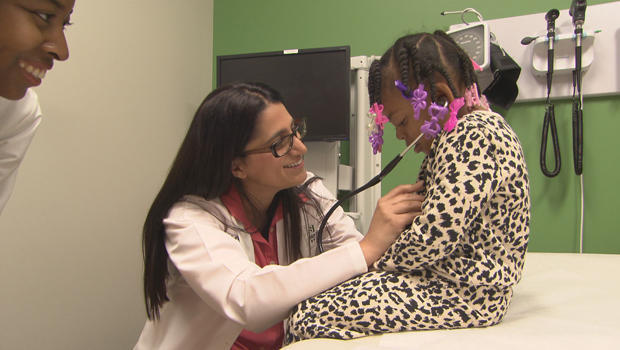 It's the age-old question: Is the glass half empty, of half full? For the people of Flint Michigan, it's far from being a settled issue. Some three years after the city's water crisis first made headlines, many people still don't believe their tap water is safe. Martha Teichner reports our Cover Story:

Dr. Mona Hanna-Attisha did not set out to be a whistleblower: "It is my duty as a pediatrician to be an advocate for my kids," she said.

It was as simple, and as complicated, as that. Dr. Mona, as she is called, is a pediatrician at Flint's public hospital and a professor at Michigan State University's College of Medicine.

A horrifying crisis that branded Flint as the nation's poster child for government gone wrong.

On April 25, 2014, Flint, Michigan, switched from water purchased from the City of Detroit to water pumped from the Flint River as a way to save money. It didn't take long before Flint residents started complaining that something was wrong with the water.

"I'm already dying from my health issues, but y'all are going to kill me even quicker," one woman said at a community meeting.

In October 2014 General Motors took its local auto plant off Flint water, because it was corroding engine parts. The following January, filtered water coolers were installed in the state office building.

And then, the truth came out. In addition to disease-causing bacteria and even carcinogens, Flint's drinking water was loaded with lead.

"The levels of lead, one sip, would have caused the lead levels of her child to be lead poisoned," said professor Marc Edwards, an internationally recognized water safety expert at Virginia Tech University. He had been called in by Lee Anne Walters, a Flint mother with a sick child, to test the water at her home.

"The first thing we did was to work with her over the phone to sample her own water and that showed her own water was hazardous waste," said Edwards.

The levels of lead was 13,000 parts per billion. "If one glass of that water was ingested, that could hospitalize a child," he said.

And the federal threshold for action is? "About a thousand times lower."

His team then tested homes citywide, and found more with high lead levels. But the authorities denied there was a problem.

So Dr. Mona set out on a quest to find out if lead from city water was getting into the bodies of children: "I first tried to get that surveillance data from the county and the state, and couldn't," she said.

"Did you think that was odd?" asked Teichner.

"I thought that was odd, because they had the data."

Suspicious, she was determined to find out some other way: "Our clinic here in Flint, the Hurley Children's Clinic, we see the most Flint kids, so we decided to look at our own data, and in record speed kind of ran the numbers."

On Sept. 24, 2015, Dr. Hanna-Attisha revealed that in the 17 months since the switch to Flint River water, the number of children with high levels of lead in their blood had doubled, and in some neighborhoods tripled.

"For high risk groups, especially those infants who are on the formula and pregnant moms, we would say no tap water," she recommended.

This was the frightening proof that Flint water wasn't safe. But still the state stonewalled.

A spokesperson for the Department of Environmental Quality called Dr. Hanna-Attisha "an unfortunate researcher, that I was causing near-hysteria," she said. "The governor's office spokesperson said that I was splicing and dicing the numbers."

Teichner asked, "And how did that make you feel?"

"It made me feel really bad. So, after hiding under the covers for a period, I woke up around 3 a.m. and there was this kind of new strength that I found inside me. And I realized that every number in my research was actually a kid, a child I'd cared for. And it was these kids who got me out of bed and said, 'Fight back."

Fight back, in a city that for decades now seems to have been fighting losing battles.

Once, Flint was among the most prosperous communities in the country, the birthplace of General Motors. Today, GM's presence here is dramatically reduced. Flint's population is half what it was in 1960, the city's decimated neighborhoods often occupied by people too poor to leave.

Flint's finances were in such bad shape that in 2011, the state seized control of its government.

Teichner asked, "And what becomes of the role of the city council and the mayor?"

"They're still there, but they're puppets; they have no role," Dr. Hanna-Attisha replied.

"They did. They city council said, 'Hey, we don't want to be on Flint River water. But it didn't mean anything."

What was perceived in Flint as the hijacking of democracy resonated with Dr. Mona. She's the daughter of Iraqi immigrants, who were afraid ever to go home after Saddam Hussein took power. "I was raised in this milieu of acutely knowing what injustice was," she said. "And I grew up feeling so lucky and so fortunate that I was here."

Dr. Mona's revelations were the game-changer. They forced the state finally to stop denying the undeniable. "The state conceded that, yes, we re-looked at our numbers, and yes, there is a lead problem."

It turns out vital chemicals required by law to control corrosion in old lead pipes were not added after the switch to Flint river water, causing lead to flake off.

Flint re-connected to Detroit's water system, and Michigan's Governor, Rick Snyder, apologized. Fifteen current or former state and city officials and staff were indicted as a result of contaminants in Flint's water.

Like water, money has been pumped into Flint – over half a billion dollars from the federal government, from the state, and from private donations. All of the city's lead pipes are being replaced. A showplace pre-school was built; a registry was established to monitor the health of anyone affected.

But then, this spring, the state ended distribution of free bottled water to Flint residents. The state's justification? Multiple studies showing lead levels below the federal limit for more than two years. Although using filters is still recommended, the science seems to say Flint water is safe.

Many residents don't believe it.

Tony Palladeno has no doubt why his family's hair is still falling out – it's the bacteria and chemicals in the water. "If you ask anybody in the city of Flint right now today, and they tell you they trust the water, they're either paid, or delusional from it."

A loss of trust is the legacy of the Flint water crisis legacy. Bishop Bernadel Jefferson said, "Never mind that it was corroding our insides, never mind it was poisoning us, never mind it was killing us. The ones that we trusted to have a voice for us, they lied."

Nakiya Wakes blames the water for her miscarriages: "Back in 2015, I had lost twins, but I was also pregnant again in 2017 with twins again, and I've lost them again." She plans to join multiple class action lawsuits.

"I will never trust the water again here in Flint," she said.

According to Virginia Tech water expert Marc Edwards, Flint isn't the only place where the tap water is suspect: "You can't trust the lead pipe; it's a ticking time bomb. You think you've got it under control, you forget about it, and suddenly the lead will start to fall off, when it wasn't before."

Lead pipes are still common across the U.S. So is lead solder in plumbing.

"And that's an important message for the roughly 10 million Americans who have those pipes for their house," Edwards said. "I just wish we knew where all these lead pipes were, because we don't."

So, how is a homeowner, or a home buyer, to know if the house is free of dangerous piping?

Edwards said, "The only 100% way to be sure is to dig a hole in your yard and to see what's there. Ultimately, that's what we had to do in Flint."

As for Dr. Hanna-Attisha, she has written a book, "What the Eyes Don't See," out Tuesday, about the invisible danger of lead in Flint's water.

READ AN EXCERPT: "What the Eyes Don't See"

She's become a cheerleader for the good that's come out of the water crisis — better education, better healthcare. But even she remains wary. 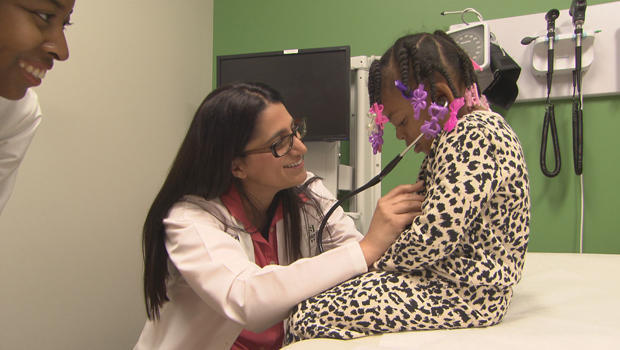 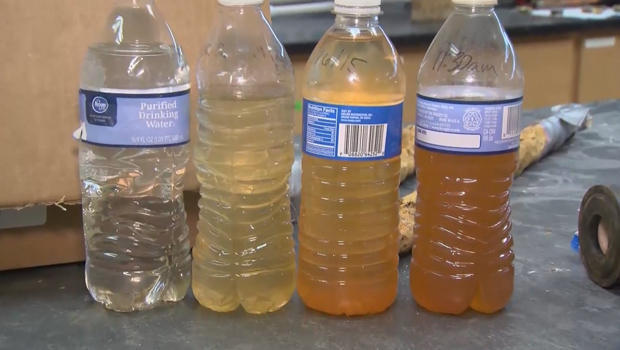 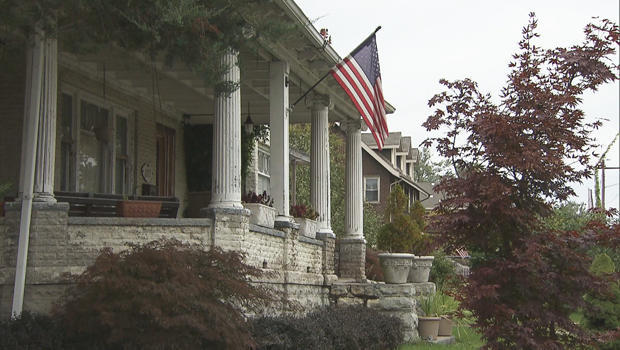 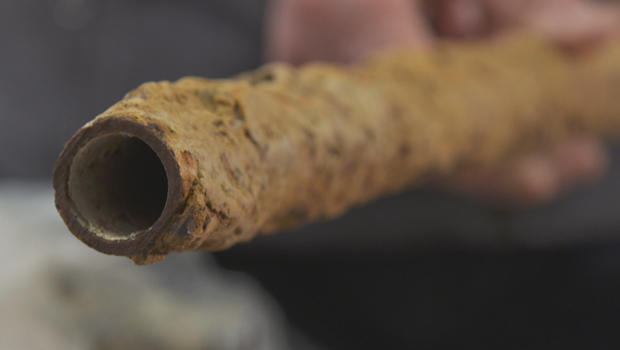 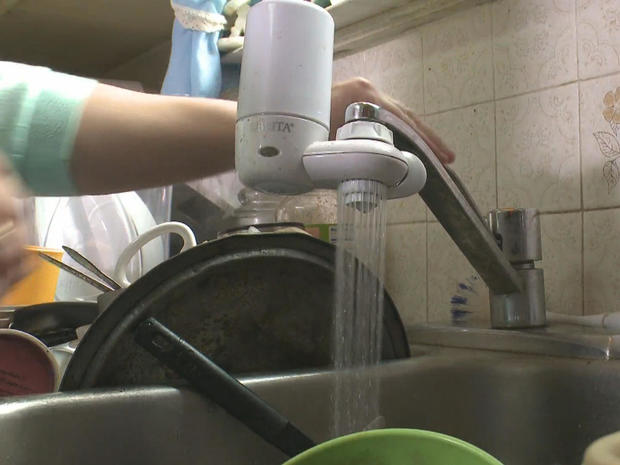 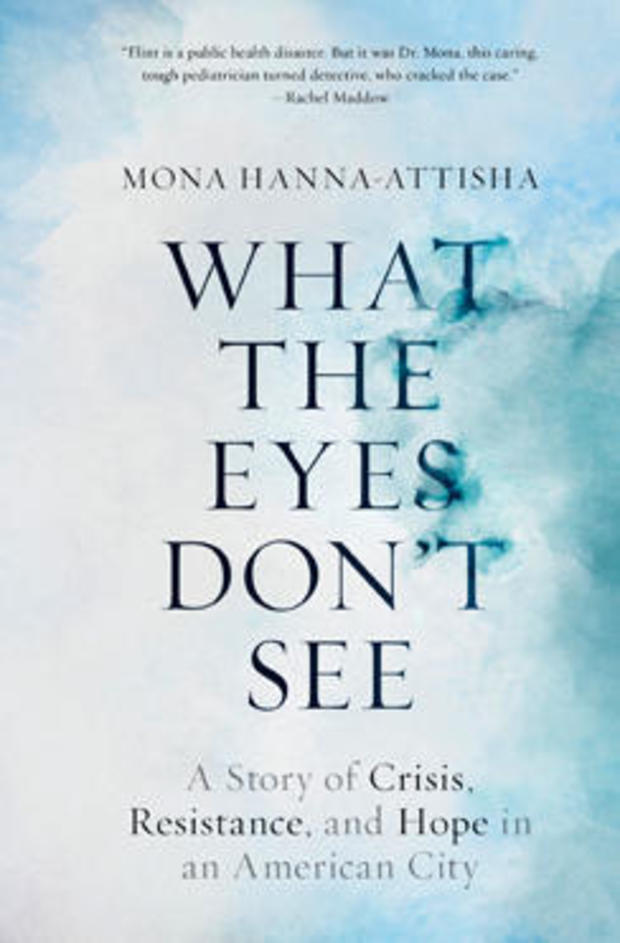