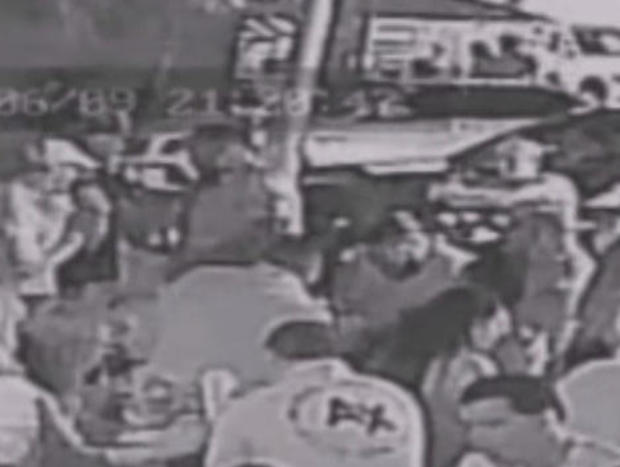 A cell phone recovered from the shooting scene led police to the alleged gunman, 25-year-old Rolfy Ferreyra Cruz. But they say he had help: New surveillance video shows a meeting between the suspects in two cars, and the accused motorcycle driver, Eddy Garcia, near the bar before the ambush.

The video then appears to show that motorcycle heading toward the bar. Minutes later, the gunman walks up to Ortiz and opens fire.

Police in the Dominican Republic say they're now holding the suspected gunman, and that he's one of six people under arrest. They're still looking for at least four other suspects.

They attorney general's office in Santo Domingo has not said what motivated the shooting, or who orchestrated what it described as a "sophisticated" attack. But they have said that the group was offered 400,000 Dominican pesos — roughly $7,800 — to carry out the hit on one of the island's heroes.

After announcing new arrests during a press conference Wednesday, Dominican police held up the suspected weapon used to shoot David Ortiz in the back. They say the gun was discovered Tuesday, buried under a house in the city of Mao — more than 100 miles from the shooting scene in Santo Domingo. Several of the 10 total suspects were also arrested in Mao.

The Dominican Republic's chief prosecutor said that "no one associated with the crime will be immune from punishment," and added that "we recognize the symbolism that David Ortiz represents and the commitment that we have for this case to be brought to light in its entirety."

As Ortiz recovers in Boston, police say they won't rest until the suspects are caught. When asked if Ortiz's high-profile status complicates the investigation, the national police director general said that "we will give him the same treatment as a normal criminal investigation."

The suspects have not been officially charged with crimes — but prosecutors have 48 hours after an arrest to do that. Meanwhile, one of the suspects in the Ortiz shooting already faces charges in the U.S. He has allegedly been on the run since December 2017, after a string of robberies in New Jersey. 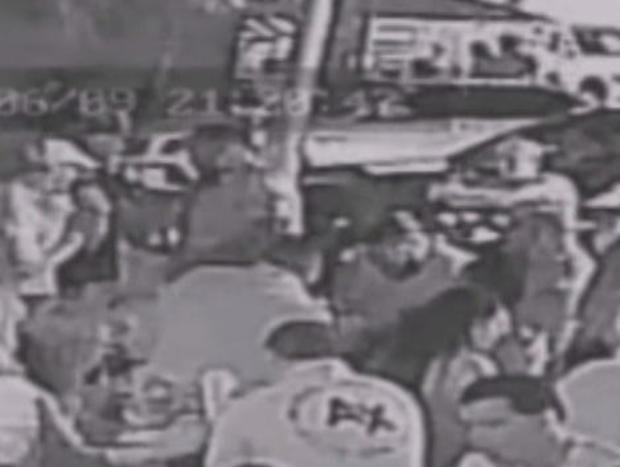 Late-night comedians team up to tackle the climate crisis

From the archives: Joe Biden's Note to Self