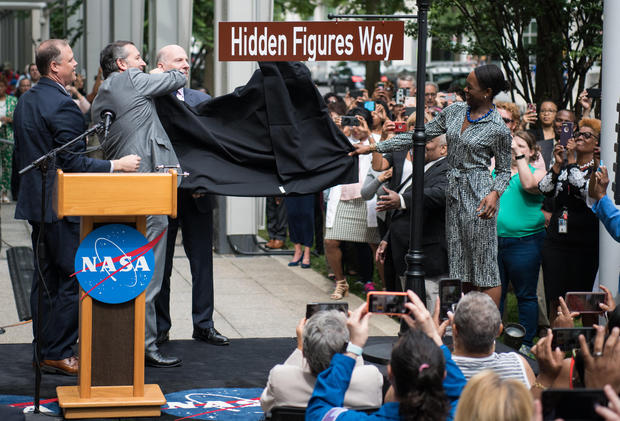 NASA is paying homage to three African-American female mathematicians whose efforts helped put men on the moon by renaming a block in front of its headquarters. The street will now be called "Hidden Figures Way," after the Margot Lee Shetterly memoir and subsequent 2016 Oscar-nominated film of the same name.

The book and movie documented how Katherine Johnson, Dorothy Vaughan and Mary Jackson worked behind the scenes to calculate propulsion, lift, thrust and trajectory for NASA missions during the space race.

"It's not a first or an only story — it's a story of a group of women who were given a chance and who performed and who opened doors for the women who came behind them," Lee Shetterly told CBS.

In 1969, Johnson helped the Apollo program land men on the moon. In 2016, she told CBS News' Jan Crawford she got the courage from her father's motto.

"You're as good as anybody here," she remarked. "You're no worse. You're no better."

On Wednesday, NASA formally recognized these women by naming the 300 block of E Street SW in Washington, D.C., in front of NASA headquarters "Hidden Figures Way."

In February, the Senate passed legislation, sponsored by 70 senators, that would award Congressional Gold Medals to Johnson Vaughan and Jackson.

"Most of all 'Hidden Figures' is about taking off our blinders and recognizing the contributions of the unseen individuals," said Shetterly.

"She always I think looked beyond any adversity that she came upon for the goal for seeking a solution to a problem," said Hylack. 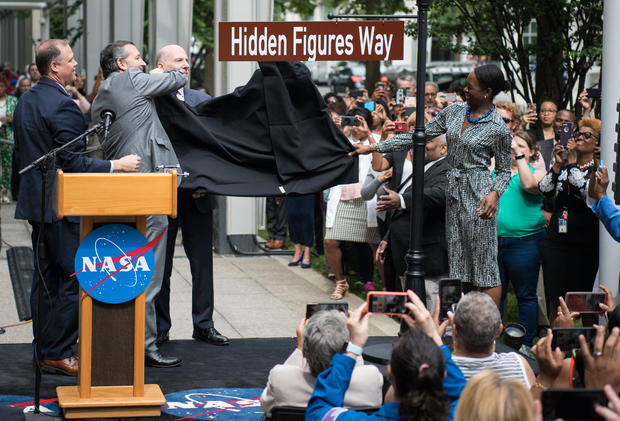