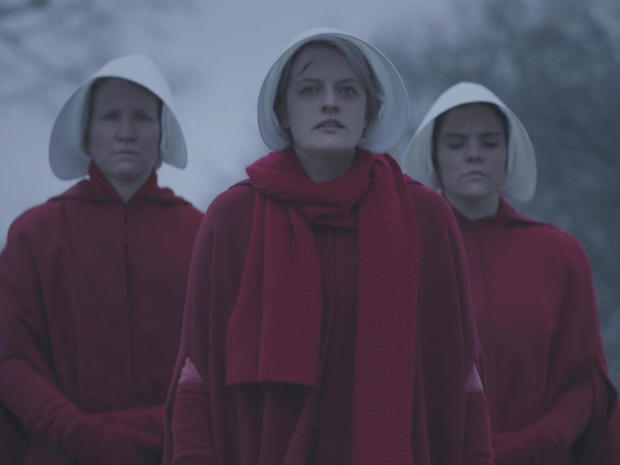 Actress and producer Elisabeth Moss, whose critically-acclaimed drama "The Handmaid's Tale" is back for its third season, says her television and film career was no overnight success. "I do understand how rare it is to kind of get to where I've gotten to. I've been doing this for 30 years, yeah, since I was six years old," she said.

From starring as Zoey Bartlet in "The West Wing," to Peggy Olson in "Mad Men," Moss says she prefers taking on complex characters.

Her starring role as Offred in "The Handmaid's Tale" may be one of her darkest.

The series takes place in the fictional land of Gilead. With deep class divides, it's a society where women's rights are restricted, and handmaids are forced to bear children against their will.

King asked, "When you read her character, what did you think that made you say, I want this role?"

"I just thought that she had this need to survive, and the need to survive for the love of someone," Moss replied. "I also loved that she's a heroine, but she has no special powers, you know? She has the special powers that a mother has, that a wife has. … I think she becomes more and more of a heroine as the show goes on, as she kind of rises to the challenges around her."

"A couple of times I have to put [the show] on pause because I don't want to see what's going to happen next," King said. "I have to get myself ready for what's gonna happen next."

"The Handmaid's Tale" is based on Margaret Atwood's 1985 award-winning novel, inspired by real events throughout history. Atwood has said, "Nothing I've written didn't happen."

Moss said, "In 1985, nothing in that book didn't happen at that point, or wasn't happening at that point, in some part of the world. People are always so shocked by what we do on the show. We never, ever, ever do anything that isn't real and that hasn't happened. Never."

King said, "Lately, you know, we're really struggling where we see the apparent dismantling of women's rights. You see women showing up in protest in those ['Handmaid's Tale'] robes. What do you think of that, and how this story's really resonating with today?"

"I think it's incredible that you can see this costume and know exactly what side that person is on, and what they stand for," Moss replied. "I get to put that thing on every day. That's my work. That's my work outfit, and that is such an honor, and it's empowering."

Moss described the element of women in the show: "We have a pretty clear message that we've, I think, explored, which is, you know, together we're so much stronger. And divided, we are weaker and divided, and when we turn against each other as women, the bad guys win. As soon as these women start to band together, as soon as they connect, as soon as they share their experiences, and are on the same side, they are stronger. And you can actually change everything."

Moss says she hopes those who watch are inspired, and that she pays attention to feedback. Some viewers are questioning if the actor's long-time belief in Scientology can be compared to the show's plot.

King asked, "I see people compare Gilead to Scientology. What is it that they don't understand that you do?"

"And we're not saying you have to do this or do that or believe that or whatever. But you know, we're not even saying that certain things that people in Gilead would believe are bad. Family is very important; that's a great message. But we believe in choice."

The third season of "The Handmaid's Tale" is currently showing on Hulu. To watch a trailer click on the video player below. 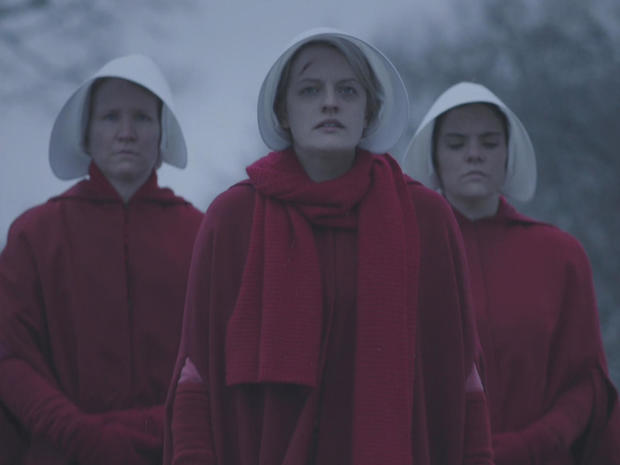 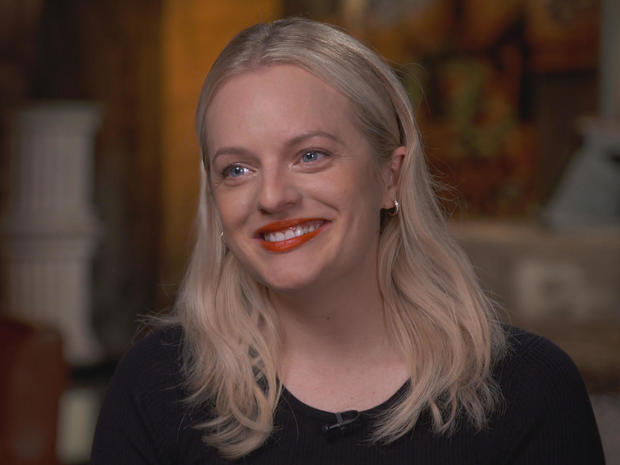 Capitol Hill on high alert ahead of rally in support of...