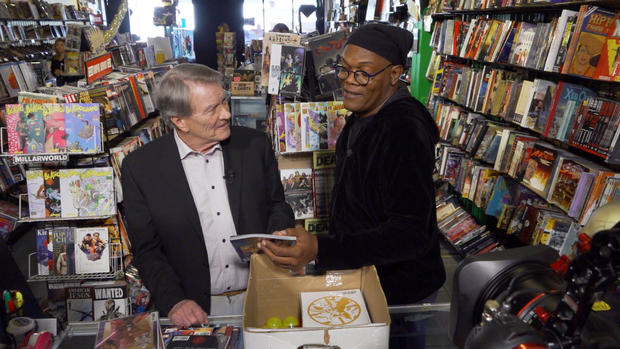 Who wouldn't want to hang out with Samuel L. Jackson?

Where does Samuel L. Jackson get inspiration for his myriad of intense, memorable film characters? One clue: a comic book store

"He spends a lot of time trying to figure out how he can make … a character different, while still sort of having… the Sam Jackson persona," Steve Kroft says about the actor Samuel L. Jackson, whom he profiles this week on 60 Minutes.

One place Jackson finds inspiration for his myriad of often intense, raw, commanding movie characters is at his favorite comic book store, where the owners keep a bin of new comic books for Jackson to review. "He's a big reader of comic books. It's just a constant source of ideas for him," Kroft tells 60 Minutes Overtime's Ann Silvio.

"[Comic books] give me great ideas for interesting character quirks that I want to have in a movie," Jackson tells Kroft.

Below is a transcript of Overtime's story: "Who wouldn't want to hang out with Samuel L. Jackson?"

ANN SILVIO: He's the kind of actor… you know, who wouldn't wanna hang out with Samuel L. Jackson?

ANN SILVIO: Your interview lets us all do that.

SAMUEL L. JACKSON: You got like eight pages of stuff.

SAMUEL L. JACKSON: I am not that interesting…

STEVE KROFT: He's very funny, shrewd, and he's also a great, he's really a great actor, which he doesn't always get credit for.

ANN SILVIO: Sometimes he's the best part of sort of a bad movie.

STEVE KROFT: Quite often he's the best part of a bad movie.

SAMUEL L. JACKSON: I've been in movies where I know that I did things that woulda made the movie better, and they didn't make it to the movie. One of the first movies I was in in Hollywood, and I remember, first day I got there, was the first scene I did on that movie and when I finished doing that scene, everybody on set was crying. Everybody's like, "Oh my God." It was like, "Nailed it." And I get there to watch the movie, and it's gone. And it's like…

ANN SILVIO: In your interviews we see all of his performer's tools on display. We see the way he uses his body, his voice…

STEVE KROFT: He's really a performer. He's an entertainer. Which makes him…

STEVE KROFT: Yes, innately. And he spends a lot of time trying to figure out how he can make such and such a character different, while still sort of having the… you know, the Sam Jackson persona.

CAMERA CREW: This is Samuel Jackson at comic book store, take one.

SAMUEL L. JACKSON: Comic books have changed a bit since the day.

STEVE KROFT He's a big reader of comic books. It's just a constant source of ideas for him.

ANN SILVIO: And you went to a comic book store with him?

SAMUEL L. JACKSON: No, I did not. And they give me great ideas for interesting character quirks that I want to have in a movie.

STEVE KROFT: Give me an example.

SAMUEL L. JACKSON: There's this one series called 100 Bullets. And it's, you know, there's some interesting criminal guys in there that have interesting traits. And I think one of them had a lisp in one of the things. So I stole that for Kingsman.

FILM: KINGSMAN:
I have trouble understanding you people sometimes. You all talk so funny.

SAMUEL L. JACKSON: Bad guys don't wake up thinking they're bad guys. So you try and keep people as human as you possibly can keep them like Jules in Pulp Fiction. Yeah, he's a killer, but when you first meet those two guys, you don't really know they're killers. They're just two guys in a car talkin' about, you know, a trip in Europe…

FILM: PULP FICTION:
Jules: What do they call a Big Mac?
Vincent: A Big Mac is a Big Mac, but they call it Le Big Mac.
Jules: Le Big Mac…

FILM: PULP FICTION:
Guy: We got into this thing with the best intentions, really. I never…
[gunshot]
Jules: Oh, I'm sorry did I break your concentration. I didn't mean to do that. Please continue.

SAMUEL L. JACKSON: I always think that my facility for language comes from a lot of different things. You know, 1) I read a lot. And 2) when I was very small, we didn't have television. So my grandfather and I listened to radio drama on the radio. So I learned to hear stories and how to make the words kind of flow and roll over each other, and do stuff. It was always fun. And my grandfather would make me tell him stories. He would, like, tell me stories. And then he'd make me tell him a story.

STEVE KROFT: I think that, he says that the one thing he tries to do is always figure out what the audience wants, what they want to see. He's interested in continuity and not doing anything that the audience is not gonna buy.

ANN SILVIO: Right, because it will take them out of the story.

SAMUEL L. JACKSON: So when sometimes a director asks me to do something stupid, I'll go, "Well, I'm not gonna do that, because there's somebody in the audience that's gonna sit there and go, that's stupid." 'Cause that's what I do, you know? You know, it's like somebody asked me one day "Don't stop and pick up that guy's gun. Just keep going." You know, 'cause I killed him, and I'm like, "Well, I got a revolver. That's an automatic weapon. So I'm in a gun fight."

STEVE KROFT: You need an upgrade.

SAMUEL L. JACKSON: I need an upgrade. So I'm sorry, I'm just not gonna leave a good weapon laying around on the floor so an audience person can go…

STEVE KROFT: Control it, you want to control it.

SAMUEL L. JACKSON: I want it to make sense.

The video above was originally published March 24, 2019. It was produced by Ann Silvio and Lisa Orlando and edited by Lisa Orlando. 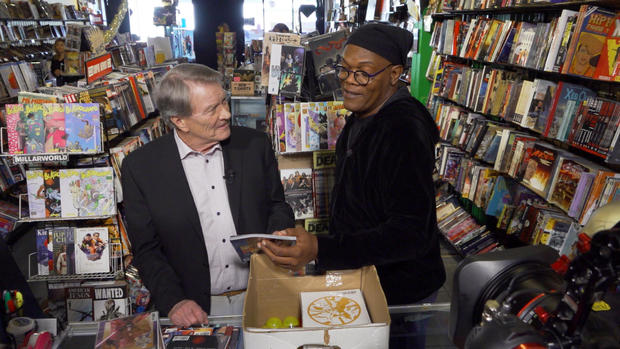 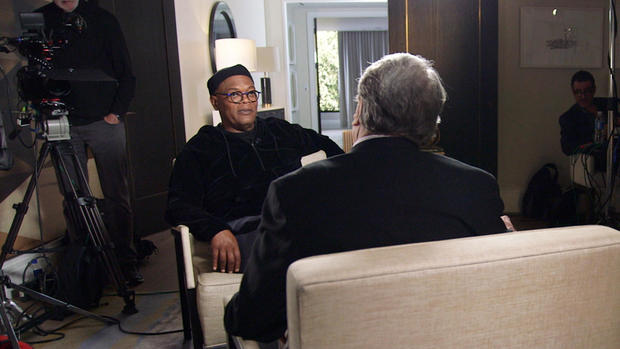 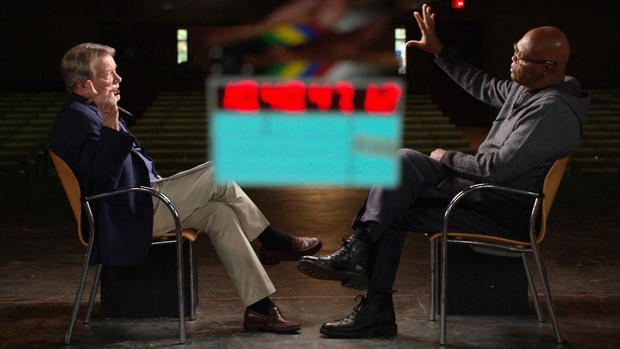 DOJ returns a portion of the “Epic of Gilgamesh” to Iraq