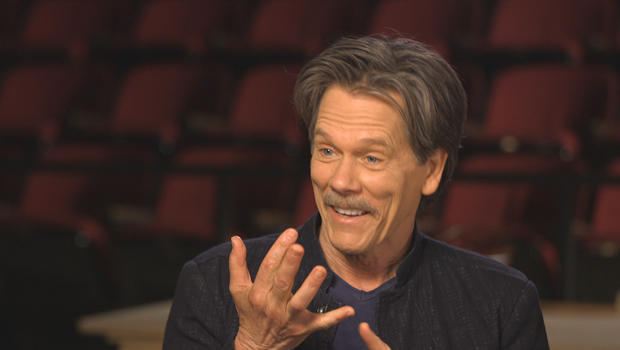 Even in the middle of an interview, those who think they're connected to Kevin Bacon by six degrees or less try to prove it with a picture … strangers mostly. After more than 40 years in the public eye you'd think he'd be bored with it, but he's isn't.

"Often what you hear from celebrities is that it's such a pain in the ass – Oh, I can't go anywhere, and people hassle me and all that kind of stuff. And yeah, there is a certain amount of that, it's true, but 99% of it is really good," he laughed.

And yet, for a star who seems to be everywhere – the fear of being nowhere still lurks.

"No. There still isn't a moment," Bacon replied.

"No, definitely not. The best gig, the best scene, or the best moment or whatever is around the corner, it's not here yet."

And that's what keeps him going, keeps him hungry, he says, for roles like the gritty FBI agent he's currently playing in a new Showtime series called "City on a Hill." "It was a good time in my life to play somebody who could not shut up, and that's this guy," he said.

Bacon's character is a corrupt yet endearingly irreverent Fed who teams up with a young assistant DA (played by Aldis Hodge) to solve a string of armored car robberies plaguing the city of Boston.

What about the accent? "Ya know, you're from Boston, you're going to think it's terrible," Bacon said. "That's the thing you just have to resign yourself to!"

For a proud Philadelphian, though, it's not bad. Bacon is a Northeasterner at heart, leaving Philly for New York at just 17 to enroll in acting classes at the Circle in the Square Theater School.

He said, "Before I knew what an actor was, I kind of knew that I wanted to be an actor."

In what way? "Well, because, barely being able to walk, I would walk into a room, and have this intense desire for people to look at me."

"You wanted to be the center of attention?"

"Footloose," of course, is his forever companion, even dusting off his dance shoes to recreate the moves 30 years later for "The Tonight Show starring Jimmy Fallon":

Yep, he's still got it. But it was as a beanie-wearing fraternity pledge where it all started, in "National Lampoon's Animal House." Bacon got the part of Chip Diller when he was still in acting school. But his teacher at the time seemed a bit surprised.

"With a lump in my throat, I said, 'I'm going off to make this movie,'" Bacon recalled. "And he said, 'They're going to pay you to act?' I'll never forget, that was a direct quote."

And they KEPT paying. After that came the soap opera "Guiding Light," the slasher movie "Friday the 13th," and his memorable role as a low-level drunk in "Diner."

But it was "Footloose" that would be his first leading role, one he almost lost.

"There was a woman who was running the studio at the time [who] didn't like me, didn't want me," Bacon said. "And basically said to them, 'He's just not ****able.'"

"That's almost worse than saying you're a bad actor."

"Yeah, it's a tossup! Especially because I really thought I was!"

He fought for the role, and got it.

But the fame that followed didn't sit well at first. "Now I was a pop star. So, I wasn't comfortable with it. And I pushed it back. I didn't really ride that wave, you know?

"I think I went into a phase of self-sabotage. Things just started to go South from a career standpoint and I was just trying to figure out my place in the movie business."

Cowan asked, "Where did you find your place?

"As a character actor. I felt things just change. People started calling, you know, but they were calling about smaller – but better – parts."

And those were the parts where he found himself sharing the screen with the likes of Jack Nicholson, Sean Penn, Tom Hanks and Meryl Streep – the kind of ubiquity that sparked the Six Degrees of Kevin Bacon game in the first place.

He admits he wasn't at first a fan of the concept: "No. I mean, when I heard about Six Degrees, I was like, 'Oh God, this a joke at my expense.' It tapped into my fears of not being taken seriously. That, you know, I was now a joke, a parlor game."

But he came to embrace it – not the game necessarily, but the idea that we're all linked. "Six Degrees, to me, if you really take me out of it, not only is it a beautiful notion, it's an important notion – that's what we do. We make connections."

His charity, Six Degrees.Org, challenges everyone to connect with those who either need help, or are doing the helping, especially often-overlooked non-profits, like The Door in Manhattan. The organization reaches out to disadvantaged youth through all manner of programs, including the performing arts, where Bacon fit right in.

Second only to acting is his passion for music. He's been writing songs since he was 12, and has a band with his brother, Michael, the Bacon Brothers. They have eight albums to their credit so far, and tour regularly.

There is an off-stage side of Bacon, too, but even that is pretty high-profile. His wife of 30 years is actress Kyra Sedgwick. He's worked with her; she's worked with him. In fact, Sedgwick just finished directing Bacon in an episode of "City on a Hill."

"I knew she would be good at it," Bacon said. "Partly because I could see her come onto my sets, I could see on her face that she's thinking of a better way that I could play it, or it could be shot, or any number of things, and she'd come over and start whispering to me and I'd say, 'Thanks honey, but that's Clint Eastwood over there!'"

He has both the breadth and the depth of experience to allow himself a good long pat on the back. Instead, though, Kevin Bacon just chalks it all up to persistence.

When asked to what he attributes his longevity, Bacon replied, "There's no secret to longevity. Longevity is the secret. If you just hang in there, I think sooner or later somebody goes, 'Yeah, you know, I always liked that guy!' Even if you suck!"

You can stream music by The Bacon Brothers by clicking on the embed below (Free Spotify registration required to hear the tracks in full): 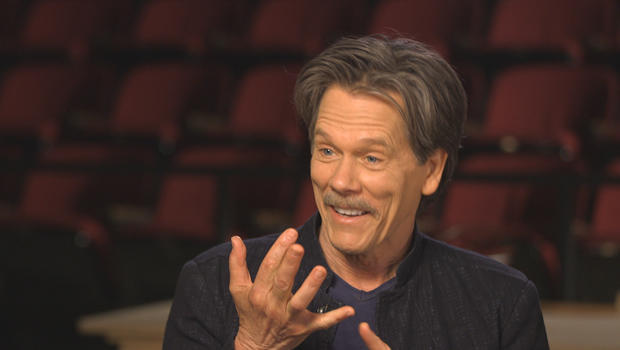 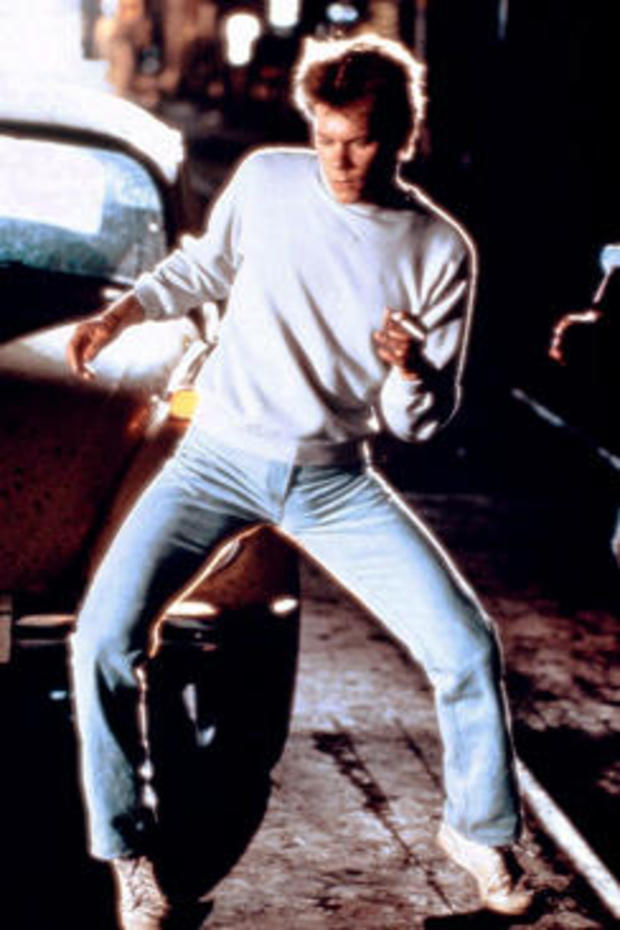 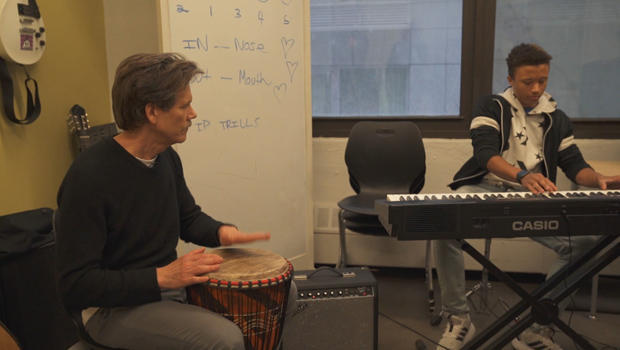 Family fights for justice in murder of UFC star's stepdaughter

James Brolin on love of work, and love of Barbra