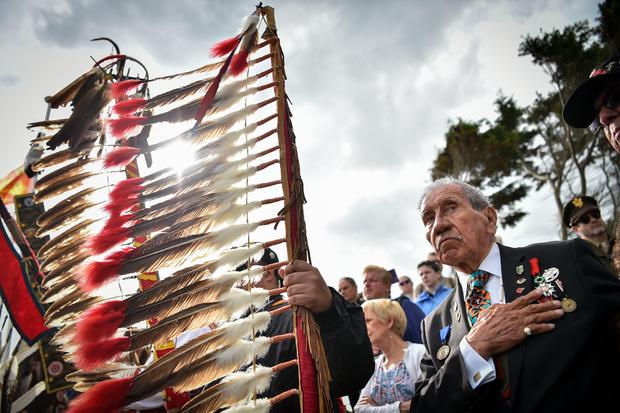 By Mark Phillips CBS News June 6, 2019, 6:56 PM D-Day veteran returns to Normandy to be close to his fallen brothers

Normandy, France — Among the veterans honored in Normandy for the 75th anniversary of D-Day is a man with a long untold story named Charles Norman Shay. Earlier in the week, the 94-year-old veteran led a commemoration for the 29 Native Americans killed in Normandy who were buried there.

Shay had grown up in the Penobscot community in Maine, attended high school, was drafted into the Army and trained as a medic. That is what brought him to the carnage of Omaha Beach.

"Mortars and artillery coming at us," Shay said. "When the ramp went down, the men that were standing in the front, some of them were killed immediately."

Others were so badly hurt, they couldn't drag themselves out of the surf.

"Many men that had been wounded were laying and could not help themselves in the tide," Shay said.

But he returned time after time to drag wounded men up the beach.

Others say it was many more and he received a Silver Star for his heroism under fire. Lately, Shay moved to France to be close to his fallen brothers. He's already been there a year, and plans to stay for his final years.

"I will die here," Shay said. "I believe that I can talk with the souls of the men that are still wandering on the beach here. And I just tried to assure them that they are not forgotten." 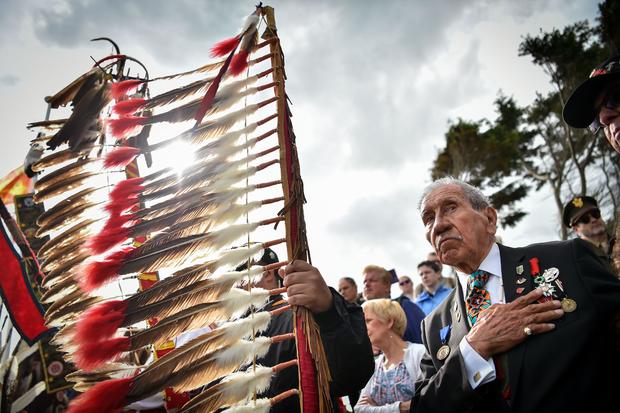 Prominent lawyer accused of planning his own death surrenders to police