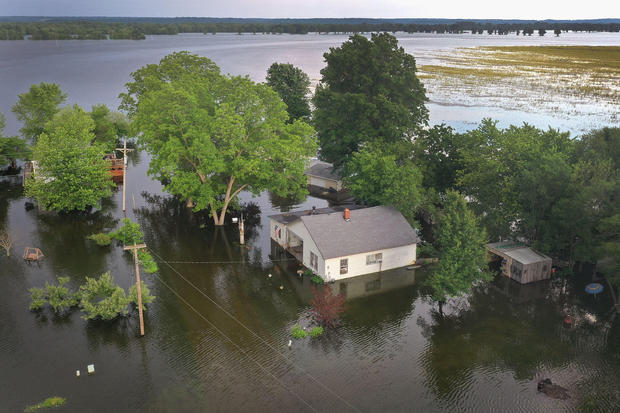 Fort Smith, Ark. — Heavy flooding along the Mississippi, Missouri and Illinois Rivers is starting to impact farmers. In Fort Smith, Arkansas, a boat is the only way to get to Justin Sebo's farm.

Every inch of his 10,000 acres is under two feet of Arkansas River water. His wheat crop, which was only two weeks away from harvesting, is gone. The fourth generation farmer estimates the flooding has cost him $35 million.

"We've lost all of our income for the year. All of the farmers down here did," Sebo said.

Weeks of heavy rains have brought catastrophic flooding from Missouri to Oklahoma and Arkansas. Fifteen counties along the swollen Arkansas River were bracing for more record crests, with levels now 15 feet above flood stage. In Pine Bluff, Arkansas, the water swallowed up several homes and businesses.

"It is a very sad day in my life when I pull up and see my house underwater," said resident Larry Campbell. "We'll build back."

The water is receding in some areas. But there is more rain in the forecast. 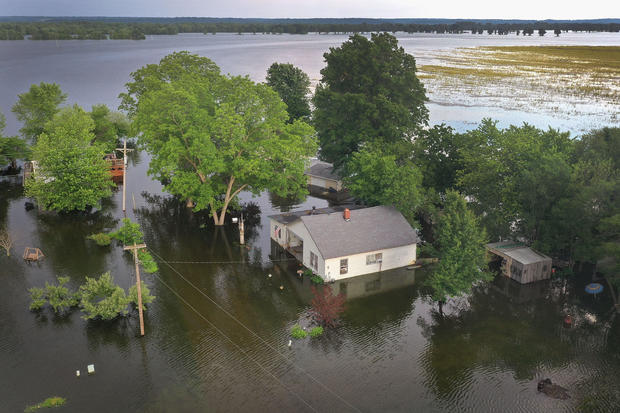 The Dish: Acclaimed pastry chef shares some of her favorite recipes