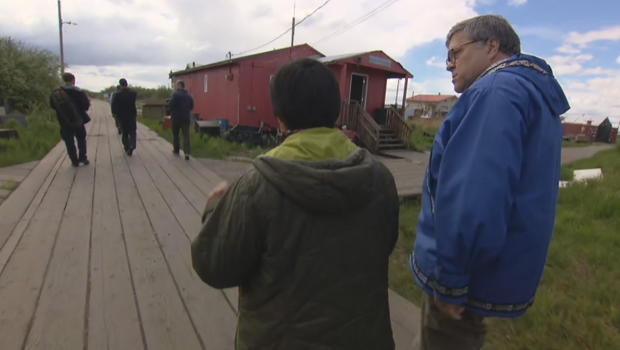 A boat is required to reach the remote fishing village of Napaskiak in southwest Alaska. But this is one of the places Attorney General William Barr came to see.

As he made his way along the boardwalks that wind through the village, he heard how the isolation has made the residents vulnerable, reports CBS News correspondent Jan Crawford.

In a meeting at the local school, the village's tribal chief pleaded for help and protection. "We need serious public safety here," said Stephen Maxie Jr. "We may be poor, we may be the poorest people and the neediest people, but we should matter."

Alaska has the highest rates of domestic violence and sexual assault in the United States – three times the national average. But an investigation by the Anchorage Daily News and ProPublica found one in three communities in Alaska had no local enforcement officers. And there, sex crime rates are even higher. Help can be hours or a day away.

In addition to a lack of transportation further isolating these remote communities, the problems they face include alcohol, which is banned in most of communities but still available in towns and smuggled in. It is a factor in almost all cases involving assault, violence and suicide.

This village has new tribal police officers, but with no training. Their jail is used primarily as a drunk tank; 97% of the crimes committed by Alaska natives involve alcohol.

Barr said, "Someone asked me, 'Why are you here? Why did you pick Alaska?' And it's because, to me, my job is to go where the need is greatest, and I think the need is greatest here. These are people that are just asking for the basic physical security, and it's not much to ask."

Alaska's two U.S. senators had urged him to visit. What he saw prompted Barr to call public safety in much of the state "an emergency."

Before traveling to the fishing village, Barr met with advocates at one of only two women's shelters in the entire region, understaffed and overcrowded.

"It's a common thing to be over capacity," one staff member told the attorney general. "We've got people staying in the living room and in our playroom."

In Anchorage, he toured the state crime lab, with its backlog of unprocessed rape kits.

Barr met with native leaders from every region of Alaska, and said he is looking to develop federal-state partnerships.

At a native justice roundtable, Barr said, "I've always been mindful that it's the responsibility of the attorney general to serve all the people of the United States, and in every state and in every community."

And today the Justice Department will announce new funding for Anchorage because of its disproportionately high crime rate. 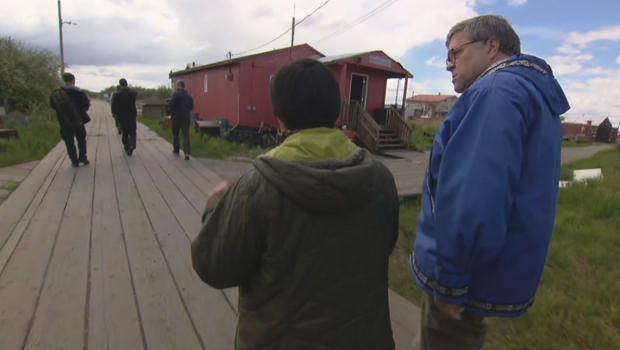 Texas abortion law pushes women to clinics in other states

How the California Medical Board allows doctors with repeated misconduct to...