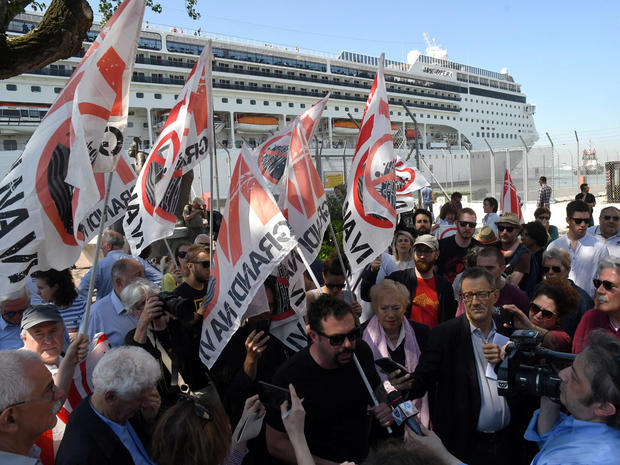 A collision on a busy canal in Venice is sparking new calls for banning cruise ships in the area. On Sunday the MSC Opera cruise liner lost control – the massive ship unable to stop. On the dock, people fled as the towering, 13-deck-high vessel, its horn blaring, grinded into a much smaller river boat and a crowded pier. Five people were hurt, reports Seth Doane.

The cruise liner, which holds more than 2,600 people, had reported engine troubles as they came into port Sunday morning, and the tug boats trying to guide it in safely were not strong enough.

While tourism is vital here, this incident has re-ignited the controversy over these ships, which activists say are simply too big for this fragile city. Many Venetians are saying "enough is enough," and that the accident was a "wake-up call."

Protests were sparked immediately among those who are fed up with the cruise liners, which dwarf this city, and argue they endanger the fragile lagoon and change the city's character.

"It worries me because it's something that could've happened so many other times, and could happen again today, " said Jane Da Mosto, an environmental scientist who heads We Are Here Venice, which wants to ban cruise ships.

"These cruise ships bring a huge, huge number of people concentrated into the city, and they've acted like kind of the icebreaker for the destruction of Venice through mass tourism," Da Mosto said.

The picturesque canals of this former maritime republic draw throngs of tourists. The cruise ships, which sail through the lagoon and the Giudecca Canal to dock nearby, exemplify the mass tourism crushing this city, as they brings two million visitors a year.

The street artist identified as Banksy recently added his flourish to the protest, setting up his own display as Venice hosts the art world's famed Biennale exhibition.

Following Sunday's accident, Italy's transport minister, Danilo Toninelli, said the government is "close" to a solution to protect both the lagoon and tourism. 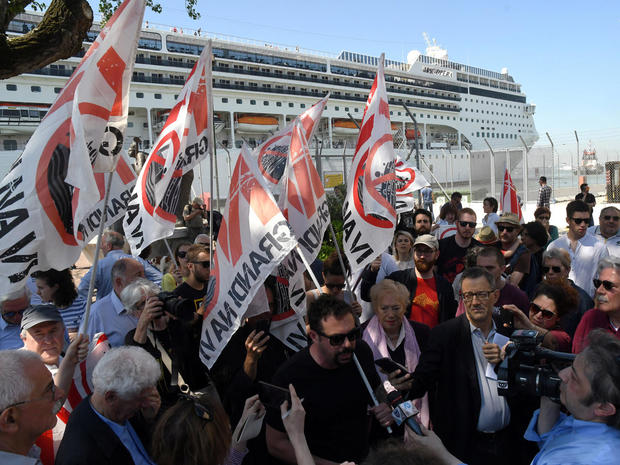 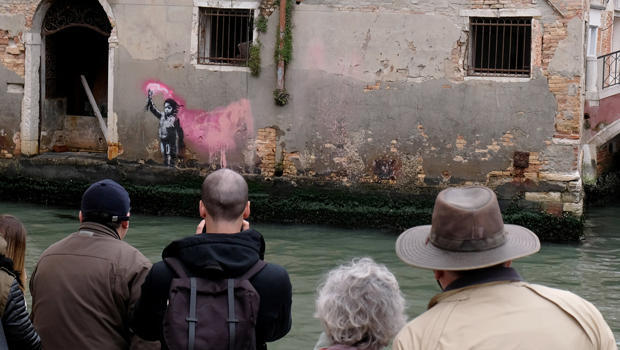 How criminals extort social media users for their handles

Chef Nate Coe on how his mother and upbringing inspired him