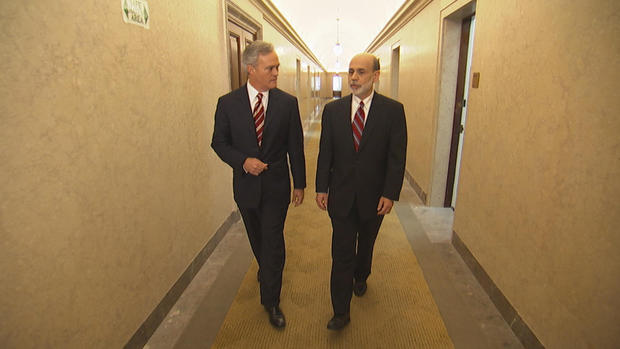 The Federal Reserve, 10 years after the Great Recession

Ten years ago, the economy was teetering. The government had seized Fannie Mae and Freddie Mac, Bank of America had bought a distressed Merrill Lynch, and 158-year-old Lehman Brothers had failed. The Federal Reserve loaned billions of dollars to prop up the global insurance giant American International Group. It cut interest rates to nearly zero and used Depression-era emergency powers.

But by 2009, the Fed was doing a lot of things it had never done before.

In March of that year, Bernanke sat down for a 60 Minutes interview in an effort to be more transparent with the public. As unemployment continued to rise, he wanted to keep the American public informed of how the Fed was responding, so he gave a follow-up interview a year later. This past March,Pelley continued his tradition of interviewing the head of the Fed by speaking with current Fed Chair Jerome Powell.

"It's almost impossible to imagine just how different things are today," said Henry Schuster, who produced all three interviews.

Gone are the days of the Fed chair sleeping on a couch in his office, for example.

Those late nights were caused by a sense at the Fed that, although they had averted one crisis, landmines were all around. In his first 60 Minutes interview, Bernanke told Pelley the recession had been the worst downturn since the Great Depression. But that wasn't how he really felt.

A PhD in economics with a specialty in the Great Depression, Bernanke believes it was the Federal Reserve itself that helped turn a recession into a global calamity in 1929. To prevent that from happening again, Bernanke took drastic measures, including using the Fed as a lender of last resort to prop up the economy.

With interest rates effectively at zero, the Fed began a policy known as quantitative easing in an effort to get business investment and credit markets moving again. The Fed started buying billions of dollars in mortgage-backed securities, and at its peak, the Fed balance sheet held trillions of dollars in bank debt, mortgage-backed securities, and Treasury notes.

In a recent interview with Powell, Bernanke and former Fed Chair Janet Yellen, Powell admitted that he had been skeptical of his predecessor's decision and had raised questions about quantitative easing at the time. Looking back on it today, Powell said he realizes the risks he identified hadn't come to pass.

He later acknowledged that, if similar economic conditions present themselves in the future, the Fed would consider using quantitative easing again.

"These are some of these things that don't have a precedent," Powell said in the clip above. "And so you've got to go through them and bring your best thinking. And then learn lessons from what's happened."

Another lesson the Fed has learned, Powell said, is to provide a means in which large financial institutions can fail. He told Pelley the Fed now requires banks to have higher levels of liquidity and capital.

"Question is, how long does that last?" Pelley said in the video above. "Will the next generation of people who run the Fed forget these lessons of 1929 and 2008 and let it happen all over again?" 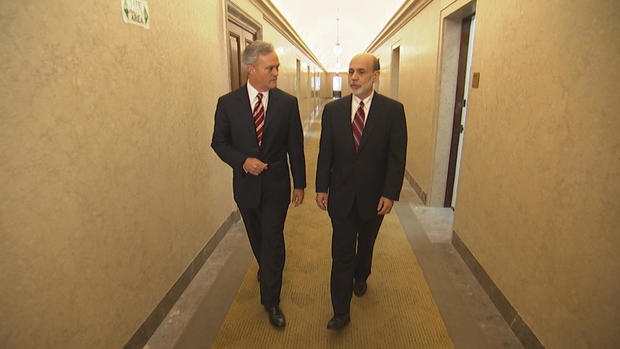 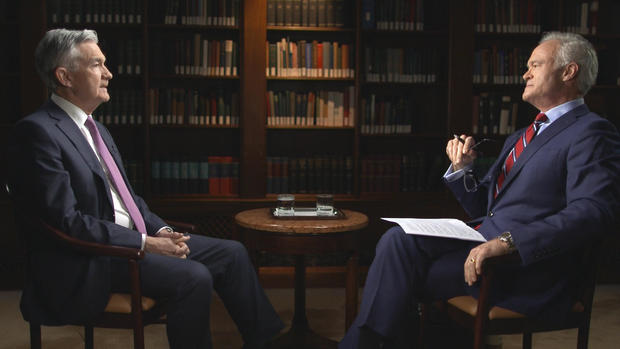 Sanders says Democrats are “going to come together” on reconciliation bill