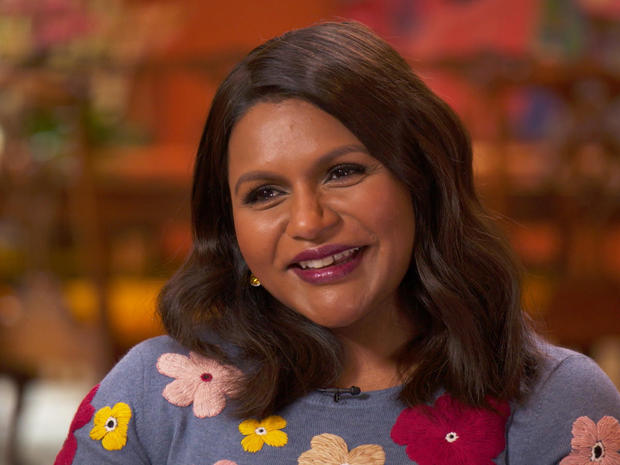 When correspondent Luke Burbank asked Mindy Kaling, "What is it like for you, being famous, like, out in the world?" she replied, "Do you think I'm famous? That's great!"

Mindy Kaling doesn't assume people know who she is, but Hollywood certainly does. From her breakout role as Kelly Kapoor on NBC's hit comedy "The Office," to her Fox show "The Mindy Project," to films like "Oceans 8," and even bestselling books.

"I always had such high expectations of myself, because I came from people who have insanely high expectations," she said. "I don't think they necessarily thought it would be in this career path."

"There was not a Mindy Kaling on TV for you when you were a little kid," Burbank said.

"Yeah, I think back on this and think it is strange, you know? I didn't see anyone that looked like me on TV. And yet, my draw to comedy was so much that I didn't care."

Raised in Boston, the daughter of Indian Immigrants (her father an architect, her mother an OB-GYN), it was at her mother's office when Kaling, at just six years old, first showed a knack for comedy.

"I would sit there after school and just write these little plays on my typewriter," she said. "And she would laugh, like, maybe 20% of the time. And that always made me feel really good. That's how I first started thinking, like, 'Oh, I really love that feeling. I wanna chase that feeling.'"

She chased it through college at Dartmouth, and then after graduation she co-wrote "Matt and Ben," an absurd comedic play about Matt Damon and Ben Affleck. Kaling played Affleck; co-author Brenda Withers played Damon.

The play was an off-Broadway hit, and was even picked up to be a TV pilot. But the network told Kaling they wanted another, more "conventionally beautiful" actress to play the role.

"That was devastating," she said, "but it also showed me, like, the first time, the harsh realities of Hollywood. They didn't think that we were sort of television-friendly enough that people would want to see us."

So, she did. First stop: "The Office," where she was hired as a staff writer and told she could make the occasional on-camera appearance. "So, it was, like, the funniest way to be introduced as a character," she said. "I don't even think I had any lines – I just slapped Steve [Carell] and stormed out of a room, offended."

And she hasn't looked back. These days, she's starring in the new film "Late Night" (which, naturally, she wrote) alongside Emma Thompson. In it Kaling plays an aspiring yet somewhat naïve TV writer.

Kaling says her actual experience writing on "The Office" was nothing like what her character in the film goes through. And yet: "When I was at 'The Office' writers' room and there was a lot of white men who I worked with, if they say something that's not funny or doesn't work, it's not a reflection on white men. It's just them, personally.

"But when I say something, my great fear is that they'll look at it and say, 'Oh, that's what Indian women are like.' 'Cause you're like, 'I wasn't that good today, and now, like, billions of Indian people are being seen as unfunny, 'cause I was kind of tired today.'"

Burbank said, "This is probably the first movie I can think of where the dramatic tension revolves around workplace inclusivity."

"It's not boring, but it kind of sounds boring."

"Yeah, well, the thing is the ideas that are going into this movie, like, feminism, ageism, those all sound really boring. But workplace comedies are things that are really fun," she said.

Ever in-demand, Kaling is also developing a new Netflix show, and she says, her writers' room looks a lot different than the one she started out in.

As for the office Kaling works from, it can only be described as half-Hollywood mogul, half-daycare center. "My nanny will bring my baby in for a little break, and all the writers think she's adorable," Kaling said. "Or at least they correctly tell me, their boss, that she's adorable, which is smart!"

Kaling is 39, and raising her daughter Kathleen on her own. She says motherhood has forced her to leave the office at the end of the day and head home.

Burbank asked what it's like to hang with Oprah: "Does she cook things?"

Despite her fame and fortune there is something oddly relatable about Mindy Kaling. When she tries to make pizza rolls, well, it's more "I Love Lucy" than Martha Stewart.

And maybe it's that relatability that's made Kaling so popular with her fans over her career – a career few could have imagined, and that Kaling isn't taking for granted.

"My work is so social and so fun, and comedy is so life-giving and energy-giving, that I just wanna do it for as long as I possibly can," Kaling said.

To watch a trailer for "Late Night" click on the video player below. 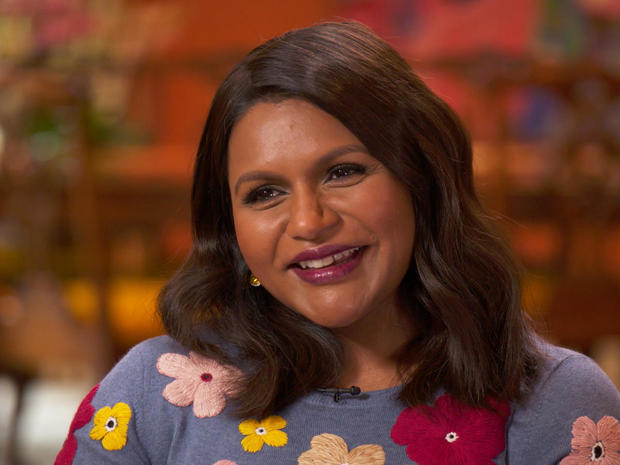 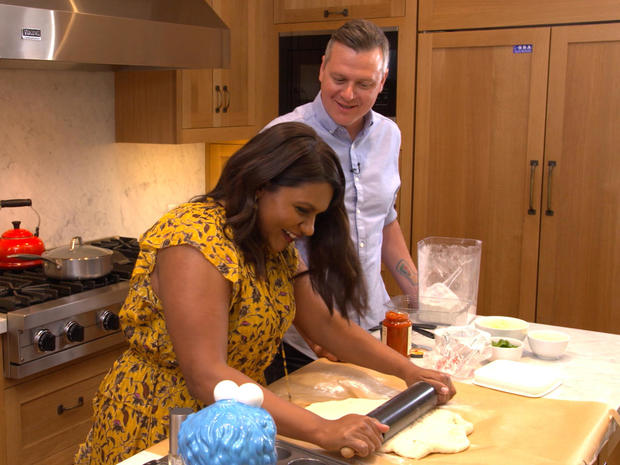