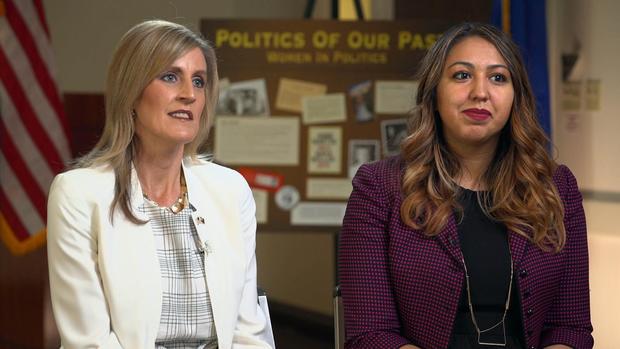 Nevada might be known for the excitement and entertainment of Las Vegas, but it's the quieter, less-flashy state capital of Carson City that's making headlines. For the first time in our nation's history, a state legislature has a majority of female lawmakers: 51% are women, far exceeding the roughly 15% of states such as Mississippi and West Virginia.

In the halls of Nevada's state capitol, it's hard not to notice there's a wave of women.

"There are young women who look at the wall of our country's president and thinks, 'Well, no one looks like me,'" Senator Yvanna Cancela told CBS News' Jamie Yuccas. "And they can look to Nevada and say, "'Wow, so many of them look like me.'"

Cancela is one of the state legislature's newest members. She says the new majority has propelled female focused legislation. She's behind a bill, passed earlier this month, protecting a woman's access to abortion and removes the requirement of asking whether she's married or not.

"Women all over the country said, 'I'm tired of taking the backseat to having other people make decisions about my body, about my children, about my life, about my workplace. I wanna be in that decision-making seat,'" Cancela said.

Pat Spearman, one of the longest serving state senators, first took office in 2013. She says many of the bills passing are topics that naturally arise when women are at the table.

"The women who are here this time, doesn't matter which party, when we're passionate about something we just push for it," Spearman said.

Republican Assemblywoman Melissa Hardy and her Democratic colleague Selena Torres have worked across the aisle to better education. "I think it has been the most incredible experience of my life," Hardy said.

"I know we have over 90% bipartisanship on the bills that's we've passed so far," Torres said.

Torres is a 23-year-old teacher who helps Hispanic students learn English. Hardy is a mom of three and business owner. But where they can build bonds, they do, especially outside capitol walls.

"The things that we share are a lot more than the differences that we have," Hardy said. "So you go out, you have fun you have dinner, you sing."

The gatherings, in committee and outside of it, keep getting bigger.

With 52% of the majority, 23 in assembly and 10 in the senate, these women say their only objective is to serve every Nevadan.

"The idea of having a female majority has left a sense of pride that I can't even explain to you," Spearman said. "I don't know anything else to do but fight. And I hope when I leave here, one of the things they will say about me is that she fought and never gave up." 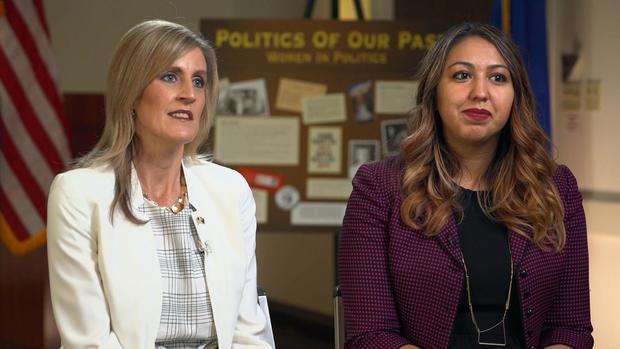 Here are the biggest climate pieces of Democrats' spending plan

How to see the Harvest Moon, the last full moon of...