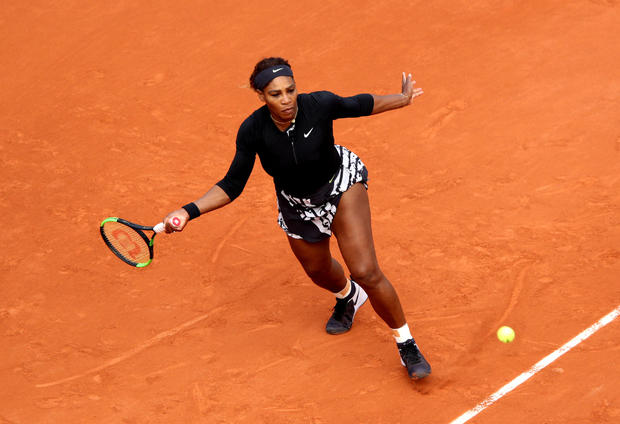 CBS News May 28, 2019, 9:17 AM Serena Williams defends Nike as it faces criticism from female athletes

Serena Williams won her first-round match at the French Open Monday, where the 23-time Grand Slam champion wore a Nike collaboration. Her cape-like jacket had the French words for "Champion," "Queen," "Goddess" and "Mother" printed on it.

After the match, Williams defended her longtime sponsor, which has recently been criticized by other female athletes for "reducing" sponsorship payments during and after pregnancy. Nike has strongly defended her after her infamous catsuit outfit was banned by the French Tennis Association last year.

Williams said she has faith in Nike's policies toward female athletes.

In a post-match press conference Monday, Williams said Nike showed up for her when she was pregnant with her daughter in 2017.

Williams was responding to recent New York Times op-eds of several current and former Nike-sponsored athletes in which they spoke about the financial penalties they faced if they became pregnant. The Times reports Williams kept her Nike sponsorship deal while pregnant.

"So if they want to call you crazy, fine. Show them what crazy can do," the Nike "Dream Crazier" commercial voice-over said to its viewers.

"If we want to be an athlete and a mother, well that's just crazy," Montaño said.

In a statement overnight, Montaño said Serena was right about learning from mistakes, but she said, "It is an absolute mistake to continuously accept verbal affirmations. We need action to follow suit."

"I want to see, not just Nike, the sports industry implement practices in place that specifically protect female athletes, and that includes clauses for maternity and pregnancy," she said.

In 2018, the Bureau of Labor Statistics said that only 17 percent of workers in the United States had access to paid family leave. That's something Williams' husband, Reddit co-founder Alexis Ohanian, wants to see change. He spoke with CBS News when he launched a parental leave campaign with Dove.

"Ultimately, the goal here is to get a federal law passed that makes parental leave something that's available to every American citizen," he said.

After the criticism, Nike issued a statement saying that in 2018 it "created an official policy standardizing our approach across all sports, so no female athlete is penalized financially for pregnancy."

Two congresswomen have asked Nike for specifics about current protections for women who become pregnant. 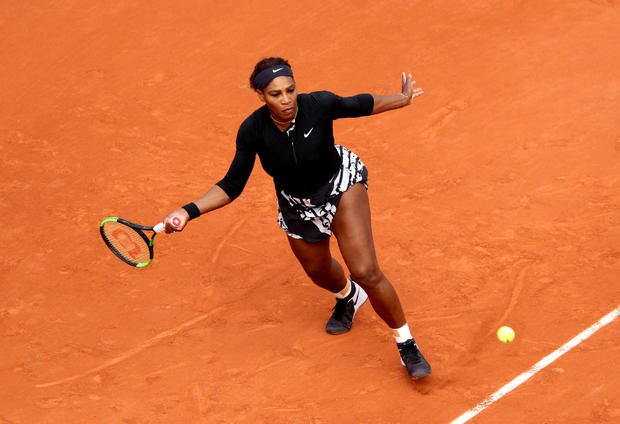