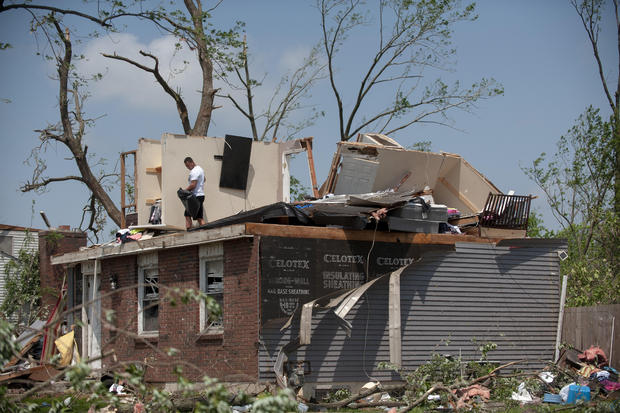 Dayton, Ohio — May is already the fourth worst month for tornadoes ever recorded and the threat continues with watches and warnings posted in half-a-dozen states from Oklahoma to New Jersey. More than 500 tornadoes have been reported.

One storm after another pummeled the nation's midsection, leaving a trail of despair, destruction and one death from at least 53 twisters that may have touched down across eight states overnight. In Ohio and Indiana, winds of up to 140 mph ripped homes from their foundations, raised roofs and toppled thousands of trees.

A dollar store on the outskirts of Dayton now looks to be worth about ten cents. On Woodhaven Street in the Northridge section of Dayton, CBS News found John Barber, a resident for 44 years.

"I had grabbed a flashlight, I knew we was going to the basement. And before we got out of the bedroom the lights went out," Barber said.

Directly across the street, Jeremy Sutter surveyed what's left of the home he purchased just five months ago. Many people said they have insurance, but it will be a long time before they're back in the neighborhood. Sutter said he'll be going back to his "mom's garage." 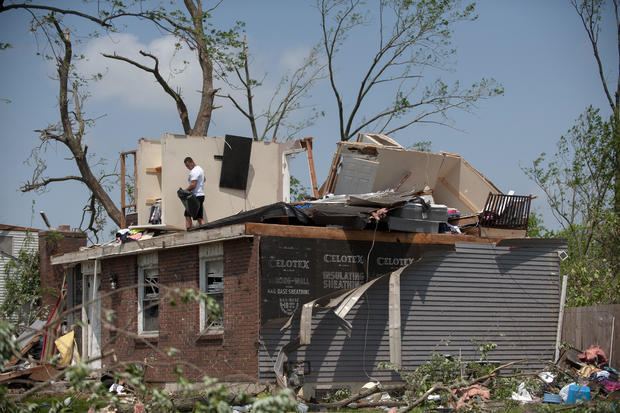 4 found dead in SUV in Wisconsin cornfield: “Everybody's a suspect”