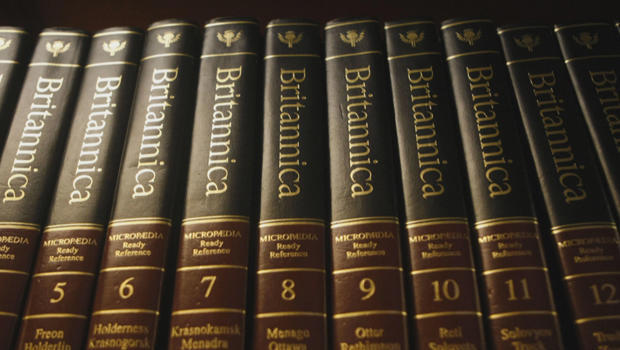 Americans are awash in information. Most of us walk around with devices that give us instant access to all the knowledge in human history. But before you could Google it, and long before we met Alexa, there was Britannica.

As in Encyclopedia Britannica, which turns 250 years old this month.

Founded in 1768 in Edinburgh, Scotland, Britannica was the brainchild of Colin Macfarquhar, a printer, and Andrew Bell, an engraver. They also had an editor, William Smellie. "He was a very learned man," Pappas said, with (he added) a wonderful capacity for drinking.

So there they were, two guys with no formal training and one very drunk editor managed to write and publish the first edition of the Encyclopedia Britannica, in three volumes. Its useful, practical information also contained some guesses: a short article from 1768 spells California with two L's, and says it's a large country of the West Indies – "It is uncertain whether it be a peninsula or an island."

From those humble and sometimes factually-challenged roots, grew a great tree of knowledge, considered by many to be the definitive resource of information over the years, all collected in one place.

But there were also challenging times for the company: the Great Depression of the 1930s, for example.

"Folks did not have disposable income, a lot of it, to spend on encyclopedias," Pappas told correspondent Luke Burbank. "Britannica had to find a way to stay relevant."

Their answer? The Answer Girls, an elite corps of women who would research and answer any question a Britannica owner might have.

Readers would ask a question of Britannica on a postcard, attach a stamp, mail it to them, and their library research service would research and type up a detailed report – up to 10,000 words!

Katharine Hepburn's character in "Desk Set" is said to be modeled on the Answer Girls' director.

It took Jacobs about a year and a half to do so. "Reading six hours a day, every day and anywhere."

Jacobs read the whole set for a book he was writing. The Encyclopedia Britannica, he said, "like the Mount Everest of knowledge."

He says the hardest part wasn't even reading all 44 million words; it was trying to keep all those facts and figures to himself. "I had all this knowledge, I kind of wanted to share it!" Jacobs said. "And my wife started to fine me one dollar for every irrelevant fact I inserted into conversation.

These days it's rare that students, like fifth graders at Eisenhower Academy in Joliet, Illinois, would even pick up a physical copy of Britannica. Oliver Bailey said, "When I first saw it, I was kind of amazed because it was kind of a variety of everything – on this page you see animals, people, ancient illustrations."

Of course, the information on Wikipedia could come from anywhere, but it's actually relatively reliable, compared to what else is out there … which is where David Mikkelson comes in. He runs the fact-checking website Snopes.com from a tiny office in his home in Tacoma, Washington.

"My initial goal was to be, like, this Encyclopedia Britannica for urban legends," he said.

The site started as a hobby debunking odd rumors, like the one about Walt Disney being frozen when he died. Well, was he? "No, he wasn't!"

Some 25 years later, the site gets around 20 million users per month – people hoping to separate fiction from fact.

Burbank said, " The very idea of what the objective facts of our world are, are really up for debate right now."

"Well, some people you're just never going to reach or ever convince," Mikkelson said. "The people who are willing to take a critical or a skeptical look at something are the ones that you need to reach."

And those are the people Britannica is hoping it can still reach, through its various online tools.

The hope, and idea really, being that now, maybe more than ever, facts actually DO matter, and not all information is created equal.

Burbank asked, "So you guys are really trying to sort of fight the good fight of putting real information into the world?"

"Absolutely," said Britannica's Ted Pappas. "We're trying to surface and bring it to people. We're not going to wait for folks to come to us. We've done it for 250 years, I think we'll do it for another two-and-a-half centuries." 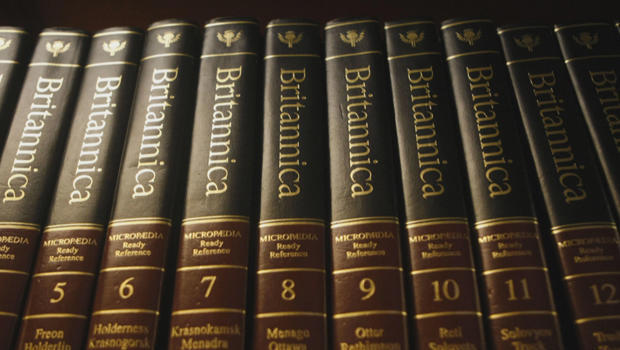 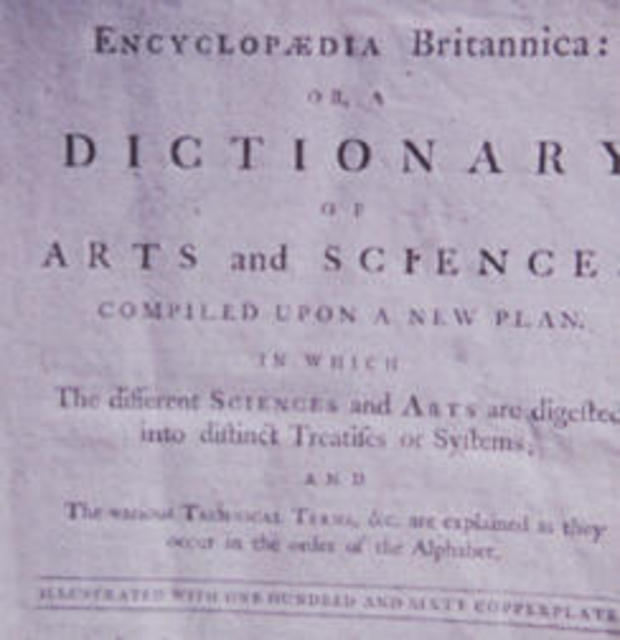 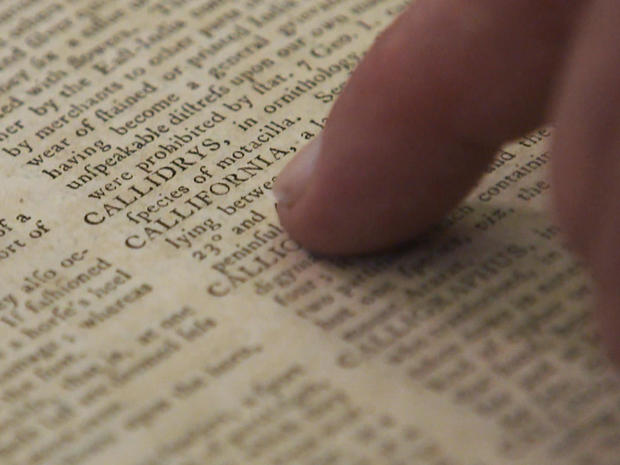 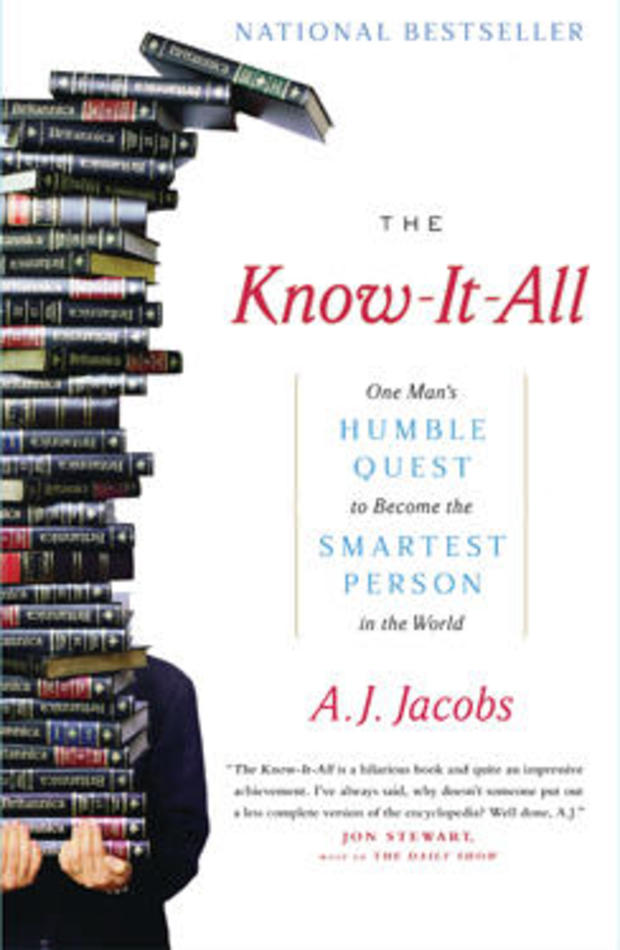 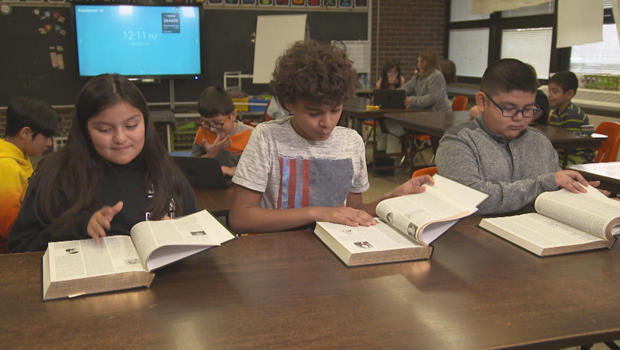 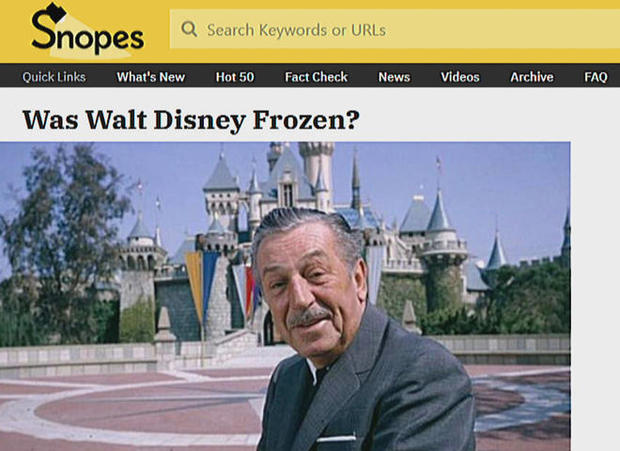 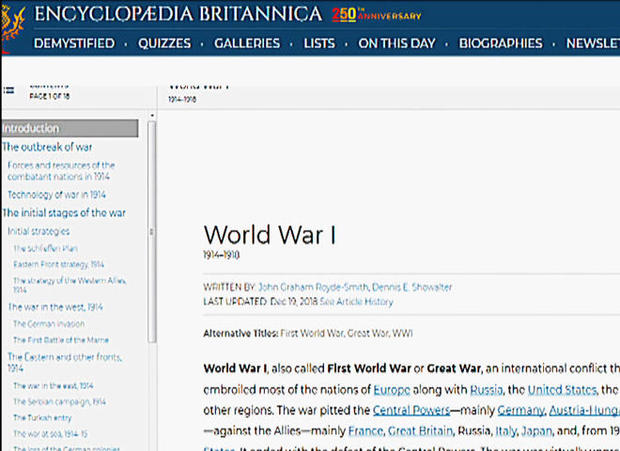