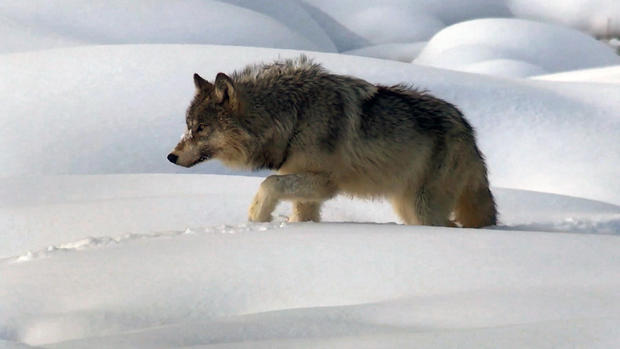 The return of wolves to Yellowstone Park

It's safe to say that wolves have an image problem. Since ancient times they've been portrayed in fables and legends and the bible as fearsome, voracious predators. The story of the big bad wolf may be the most memorable and frightening of all the fairy tales told by the Brothers Grimm.

That "grim" reputation actually produced a very real result in America in the early 20th century. Wolves were wiped off the landscape, trapped, poisoned, and hunted until there was not a single one left in the American West.

When the National Park Service decided to bring wolves back to Yellowstone Park in the 1990's, it followed a bitter debate between wildlife groups, who wanted them restored, and ranchers, who most definitely didn't. Two decades later, the wolves of Yellowstone still stir strong emotions, but they've also had an impact that almost no one saw coming.

In the dead of winter, Yellowstone Park is a beautiful, but forbidding place. Howling wind, sub-zero temperatures, six feet of snow. Just finding enough food to survive is a profound struggle for every animal. Waterfowl, bison, elk, foxes, they all have to work for every morsel.

Yellowstone was the world's first national park, founded in 1872. And it remains one of the most visited; millions of people come here every summer, but they used to pretty much leave it to the wildlife in the winter, until the wolves came back.

Now, reports of a wolf-sighting can produce a traffic jam along the one 50 mile stretch of road the park service keeps open in the winter.

Bill Whitaker: How about that.

Doug Smith: And no one predicted this would happen. Actually, you know, we–

Bill Whitaker: The appeal of coming in to see the wolves?

Doug Smith: Yes. And it truly has been amazing. And, hundreds of thousands of people a year, we estimate, come here just to see wolves.

"Wolf Tourism" pumps $35 million a year into the local economy, much of it spent in the winter, which is prime wolf-watching time.

Glen Mai: We've seen wolves all three days that we've been out.

Glen Mai is a retired FBI agent from Arlington, Virginia. Kathy Lombard is a retired cop, from New Hampshire. They both paid an outfitter thousands of dollars to take them wolf-watching.

Bill Whitaker: So what is it about wolves that bring you all the way out here from New Hampshire to sit out here and just hope for the chance to see them?

Kathy Lombard: They've been able to bring wolves back into Yellowstone and they've thrived. So that's just an awesome thing to see.

It was January 12, 1995 when the first grey wolves, captured in Canada, were carried into Yellowstone Park. It drew both national attention andfierce opposition, so much that armed guards were posted to protect those wolves.

Bill Whitaker: So, the first wolves released into Yellowstone Park were released right back here in this– this thicket?

Bill Whitaker: How many are in the park now?

Doug Smith: We've got 96 in ten packs, and it's been roughly 100 wolves the last ten years. Very stable.

Those ten packs of about ten wolves each are without a doubt the most closely observed and studied wolves on earth.

Doug Smith: Our goal is to keep touch with each pack. That's our goal.

They do that by trying to attach radio collars to at least two wolves in each of the park's packs.

Doug Smith: So you fly out in the airplane, find wolves in the open. That airplane radios a waiting helicopter on the ground. That helicopter flies out with a gunner in the backseat.

That gunner is almost always Smith himself.

Doug Smith: And you fly up alongside that wolf. And you shoot a tranquilizing dart into it.

Doug Smith: Five minutes, it goes down. We process the wolves. We take blood. We measure them. We look at their health. And we attach a radio collar. And then we follow them for their life hopefully.

That life, by the way, typically lasts about five years. Yellowstone wolves are fierce and territorial; the leading cause of death is attacks from other wolves.

Doug Smith: And their look is uncontrollable. That look says, "I ain't gonna conform to your rules. And I'll die before I do." And that's powerful.

Data from the radio collars has helped Smith's team to learn volumes about wolf behavior.

It also helps all those wolf watchers find them. Park service employee Rick McIntyre is out every day listening for signals and then spreading the word.

Rick McIntyre: Would you like to see a gray wolf?

Bill Whitaker: I would love to.

Rick McIntyre: Okay, here you go. So it's a little bit right of center.

Rick McIntyre: So see if you count them all. There would be two grays–

Bill Whitaker: Three, four, five, six black ones, and the white one that went by.

Rick McIntyre: And there should be a second gray.

Bill Whitaker: How about that.

We had spotted the Junction Butte pack along a ridgeline about two miles away. Like most packs, it's led by an alpha male and an alpha female, the only two wolves in a pack who mate with each other.

Rick McIntyre: The gray alpha female is still leading to the right.

Rick McIntyre: And you see how the ones behind her are playing. She's determined to lead them to the west. They're running along the top,

Doug Smith: We can see these wolves from the ground. And it's been a sensation. So we've learned a lot about pack dynamics, and personalities, and– and how social they are.

Bill Whitaker: What do you mean? Describe that for me.

Doug Smith: They wanna be together. They're a pack animal. So the power of the wolf is the pack.

Nowhere is that power more evident than when a wolf pack is on the hunt for elk, its favorite prey. They work together, because they have to.

They do it, Doug Smith says, both by coordinating their attack and by zeroing in on vulnerable prey.

Doug Smith: They're gonna take the weak. So they're making their living off of calf elk, old elk, injured elk.

Without wolves, there was an overpopulation of elk in Yellowstone. As wolves have cut the size of those herds, there's been an unexpected side-effect: plants that elk feed on have made a comeback, which has in turn produced benefits for other species.

Bill Whitaker: And the wolves are a factor in all of that?

Doug Smith: Very simply put: wolves eat elk; elk eat this. When the elk get reduced, they eat less, so beavers and song birds can respond to the growth and that vegetation.

Doug Smith is quick to say that it's not as simple as he just made it sound, but that hasn't stopped some environmentalists from declaring wolves the "saviors" of Yellowstone's ecology.

Randy Newberg: There's some people who will try to convince you that wolves could probably solve Mideast peace and world hunger.

Randy Newberg is a Montana hunter who hosts a TV show and podcast forhunters. He remembers how emotional the debate over reintroduction was between wolf-haters and wolf lovers.

Randy Newberg: Wolves are wolves. They aren't the big bad wolf and they don't have a rainbow shooting out their ass like everyone would think they do.

Erik Kalsta: There's something romantic about a wolf, right? Unless you've seen it chewing on a live cow.

Erik Kalsta's family has been raising cattle and sheep on this Montana ranch for 100 years. He says he was worried from the moment the first wolves were brought back to Yellowstone, which is about 100 miles to the south.

Erik Kalsta: You know, they weren't gonna stay in the park. They're a wild animal. They'll go where they wanna go.

Bill Whitaker: I'm sure you knew it was only a matter of time before they were gonna get here.

Erik Kalsta: Oh yes. There was no doubt

Erik Kalsta: And there was a set of tracks

Erik Kalsta knew that wolves would follow migrating elk out of Yellowstone and onto his ranch, and that they'd attack his livestock if given the chance. He started hiring range riders to watch over his cattle, and he bought guard dogs to help keep wolves away from his sheep.

His defensive measures have kept wolves away from his livestock, but neighboring ranchers have lost both cattle and sheep to wolves.

Doug Smith: The thing that's never monitored, when I talk to these people, is the lost nights of sleep, the nervousness; "I saw a wolf track at my place today," or, "I actually saw a wolf. Wolves are around." You can't measure or compensate for that.

Bill Whitaker: Are wolf attacks on livestock– a serious problem?

Doug Smith: No, it's rare that it happens. But if it's happening to you it's a serious problem.

It was that fear of wolf attacks that drove ranchers and settlers to eradicate them in the early 20th century. After the endangered species act was passed in 1973, wolves were among the first to be listed, and a campaign began to restore them to Yellowstone Park.

After that happened in the 90s, wolves quickly spread out of Yellowstone and into neighboring states, so many that there are now nearly 2,000 in Montana, Wyoming and Idaho. After a long and bitter legal battle, those states finally won the authority to manage, and sometimes kill, wolves outside the national park.

Doug Smith: I think so.

Bill Whitaker: So to have wolves you have to kill the wolves?

Doug Smith: In some situations, yes.

The first situation is cut-and-dried: any wolves that attack livestock are immediately killed themselves.

Erik Kalsta: I think that's helped a lot, at least with the ranching community. People feel better if they're not powerless to deal with something.

Doug Smith: And then wolves are hunted. There's a hunting season on wolves. All three states have them. So having wolves be hunted has probably increased people's willingness to share the landscape with them.

Randy Newberg: It looks like there's at least two of them.

Randy Newberg is living proof of that. He filmed a wolf hunt a few years ago for his TV show. It took him 11 days, and a hundred miles of trudging and tracking through the snow.

Randy Newberg: Yeah. If you want to increase your respect for wolves, go and chase them out on their landscape.

Hunters and ranchers and avid wolf-watchers rarely see eye-to-eye. But they now agree on at least one thing: wolves are back in Yellowstone, for good.

Doug Smith: People love this. You know, we live in an artificial world. It's stores, and cars, and roads, and buildings. Wolves are real. And people crave it. They love it. We almost have this thirst for something real now. 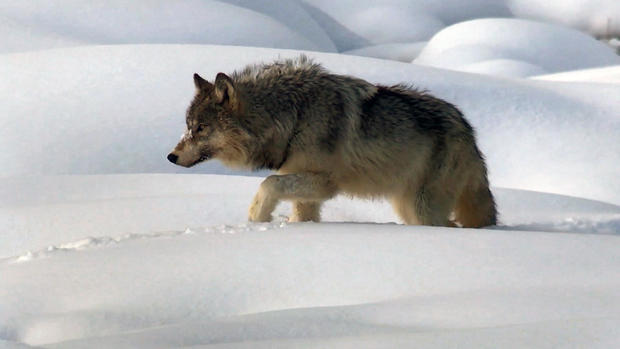 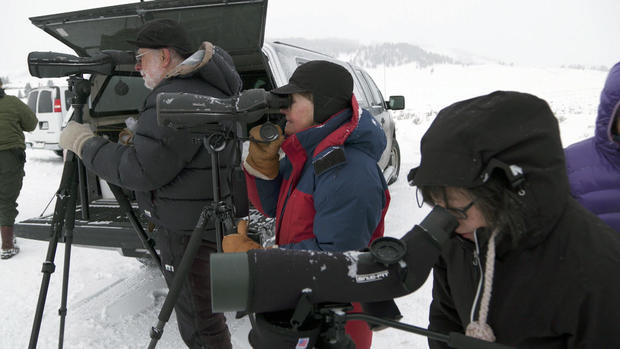 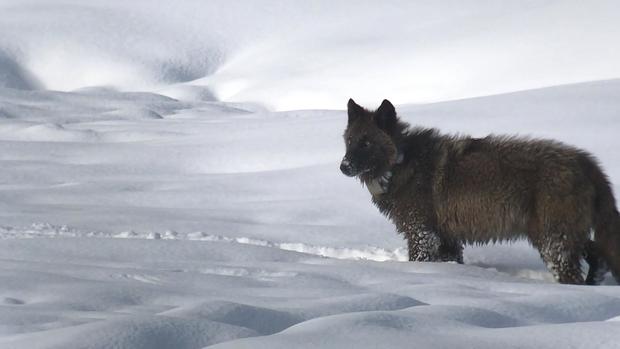 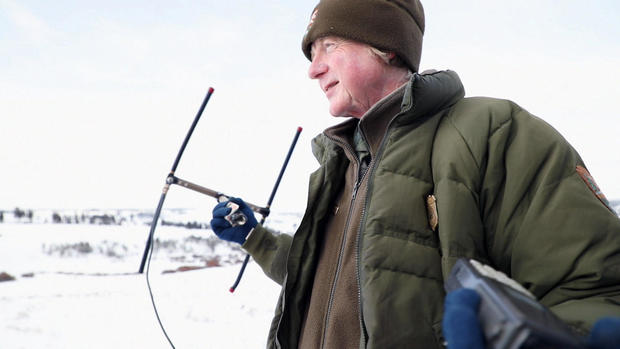 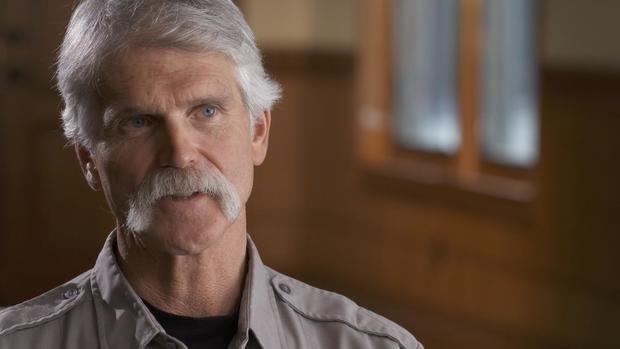 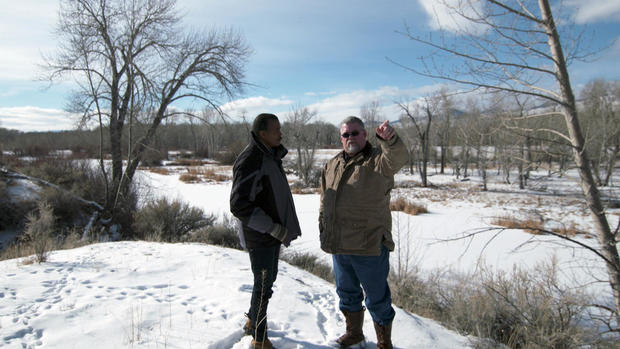 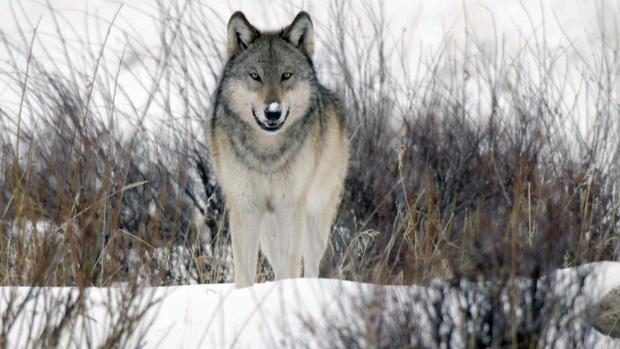 The debate over legalizing sports betting