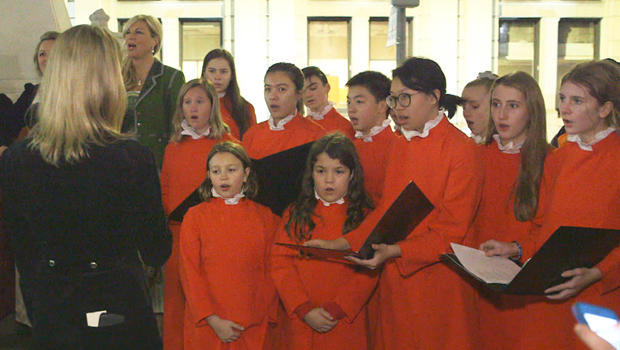 If there's one song that captures the true spirit of Christmas, it must be "Silent Night." The song's message of peace has been sung in more than 300 languages. Everyone from Elvis to Nat King Cole to Stevie Nicks has joined "Silent Night"'s chorus, with few renditions as popular as Bing Crosby's:

"It's a lullaby, and it's not just a lullaby for the baby Jesus, but really for all of us," said Bruce Forbes, professor emeritus of religious studies at Morningside College in Sioux City, Iowa.

"The Christmas song especially relates to average common people because of the very character of the song. It's easy to learn, it's in a good, singable range, and it expresses I think the feelings of the people," Forbes said.

The year was 1816, right after the Napoleonic Wars, when a poem of simple verse was written in German. "Stille Nacht! Heilig-eh Nacht!" or "Silent Night, Holy Night" was the masterwork of Joseph Mohr, an assistant priest in the small Austrian village of Mariapfarr.

"The legend is that apparently the organ didn't work, and so the request was made by Mohr that it be for two voices and could be accompanied by guitar," Forbes said.

It's believed "Silent Night" made its American debut at New York's Trinity Church in 1839. Decades later, the song even made its way to the front lines of World War I. It was Christmas Eve 1914 when English troops recognized the tune being sung in German by enemy troops. Both sides famously (if only briefly) put down their weapons, and celebrated the holiday together in what history remembers as "the Christmas Truce."

Forbes said, "It expresses the longing, I think, for peace in our lives. That's powerful."

It's a message that's as true today as it was two centuries ago, which is why last month Trinity Church once again hosted a performance of "Silent Night." The Trinity Youth Choir celebrated this hymn in English, Spanish, French, Japanese, and even Mandarian Chinese. Also performing were the Kroll Family Singers, who sang in German.

"Sunday Morning" contributor Faith Salie asked, "You've come all the way from Austria to be here, to sing this. Why?

An honor, and a break from tradition, for in Austria, "Silent Night" isn't usually sung until Christmas Eve. "Not before, no. It's forbidden to sing the song before," said Elisabeth.

Why? "Because it's a special song. It's a song for peace for all over the world. We want to say, 'Hold on, stop now, listen to our song, enjoy it, and feel your heart.'"

A plea for peace that still echoes to this day. 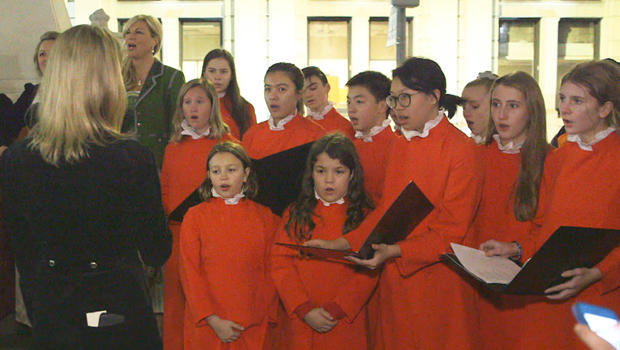 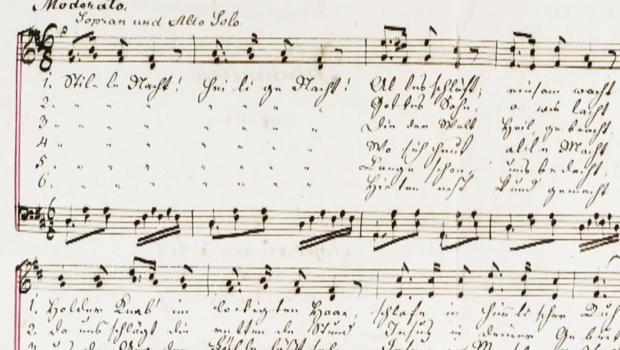 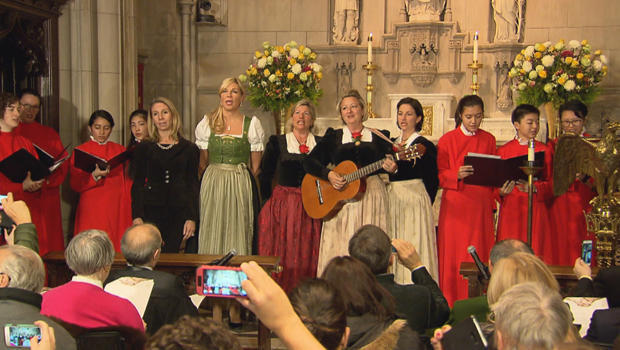