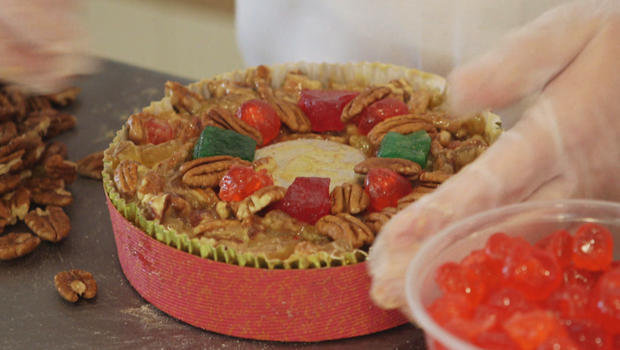 It's that time of year when some of us will reach into our Christmas stockings and wish we's found coal instead. What is that lumpy thing down there? It's fruitcake, that classic hockey puck of a dessert with the Christmas ornament-looking fruit on top.

As a kid, said correspondent Nancy Giles, just looking at it made her queasy! She couldn't deal with it … and neither could Johnny Carson. "You know, there's only one fruitcake in the whole world? And people keep sending it to each other," he said.

But in a bizarre Christmas twist, she met people who actually take the cake!

Jack Haskel works for the Pacific Crest Trail. He's part of a growing number of hikers who prefer to have fruitcakes as a seasonal break from protein and granola bars. "It's not the energy bar, it's not some goop. It's real food, not hiking food," he said.

"You've got a perfect food for a hiker that's trying to go the distance," said Brenda Braaten, a nutritionist who discovered that fruitcake could be more than just a doorstop.

"You're close to the same calories per gram in a fruitcake compared to a Snickers bar or a trail bar, but you're miles ahead on iron, magnesium, calcium," she said. "The mineral content is higher."

Braaten is just the type to make fruitcakes every holiday season, and she says friends and family actually like them!

The brandy may help.

"Brandy is an alcohol product," Braaten said, "and so alcohol is in-between fat and carbohydrate, so, sugars and fat."

And her fruitcake wasn't half bad!

"I'm not making faces," said Giles, sampling the cake. "I'd be making very bad faces if it was bad!"

But come on – who has time to make their own fruitcake?

Luckily, Collin Street Bakery in Corsicana, Texas, has been making fruitcakes since 1896. They must be doing something right, because even with those red cherries and weirdly green pineapples, they make 30,000 a day this time of year!

They've alsogrown wise to the fact that more and more long-distance athletes are usingtheir product as exercise fuel, so they're now churning out petite, bite-sized fruitcakes.

"I'll eat one of these about every hour," said athlete Tim Hoime.

Jack Haskel says there's another practical reason he prefers fruitcake over other snacks: "As an experienced wilderness traveler, I've eaten so many energy bars that I have a hard time stomaching them."

And how do they keep during the winter? "Well, if it's really, really cold they freeze and some brands become really hard as a rock. And I'll have to put it in my jacket to warm up. Fruitcake, though, is more cakey, so it doesn't have that same problem, even if it's a frozen brick, [you] can still eat it pretty easily!"

In the snow, out of her element and hungry, Giles felt it was finally time to test out a couple of those "bricks."

"It's got enough bang for its buck," she said. "It's really filling. Two bites of it and I feel like, oh, I've eaten something."

"Oh, I could eat three-quarters of the loaf right now!" said Haskel.

Yes, Jack, you are a fruitcake freak. 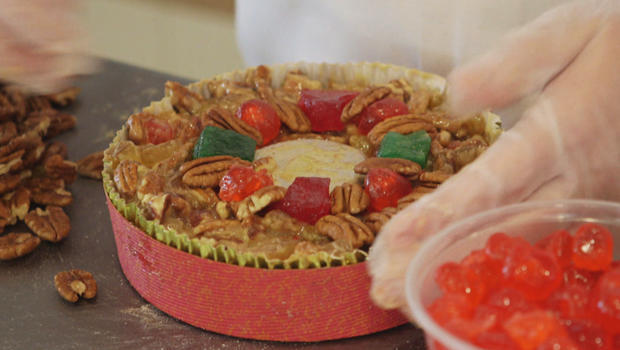 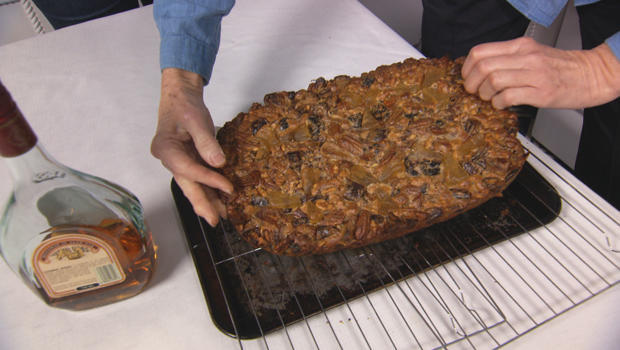 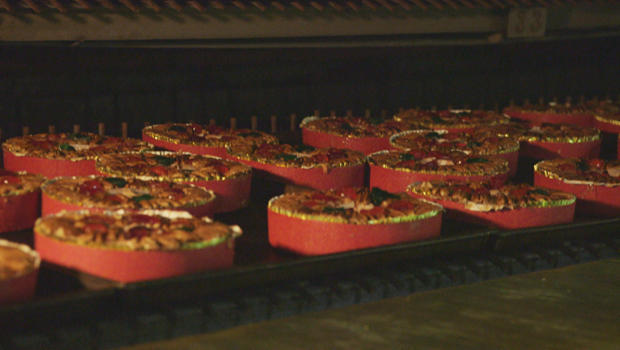 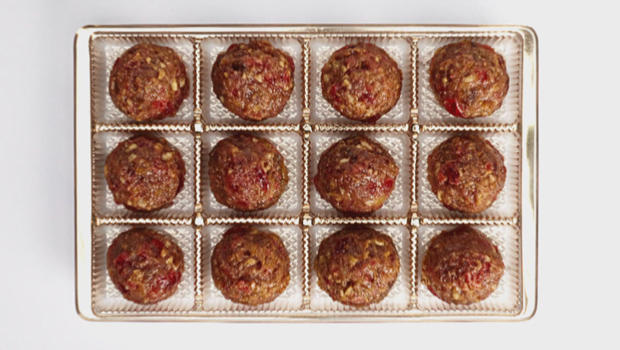 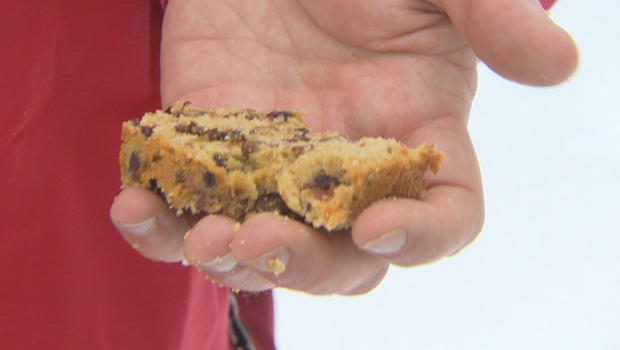