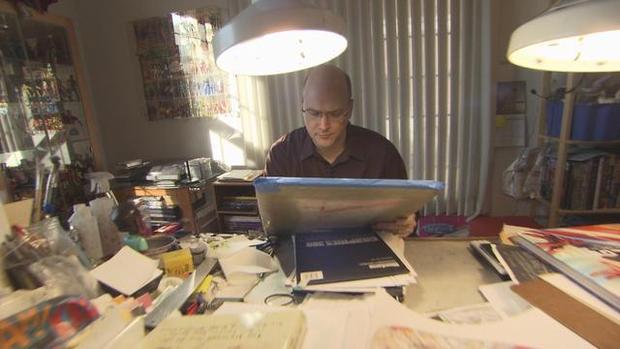 In the world of comic book artists, Alex Ross is a superhero. He's been called the Norman Rockwell of comics, putting his imprint on Superman, Spiderman, Aquaman and Captain America.

Ross wields his superpower in his paintbrush, and he allowed CBS News' Anthony Mason into his secret lair.

The little museum upstairs in Ross's home in the Chicago suburbs is every comic book fan's dream, filled with figurines, life-size superheroes and memorabilia.

"This is making up for a life where I had to ask or beg for toys, and so once I had money then I could buy everything I ever wanted. And it just never stopped," Ross said.

This is Alex Ross's world. He not only collects it, he creates it. In nearly 30 years as an artist and illustrator, he's painted almost every popular superhero. His work for DC was collected in the book "Mythology," and his work for Marvel has just been published in "Marvelocity."

"It's kind of a difference based upon mood and vibe of the material. There's something about the stoic heroes of DC that could be contrasted against the hyperkinetic heroes of Marvel," Ross said. "I knew from whatever you might call a very early age this is what I wanted to do, period. I wanted to make art of superheroes. I wanted to, you know, sort of live in their skin full time if I could."

As a kid, he began sketching his favorites, even making paper action figures, and found inspiration in his mother who was a fashion illustrator.

"She became more my hero in the sense of watching her go off and work and giving me the idea of, hey, getting paid to do this. Not strictly just for the medium I wanted to be in, but just getting paid to draw," Ross said.

Like his mom, Ross went to the American Academy of Art in Chicago, where he developed the realist style that would distinguish his superheroes.

"It's supposed to respect kind of the history of the character going back to the original art style if the 40s," Ross said of his version of Superman. "This thicker, heavier version of the character, where he looked like he would really beat the living hell out of somebody was something that drew me in. There's something graphically interesting about the Joe Shuster art style that way."

When Ross started in the late 80s, most comic book art was drawn and then inked in. But Ross wanted to paint his superheroes.

"It's like you're getting more content added at you. More detail. More illumination of the subject. It's the same thing that you're taking out of seeing them in feature films now," Ross explained.

Readers responded. He won the Comic Buyers Guide Fan Award for favorite painter seven years in a row and admits he wasn't surprised.

"It's a terrible thing to say I wasn't, right? That's really egotistical. I'm sorry. … I feel like I was waiting for somebody to come and do this. And I'd been following comics my whole life and there had been these wonderful painted covers when I was a kid in the 70s that I just felt man, to read a whole story that would look like that on the inside would be fantastic. Well, nobody was doing that then."

It has allowed Alex Ross to live the life he always imagined.

"It means everything, you know? The fact that I would be intertwined with it, that it could fill my days, you know. That's the joy I still experience. I like to connect back to the person I was in that thing that gave me so much joy as a kid." 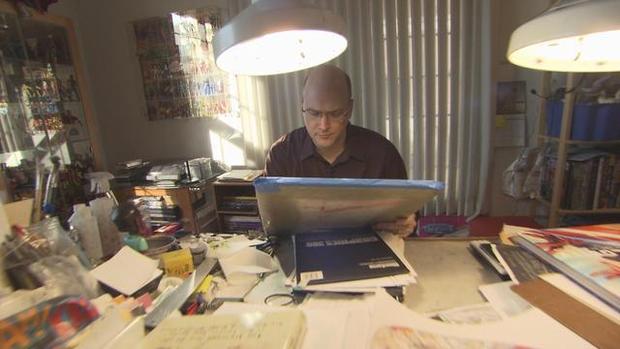 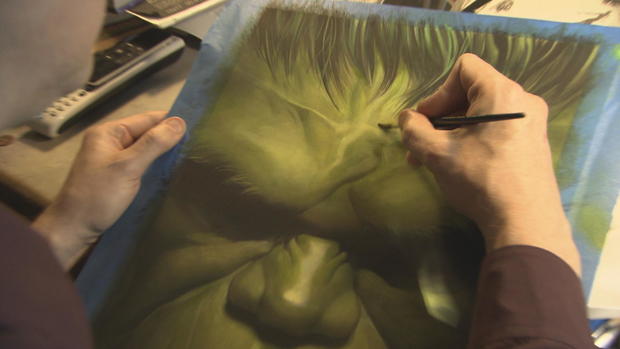 Senate to vote on bill to avoid rail strike