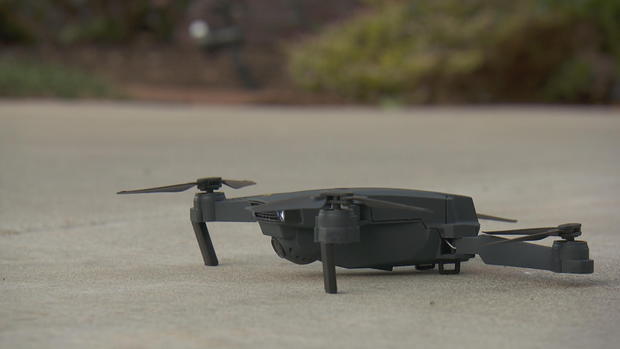 It was the promise of a great deal that Raul Gonzalez said prompted him to order a drone that popped up in his Instagram feed in October. A company called "Military Tees" said they'd marked down an $800 combat drone to just $100. But the supposedly high-quality drone arrived in a plastic bag from China.

The drone does fly, but when he demonstrated it for CBS News correspondent Anna Werner, the battery started dying after just a couple minutes.

Many people are being scammed by questionable ads on social media platforms like Instagram. Some products never arrive, while others turn out to be different than what you saw advertised. Almost all the ads in question come from companies you've never heard of before, promoting deep discounts.

Not only was the drone Gonzalez ordered not the high-end model he expected, he said it's not even worth what he paid for it. He found the drone available elsewhere for under $50 and when he contacted the company, he said says Military Tees wouldn't provide a refund.

"I'm trying to go about this the nice way. You guys aren't going about it the nice way…I'm going to file a complaint against you guys," Gonzalez said.

He's not the only one complaining, according to Katherine Hutt of the Better Business Bureau.

"It's hard to tell on social media advertising what's real and what's not, and unfortunately a lot of the ads are fake," Hutt said.

She said some of the ads feature photos of real high-quality products, but what the scammers are selling are cheap knockoffs. The snow blower one shopper thought he ordered turned out to be an ice scraper. Two other people told us they thought they bought "motorized surfboards" but instead got foam boogie boards. Hutt said do your research.

"The scammers use the same tactic that legitimate salespeople use. They know what works and that's what they use," Hutt said.

Artist Jenny Odell learned how some of those "companies" work while researching a particular watch as part of an art project. They're sold at deep discounts on Instagram. The stores looked hip, and trendy.

"A lot of the wording was, you know, copy and pasted from other websites. And a lot of the imagery was just stock imagery," Odell said
Odell found the people behind those companies were actually doing what's called "dropshipping" — setting up what looks like a store selling its own products online but instead simply acting as a middle man, marketing items from manufacturers, often in China. Those overseas companies then ship directly to the customer. The dropshipper doesn't design or manufacture the items or even hold any inventory.
"So you think that you're on a unique boutique site, somebody who's curated a really cool collection of clothes or shoes or accessories and really what you doing is you're just purchasing from a mass manufacturer who is going to dropship that package to you," Hutt said.
Odell never found out who was actually selling those watches. Unlike with a regular store, she said pinpointing their location turned out to be "impossible."
"I think after what I found, honestly, I wouldn't buy anything off of Instagram…I don't know, maybe I have more of an appreciation for brick-and-mortar retail now because at least you're in a place and you can see the thing and you can touch it and you can talk to people," Odell said.

Raul Gonzalez did get his money back, but only after filing a complaint with his credit card provider. He said Military Tees didn't even want the drone back. He discovered many others had similar complaints about the company. Instagram banned their ads and their website is no longer working. They never responded to our request for comment.

"It's wrong. It should be illegal. It's like, you know, saying I'm selling you a Jaguar and giving you a Pinto. I mean, it's the same thing," Gonzalez said.

We asked Instagram to sit down with us. It declined to do an on-camera interview but told us every ad gets screened before it's posted, with either human or automated review.

The company said that review allows it "to catch most of the policy-violating ads, but" that it's "continuously working to improve since some still manage to slip through."

A couple of things to look out for: the biggest red flag is a "too good to be true" price – if it's dramatically lower than that of other sellers, the Better Business Bureau said watch out.

Also, you can google the URL for the website to see if other people are complaining, and of course research products before you buy. 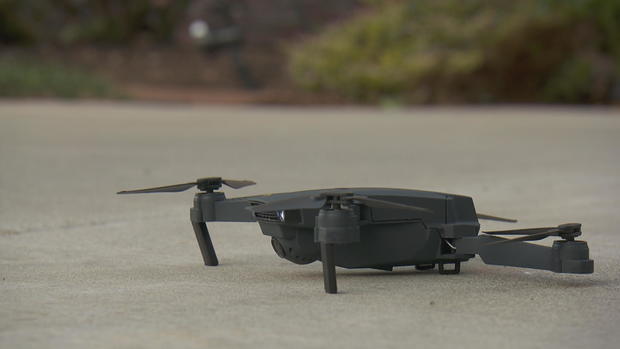 Family of boy thrown from balcony reaches settlement with Mall of...