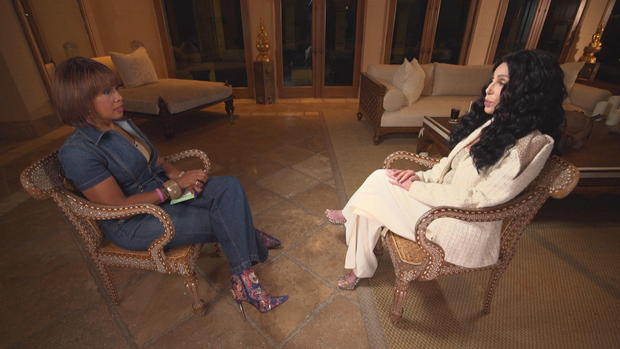 Cher joined the prestigious class of artists receiving recognition from the Kennedy Center for their lifetime contributions to American culture this year. With an Oscar, a Grammy, an Emmy and three Golden Globes, the legendary performer has plenty of hardware to show for her career spanning more than 50 years. To this day, few artists embody superstardom like her.

From her Malibu house overlooking the Pacific Coast, the place Cher has called home for the past 20 years, the iconic performer tells "CBS This Morning" co-host Gayle King that there's a distinction between who she is here and who she is on stage.

"I don't like going up to strangers. I don't like going into restaurants … but when I'm working, I'm just another person. I'm this person who gets to be free. Cher, onstage, has no boundaries and when I go on stage … I have to go from my height to, like, 15 feet tall," she said.

Born Cherilyn Sarkisian, Cher grew up in El Centro, California, and always loved singing. Her mother, Georgia Holt, is one of her strongest influences, someone she said she sounds just like.

Surprisingly, for a woman famous for her pipes, Cher said she doesn't like her voice. "Well, it's not my favorite thing," she said.

But there are a few songs that she does enjoy hearing, like "You Haven't Seen the Last of Me" and "Song For The Lonely."

The one that she is over hearing, especially when others try to sing it is her iconic, "If I Could Turn Back Time."

"It just always makes me crazy because everyone thinks they can do it, and nobody does it," Cher said.
And nobody has a No. 1 song on the charts for six consecutive decades – except Cher. The 1960s would mark the start of her professional career. She still remembers meeting the man who would change the course of her life.

"Someone said, 'there's Sonny,' and I turned around to look at him and I swear to God, it was like Maria at the dance. Everyone just disappeared and there was Sonny," Cher said. "I don't know what it was … it was something I never felt before."

Cher left home when she was only 16 and was staying at a friend's house when Sonny offered her a place to live.

"He said, 'I don't find you particularly attractive and I have twin beds,'" she recalled.

But Cher never realized that the two of them had something special together, musically. That was all Sonny.

"I didn't realize it. Sonny realized it, I had no idea," she said. "He wrote me a poem and said … 'You're a butterfly that deserves to be seen by all.'"

"He had been trying for a long time himself and had given up, and when he met me he said, 'this is the key.'"

Marrying in 1964, Sonny and Cher became a hit duo. The two were known not only for catchy lyrics, but those witty punchlines.

Despite the success of the Sonny and Cher comedy hour, the couple divorced in 1975. A little over two decades later, Sonny Bono died in a tragic skiing accident. Delivering his eulogy was "the most difficult" thing she'd ever done. She said it didn't make any difference that they'd been divorced for many years by then.

"If Sonny walked in here right now, I would call him short and he would say something to me. And people would be laughing. … Nobody would understand our connection because we didn't," Cher said.

Life would bring a number of changes, including a second marriage to Greg Allman of The Allman Brothers Band, and changes in her career, too. Cher would take on a new craft, starring in films like, "Silkwood," "Mask" and "Moonstruck," for which she won an Oscar.

"When I got up, I was so nervous and I didn't have anything planned 'cause I didn't really think I was going to win," she said.

Despite her massive success, Cher said she's been laughed at her whole life. At times, people didn't take her seriously.

"Well, because my career has been such a strange thing, you know? It's had … huge ups and downs. I went from, you know, Academy Award to an infomercial," she said. "But I just kept going."

At 72, she's not exactly sure how old she feels.

"I feel older than 40," she said. "Sometimes I feel really young and sometimes I feel I don't know if I feel 72 'cause I'm not quite sure what that is and my mom says, 'If you don't pay any attention to age, age won't pay any attention to you. And I always go, 'Mom, that's bullshit, OK?'"
She makes every age look good, continuing to give incredible performances. Known for a repeated string of "farewell" tours, Cher claims her upcoming U.S. tour – the first in five years – will be her last.

"This will be the last tour I ever do … I promise you," she told King. "But now, this is the time where you just don't come back because it's gonna take every ounce of energy to do it."

The name of the tour? "Here We Go Again." 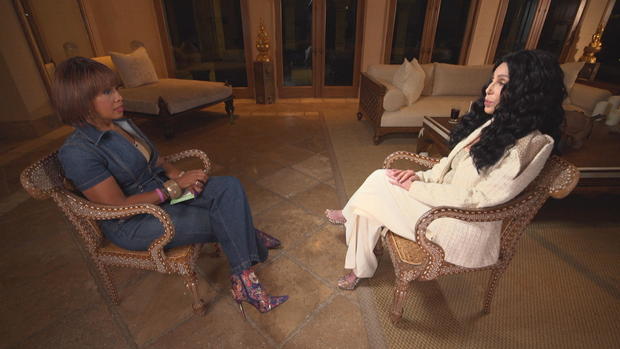 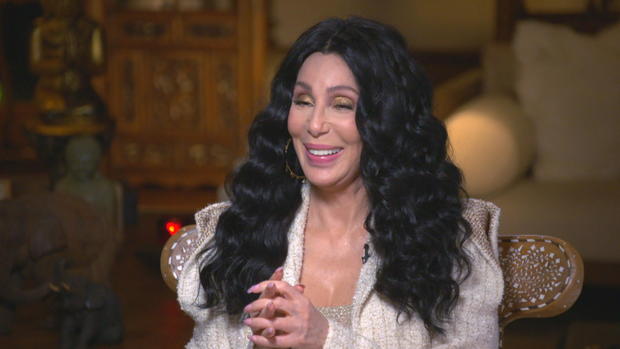