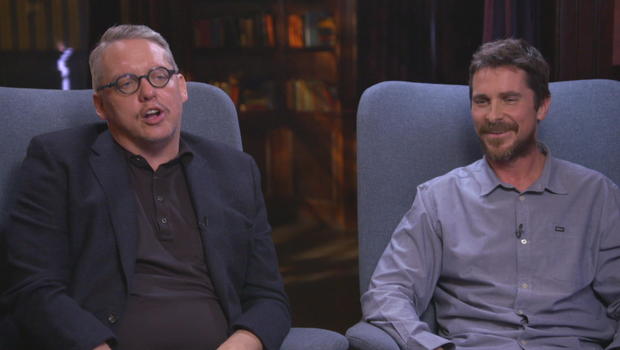 "Vice" has an early lead this awards season, with six nominations for Golden Globes. The dark comedy spans 50 years of Dick Cheney's rise to power, from wild nights and bar fights as a youth in Wyoming to a Washington insider who became the most powerful vice president in history.

The movie reunites actor Christian Bale with Adam McKay, who directed Bale in "The Big Short" and won an Oscar for best adapted screenplay.

Bale is well-known for getting deeply involved in a role. For "Vice," he transformed himself into the former VP where the film portrays Cheney as a shrewd political operative.

The idea for "Vice" happened by accident. Down with the flu, McKay picked up a book on Cheney.

"I started reading it and I was, 'Oh my God!'" McKay told "CBS This Morning" co-host John Dickerson. "And I saw a love story there. I saw an arc of ambition."

"At which point do you start thinking about Christian? While you were writing it or while you're reading it?" Dickerson asked.

"When Dick Cheney's described as a man lacking any charisma. Right?" Bale said. "That was when you went, 'Oh, gotta be Bale.'"

Intrigued, McKay kept reading – 18 books in all, he said – to gain insight into the man who pushed for the invasion of Iraq in 2003 and backed the most aggressive measures for pursuing terrorists at home and abroad. McKay said power was one of the aspects that drew him to the story.

"How does power affect human beings?" McKay said. "Dick Cheney was a guy through very quiet, brilliant means of understanding how our elaborate government works, took on this incredible amount of power while never having to stand in front of the spotlight, really."

"He claims to have absolutely zero regrets. He's a very strong-minded," Bale said. "And he will not back down ever."

Having worked with Bale on "The Big Short," McKay had him in mind while writing "Vice." To play the former VP, Bale shaved his head and packed on some 40 pounds.

Famous for physical transformations, in 2004, Bale lost 60 pounds to play an insomniac in "The Machinist," only to bulk back up the following year to play Bruce Wayne in "Batman Begins." In 2010, he slimmed down and took home a supporting Oscar for "The Fighter," then shaved his head and gained a paunch for "American Hustle." Bale attacks every role with the same intensity.

"How long do the characters stay in your head?" Dickerson asked.

"Do they ever leave? I don't know, really," Bale said.

Like McKay, Bale studied Cheney from the tiniest details to the big ones – like suffering multiple heart attacks.

"I went and I got a wonderful cardiologist to act out. He didn't want to do it initially," Bale said. "And then I convinced him, I said, 'Come on, let's get up on our feet, and can you show me the different extremes,' you know, from clutch into the just sort of strange feeling in my stomach… And I had him actually act it all out for me. So then I just stole his performance and put it in the film."

During production, McKay said he smoked heavily and over-ate, like Cheney, who reportedly ate a dozen donuts and smoked three packs a day. When the filming ended, McKay tried to get back in shape.

"Then I had, like, tingly hands, but my stomach was queasy. And I think we all think of heart attack as chest pain, arm pain. So I told my trainer, I was like, 'I'm fine, don't worry about it,'" McKay said. "And then the second he left, I remembered this fella [motioning to Bale] telling me, 'How do you want me to play the heart attack? You want, like, queasy stomach or, like—"

"And I ran upstairs and took four baby aspirin and called 911," he added. "And when I got to the doctor, he's like, 'Why did you do that?' And I said, 'My lead actor had told me that was a symptom.' … He's like, 'Well, because you did that, you have no damage to your heart.'"

"But if you'd phoned in your character, hadn't gone to the cardiologist, hadn't figured out, hadn't gone deep, you wouldn't know all that," Dickerson said. 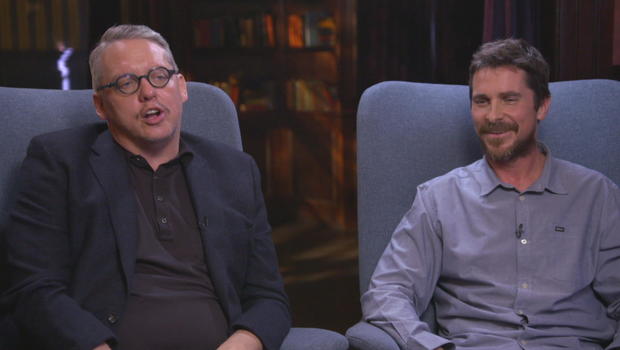